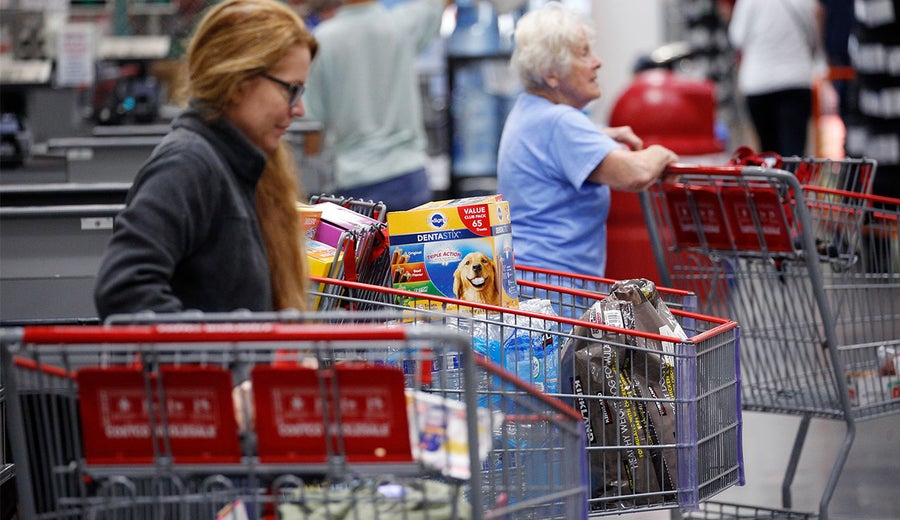 Many of us would be at a loss if we were suddenly forced to replace a car engine or items lost in a house fire.

Nearly three in 10 (28 percent) U.S. adults have no emergency savings, according to Bankrate’s latest Financial Security Index. One in four have a rainy day fund, but not enough money to cover three months’ worth of living expenses.

Getting into the habit of regularly saving money is critical, experts say. If you’re making automatic contributions to a 401(k) plan at work, you might as well have a portion of each paycheck deposited into a vehicle such as a high-yield savings account. Unfortunately, it’ll take a lot more than that to solve the so-called savings crisis.

Unprepared for a rainy day

Just 18 percent of Americans say they could live off their savings for at least six months. That’s the lowest percentage of people with an adequate savings cushion in nine years of conducting Bankrate’s poll.

Multiple factors have made it difficult to save for emergencies.

“Household expenses have gone up and in many cases incomes haven’t kept pace,” says Greg McBride, CFA, Bankrate’s chief financial analyst. “So if you haven’t been adding to that savings, that and the regularity of unplanned expenses can easily chip away at what once was an adequate savings cushion.”

Research, including a recent Bankrate study, also suggests that a growing number of workers have one or multiple side hustles. Achieving financial stability can be difficult when the need for your services as a consultant or freelance photographer can change from week to week.

“If the demands aren’t really there, that really shifts a bunch of risk to the employee,” says John Thompson, chief program officer at the Financial Health Network, formerly known as the Center for Financial Services Innovation. “Do I know when I’m working? Do I know how many hours I’m going to get, and then in turn what my income is going to be for this week or next week, or the week after? The employee is generally powerless against that kind of intelligence.”

But Thompson notes that there is an income instability and predictability issue that’s present among different kinds of households and workers, not just tech workers in the gig economy.

How much we should save for emergencies

Though few respondents in the survey have six months’ worth of emergency savings, more than half (52 percent) say they need that much money readily available to feel comfortable about their financial situation. One in five say they would be comfortable with just three to five months’ worth of savings for a rainy day.

How much you should save in order to be prepared for the unexpected varies depending on your personal circumstances and the kind of job you have.

“There are instances where even a six month cushion is probably not enough, particularly those that are sole breadwinners or in business for themselves and those that have variable or unpredictable income,” McBride says.

Noting the kinds of emergency expenses families might have to pay for, Bill Van Sant, senior vice president and managing director at Girard, a wealth advisory firm, recommends having enough cash to cover expenses for as many as 12 months.

Compared to their poorer counterparts, wealthy Americans are more likely to have a sizable amount of emergency savings. Similarly, how the survey respondents feel about the economy depends in part on their own financial status.

Nearly 6 in 10 adults believe the current economy is good (47 percent) or excellent (12 percent). That’s true for most (68 percent) of the highest earners. But among the poorest households, half describe the conditions as “not so good” or “poor.”

“Lower-income Americans and less-educated workers were really the final beneficiaries of the economic recovery,” McBride says. “It’s really only in the past two, three years that their situation has started to improve. But unfortunately, they’re also going to be the hardest hit and the first to be hit whenever the economy does take a downturn.”

Perspectives vary widely based on political views, too. Republicans are significantly more likely to say that the economy is in good shape (77 percent say it’s “excellent” or “good”). Meanwhile, nearly half of Democrats (49 percent) describe the economy as “not so good” or “poor.”

Predicting and preparing for the next recession

Americans also disagree on how soon we’ll see the next recession. One in four (26 percent) believe it’ll be at least two years before the economy takes a turn for the worse.

“Statistics have shown over time that those that start their careers during or shortly after a recession have a permanent hit to their earning capacity that stays with them for decades,” McBride says.

Experts say we shouldn’t worry. McBride believes we’re more than 12 months away from another recession. In the meantime, he recommends paying down and consolidating debt, and locking in fixed rates. Build up your emergency fund and move cash into a high-yield CD or savings account. Protect your earning power as well, he says, by getting the latest professional certifications and ensuring you have the technological skills needed to remain competitive.

If you’re preparing to head into retirement and concerned about signs of a future recession, reduce your equity exposure, says Van Sant from Girard. Estimate what your budget will be like once you leave the workforce and try to live off that now.