Preview of the December Fed meeting: 4 key themes for borrowers and savers 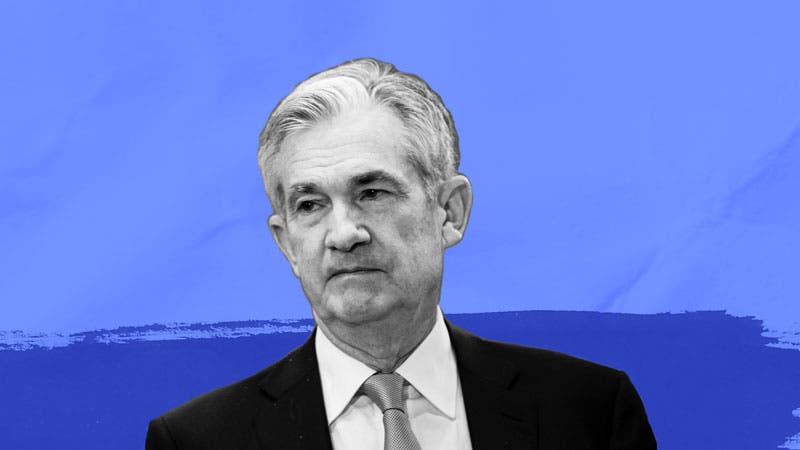 It was one of the most tumultuous years for Federal Reserve policy in recent memory: After hiking rates four times in 2018, officials pivoted toward keeping borrowing costs steady before eventually cutting them.

But now, as policymakers on the Federal Open Market Committee (FOMC) gear up for their last rate-setting meeting of the year, they look poised to come full circle, closing out the year the same way it began.

Fed Chairman Jerome Powell and Co. are widely expected to keep interest rates unchanged after wrapping up their two-day meeting in Washington on Dec. 10-11. Such a move would leave the federal funds rate in a target range of 1.5 percent and 1.75 percent.

Officials are also expected to signal that policy is in an appropriate place, meaning the “make-no-move” policy posture has returned.

“The Fed is now obviously in wait-and-see mode,” says Greg McBride, CFA, Bankrate’s chief financial analyst. “They’re sitting back, evaluating incoming economic data and gauging not only the impact of their three rate cuts this year, but whether and when the economy might require further movement on the interest rate front.”

But with the Fed poised to also release an update of its economic projections and rate forecasts, there’s going to be a lot to pour over.

Here are four key themes to focus on at the Fed’s December meeting.

1. The Fed is almost certainly going to leave rates alone

Even Powell himself acknowledged how much the Fed has changed over the course of the year. This year’s three rate cuts have essentially reversed most of 2018’s rate increases.

“We’ve made very substantial adjustments to policy,” the chief U.S. central banker told journalists during the Fed’s October press conference. “We entered the year expecting some further rate increases; we went to ‘patient.’ Now, we’ve done three rate cuts. It’s a very substantial shift, and the effects of it will be felt over time.”

But those three cuts have left Fed officials feeling as if they no longer have to be on the defensive against economic risks, from the president’s erratic trade policy to the slowing global growth picture. In the weeks leading up to the Fed’s December meeting, Powell reaffirmed that the U.S. economy is holding up, meaning the record-long economic expansion will continue.

“At this point in the long expansion, I see the glass as much more than half full,” Powell said during a Nov. 25 speech in Rhode Island. “The full effects of these monetary policy actions will be felt over time, but we believe they are already helping.”

Those comments have all successfully squashed investors’ expectations that more cuts are coming. On Oct. 25, just before the Fed delivered its third straight cut, 22 percent of investors also expected a fourth cut in December, while 40 percent estimated a cut in January, according to CME Group’s FedWatch. As of Dec. 5, however, no investors are estimating a December reduction, while only a modest 11 percent are betting on one in January, according to the tool.

Central banking research suggests that monetary policy is more effective when it doesn’t surprise markets. An unexpected rate move could cause a negative reaction, which would ultimately weigh on growth.

These market expectations suggest that the Fed is going to follow through.

“You’re going to hear the Fed reaffirm its pause position,” says Michael Farr, president and CEO of Farr, Miller and Washington, a D.C.-based wealth management firm. “You’re going to hear them describe that this is a mid-cycle adjustment, not a reversal of course. There’s going to be some fairly firm, calm language from Powell, saying, ‘This is it folks.’”

2. Officials will hold their cards close to the vest

But if you’re looking for a clue about what the Fed will do next, you likely won’t find it at this month’s meeting. Officials probably aren’t going to want to lock themselves into any type of move.

Overall, data has been firm since the Fed’s three cuts, suggesting that the cuts’ stimulus has already helped the economy. Job growth in October was unexpectedly resilient, holding up against a slump in manufacturing and striking workers at major auto companies. Meanwhile, the economy expanded more than expected in the third quarter, propped up by a healthy consumer amid weakness in manufacturing and business investment.

Powell will likely hum an optimistic tune at the Fed’s press conference, with the post-meeting statement reflecting that the labor market remains strong and economic activity has been satisfactory.

Even so, Powell has mentioned that “there’s plenty of risk left,” most of it on the trade front. The president on Tuesday mentioned that he’s in no rush to strike a deal with China less than a day after White House officials threatened to enact levies on goods from France.

“It hasn’t gotten worse, but certainly the threat the trade dispute poses to the U.S. economy has not diminished,” McBride says.

A fresh round of 15 percent tariffs on $160 billion worth of goods from China are also set to go into effect on Dec. 15. As a result, the Fed’s likely going to be acting on a meeting-by-meeting basis.

“They really want to indicate that it depends on the data,” says David Berson, chief economist at Nationwide. “If economic growth is weaker than they expect, they can ease. If inflation remains stubbornly below their goal, they can ease. But if a big trade agreement gets done, or if inflation does pick up finally, we could see tightening. They want it to really depend on what growth and inflation will do.”

3. Watch for updates to the Fed’s quarterly economic projections

The Fed is also set to update it’s quarterly economic projections and “dot plot” chart, which shows officials’ forecasts for interest rates over a three-year period. But be careful about reading too much into the dots, McBride says. Because the Fed is operating on a meeting-by-meeting basis right now, it’s usefulness has been diminished.

“You can’t rule out any changes to the dot plot, but at the end of the day, it’s not a prediction anyway,” McBride says. “The Fed’s own forecast has been very fallible.”

[READ: The Federal Reserve’s dot plot explained — and what it says about interest rates]

The Summary of Economic Projections, however, may be more useful. Here, officials submit their forecasts for growth, employment and inflation over a three-year period. But drastic shifts aren’t likely.

“The Fed is going to reiterate that they’re going to be monitoring economic and financial developments, not indicating any bias toward either raising or lowering rates in the near-term,” he says.

Not all economists are convinced that the Fed can be on hold forever. Nearly two-thirds (or 62 percent) estimate that the Fed’s next move would be a cut, according to Bankrate’s Fourth-Quarter Economic Indicator survey. That’s also in line with what investors are thinking, the majority expecting the Fed to cut as soon as July 2020, according to CME Group’s FedWatch.

“There’s still going to be more of an easing bias than a tightening bias,” Berson says.

4. When will the Fed move on rates again?

That won’t stop Fed watchers from reading the tea leaves for more clues about what could get the Fed to move again.

Powell said in October that Fed policy will remain appropriate, as long as there’s not a “material change” to the outlook that causes the Fed to reevaluate its thinking. Many economists are likely going to want to know what constitutes as a “material change” in the Fed’s view.

“Topping the list could be a sharp drop in gross domestic product, consumer spending, an unmistakable turn in the labor market or an unexpected movement in inflation either up or down,” McBride says.

But the Fed is going to have a lot on its mind in 2020, making the future of policy uncertain. At a time of historic division among policymakers, a new crop of officials is going to be rotating onto the Fed’s voting seats: Philadelphia Fed President Patrick Harker, Dallas Fed President Robert Kaplan and Minneapolis Fed President Neel Kashkari.

Kashkari is considered by Fed experts to be one of the dovish Fed officials. Harker, however, has openly expressed opposition toward cutting rates, while Kaplan may be more in the middle.

“Monetary policy is governed by the committee and the committee can have a range of views and disparate views,” McBride says. “In the end, it’s the majority that ruled.”

The 2020 presidential elections are also approaching. Though history suggests that the Fed has often moved rates during an election year, they may want to hold off amid unprecedented Oval Office opposition.

President Donald Trump hasn’t been shy about expressing his displeasure for Fed policy, specifically Powell, whom he appointed. In September, days before the Fed cut interest rates for the second time in 2019, Trump called officials on the FOMC “boneheads.” He also badgered them to reduce rates to “zero or lower.”

Powell and Vice Chair Clarida met with Trump in November for the second time this year. The president described the meeting as “cordial” and added that all topics were discussed, including negative rates, of which Trump has been a frequent proponent.

Presidents since the Clinton era have typically refrained from publicly calling out Fed policy. They believe that silence will bring the desired outcome anyway because the Fed wants to avoid appearing as if it’s bending to political pressure.

What this means for borrowers and savers

“It’s a little early for the Fed to take a victory lap,” McBride says. “But when we look back, the Fed started the year by backing off their forecasts for rising rates and adopting a patient stance, then actively cutting rates beginning in the middle of the year. Now, we’re back to wait-and-see mode to evaluate the effect of those three cuts.”

Savers can rejoice with the Fed seemingly now on hold again. The Fed’s three cuts this year virtually reduced all of the hikes from last year except for one, meaning yields have been reduced on savings accounts and certificates of deposit (CDs).

At the same time, borrowers are still in a good place. The refinancing environment is ripe and will likely stay that way, McBride says. If it’s right for your financial situation, refinancing could potentially shave a couple hundred dollars off of your monthly payment, freeing up some extra money to put toward other goals.

With the economy still intact, it’s also a good time to practice good financial housekeeping, McBride says. That includes padding your emergency savings, paying off high-cost debt and focusing on your retirement contributions.

“In particular, as you move toward the end of one year and the end of the next, there’s opportunity on the retirement savings front,” McBride says. “Stuff some more money into your 401k before the door slams shut at the end of the year.”

Don’t put your financial goals on hold just because the Fed is. If there’s anything Fed officials and watchers have learned, it’s that the situation can change. The good times won’t last forever.