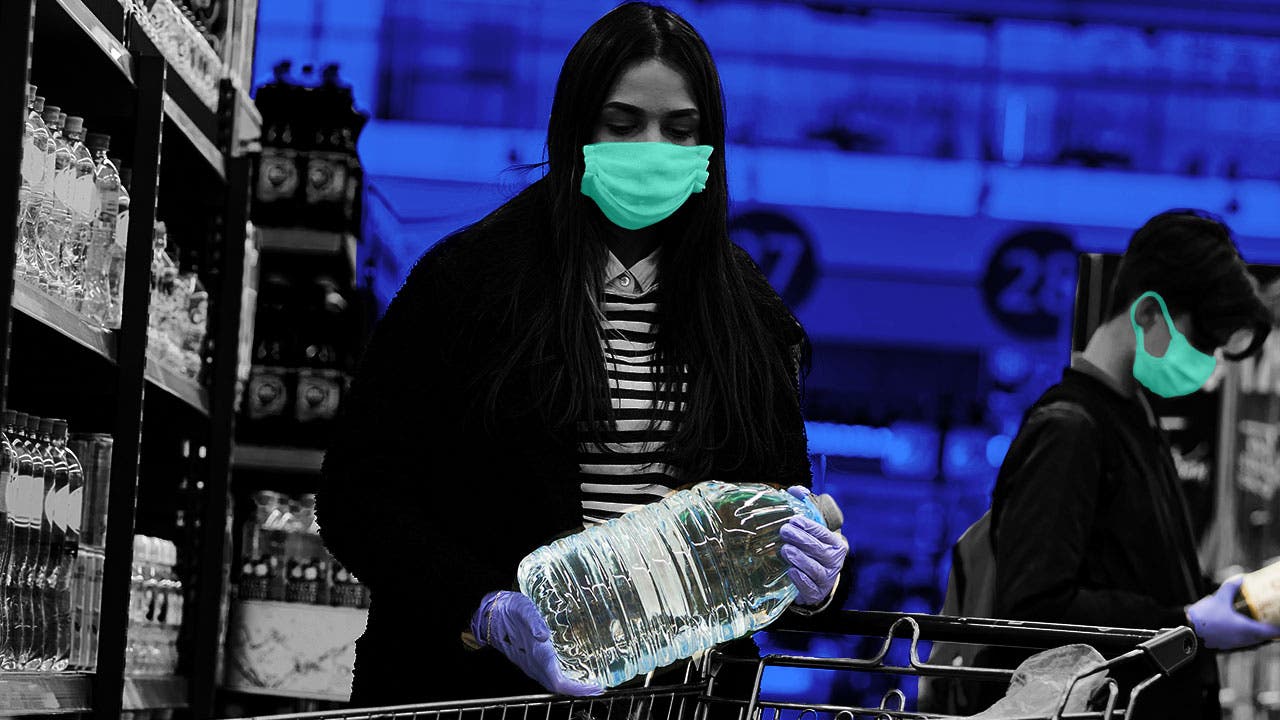 The U.S. economy isn’t like the movie “Field of Dreams:” If you reopen it, there’s no guarantee anyone will come.

With the unofficial start of summer just around the corner, states continue to tiptoe toward a nationwide reopening amid the coronavirus pandemic. But just 1 in 3 adults (specifically 35 percent) say it’d take less than a month before they’d feel comfortable visiting local businesses if they were to open up between now and the end of Memorial Day — even with enhanced safety procedures, according to a new Bankrate survey. That total includes 22 percent who’d feel comfortable visiting within a week.

Meanwhile, more than half (or 55 percent) say businesses are reopening too soon, and more than 2 in 5 (or 43 percent) say they expect to shop less in public than they did before the outbreak. Republicans and Democrats are on opposite sides of both of those issues, according to the poll.

It suggests the U.S. economy can’t be flipped on and off like a light switch, as experts far-and-wide echo concerns that the pandemic might wreak a toll on consumer spending that can’t immediately be made up. It also highlights one of the most pressing pick-your-poisons in modern times that’s left both sides of the aisle divided: Saving lives or the economy.

“While retailers are naturally eager to welcome consumers back to brick-and-mortar locations, store traffic won’t return to normal in the near future,” says Mark Hamrick, Bankrate’s senior economic analyst. The survey indicates “consumer spending will remain under pressure.”

The pandemic has wreaked havoc on the financial system both here and abroad, unraveling a downturn unlike anything the U.S. economy has seen since World War II, according to Federal Reserve Chair Jerome Powell.

States coast-to-coast issued stay-at-home orders in mid-March to keep as many people at home as possible, shutting down bars, restaurants, retailers, theaters, gyms and beauty salons to prevent the spread of the virus. The pathogen has infected more than 4.48 million worldwide, with about a third of the cases occurring in the U.S.

Those efforts have deprived the U.S. economy of its main source of fuel: consumer spending. Yet, Bankrate’s survey suggests the main culprit might be the lockdowns combined with a fear of the virus.

Individuals’ comfort levels with entering brick-and-mortar stores also posed a puzzling age divide, given that the virus has shown to be more deadly for individuals in older generations.

Those who are 73 or older, as well as those between the ages of 18 and 24, are the most eager to venture out. Nearly 44 percent and 42 percent, respectively, say they’d be comfortable visiting a store less than a month after its reopening. It’s the highest of any age group, and it compares with just 3 in 10 millennials who say they’d be willing to venture out within a month of a firm’s reopening.

At the same time, about 17 percent of those aged 73 or older won’t feel comfortable going to a store unless there’s a vaccine or the virus is contained, compared with 5 percent of those between the ages of 18 and 24.

When it comes to in-person trips, more Americans plan to visit less

Once Americans do return to stores, they aren’t expecting to shop in-person as much as they did before the outbreak began. More than 2 in 5 (or 43 percent) say they expect to shop less at brick-and-mortar locations once businesses reopen. Another 42 percent expect to stick to the same routine, while 5 percent say they are going to ramp up their visits.

All of this foreshadows a continued slump in sales for traditional in-person retailers, long after the restrictions end. That doesn’t bode well for growth moving forward, given that spending makes up two-thirds of the economy.

“Nobody consumes as reliably as the American consumer. You give them a dollar, they will spend it,” says Michael Farr, president and CEO of Farr, Miller & Washington, a D.C.-based investment management firm. “But if they feel threatened going to the marketplace, that’s going to stop a certain number of trips, and that’s going to lower consumer spending. Consumption is about 70 percent of GDP. It’s hard to grow your economy when two-thirds of it can’t support it.”

While more than half (or 55 percent) think local businesses are opening too soon, nearly a quarter (or 23 percent) say the timing is just about right. That compares with 9 percent who say it’s too late, and 13 percent who don’t know.

Women are more inclined to think it’s too soon for businesses to reopen, with 61 percent saying it’s too early compared to 49 percent of men. At the same time, 62 percent of baby boomers (those between ages 56-74) say it’s too soon to open the economy, versus 48 percent of those in Generation Z (individuals between the ages of 18-23).

“While governments are giving the go-ahead to Americans to venture out of their homes to resume a semblance of their lives before the lockdowns, a majority believe this is happening too soon,” Hamrick says.

Three-fourths of Democrats say it’s too soon to reopen

The coronavirus pandemic has become as much of a hot-button political issue as it has been a health concern, with red and blue states disagreeing on when and how to reopen.

Georgia garnered national attention May 1 after Republican Gov. Brian Kemp spearheaded an aggressive reopening, letting the state’s stay-at-home order expire on April 30. As a result, businesses including hair salons, gyms, bowling alleys and theaters were permitted to open up with certain social-distancing restrictions. As of May 15, a total of 32 states have begun a partial reopening, eight are reopening parts of the state, and six are on their way toward reopening. Anti-lockdown protestors have gathered at capitals across the country, including in Illinois and Michigan, two of the four states that remain closed.

One argument favors opening the country to prevent further economic peril, suggesting businesses are capable of enforcing social-distancing restrictions. Others have advocated in favor of keeping the economy operating at a reduced capacity to prevent the virus from spreading more.

“There are folks who’ve made the economic argument to say that the economic damage done here will likely cause as much harm to human suffering as the disease may itself,” Farr says.

Half of U.S. households experiencing financial pain from pandemic

But consumer spending is just as much about willingness to spend as it is ability, and Bankrate’s survey shows that both have been sapped by the pandemic.

Half of U.S. households in Bankrate’s nationwide poll say they or a family member has experienced financial harm from the outbreak, with the most common reasons being a layoff or furlough (19 percent), hours reduction (20 percent), or pay cut (16 percent).

It comes at a time when more than 36.7 million Americans have filed for unemployment benefits since the week of March 13, when President Donald Trump declared a state of emergency to crack down on the virus’ spread. Meanwhile, businesses have cut more than 21 million jobs since March, the Labor Department’s April employment report showed. Joblessness has surged to levels not seen since the Great Depression, after holding at near half-century lows just two months earlier.

Given that fears of a second wave are at the top of many Americans’ minds, the coronavirus pandemic is unlikely to leave the national conversation anytime soon. Bankrate’s survey suggests political parties couldn’t be more divided as the 2020 presidential race heats up, a high-stakes election for both sides come November.

“The nation’s political divide is in full view here with 3 of 4 Democrats saying it is too soon to be reopening businesses compared to about 1 in 3 Republicans,” Hamrick says.

President Trump released reopening guidelines for states in mid-April, laying out three phases and suggesting governors should kick-start the process once there’s been a 14-day period in which the number of new coronavirus cases have declined.

Online stores will likely have a competitive edge, given that Americans won’t have to contend with fears of catching the virus if they shop from home. But that might not be enough to fill the gap as hotels, airlines, restaurants and cruise lines all feel a squeeze. With many Americans still feeling financial pains from the shutdowns, they might not have the wherewithal to spend at the usual pace.

No one knows how long the current downturn will last, meaning it’s crucial to seek out ways to control the controllable and prepare your finances. Cushioning your finances for a downturn includes building up your emergency savings and chipping away at high-cost credit card debt.

“We all want to be armchair experts about what we think is going to happen, but the real truth is, we don’t have any idea,” Farr says. “As long as we see that it’s an unknowable unknown, we can figure out ways to proceed.”

Bankrate.com commissioned YouGov Plc to conduct the survey. All figures, unless otherwise stated, are from YouGov Plc. Total sample size was 1,341 adults. Fieldwork was undertaken May 5-6, 2020. The survey was carried out online and meets rigorous quality standards. It employed a non-probability-based sample using both quotas upfront during collection and then a weighting scheme on the back end designed and proven to provide nationally representative results.