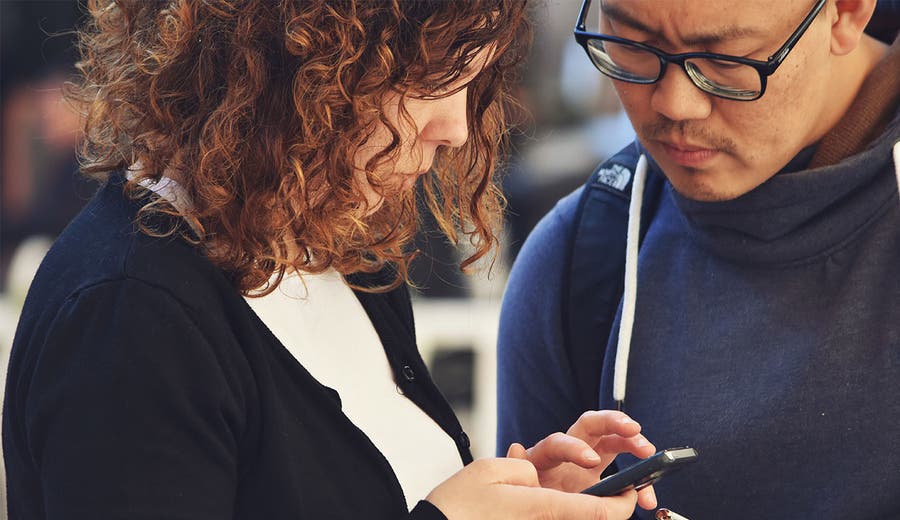 I’m a non-smoking 31-year-old, which means I’ve got a 50-50 shot to hit 90. In order to afford that kind of longevity, my wife and I need to save furiously over the next three-and-a-half decades, while raising a family and paying off student loans.

Of course, there’s Social Security, and our tax-preferred retirement savings. But what if I live to 100? What if markets descend into a lost decade right as we retire? What if health care costs force us to eat into our savings, leaving our nest egg too light? The days of private pensions are long gone, and American workers are on their own.

I’m not alone in fearing an excessively long life. The biggest financial regret for Americans is not saving early enough for retirement, according to a Bankrate survey.

You simply are not financially secure if you’re living the next 30 years on $120,000 and a social security check.

Pensions, where art thou?

The American Express Company introduced the first private pension plan in America in 1875. More than a century later, just after the creation of the 401(k), more than 80 percent of workers in large companies could count on a pension, according to the Bureau of Labor Statistics. Even in the early 1990s, 35 percent of workers had a pension.

Now about half have one, and those that do are largely represented by unions, whose power is waning. Tax-deferred retirement plans replaced defined-contribution plans, but 401(k)s and IRAs have largely failed to deliver. Only about half of all families, according to Boston College, will maintain their standard of living in retirement.

In the blink of a historical eye, retirement income has transformed from something largely done for you to something you must do for yourself. That trade-off hasn’t worked well in practice.

“The current retirement system incentivizes you to die younger,” says Carey. “You’re afraid you’re going to run out of money.”

Here’s how it works: You’re essentially signing up for a more accessible income annuity. Rather than handing over a six-figure check in a lump sum, Blueprint’s “personal pension” allows you to contribute a small amount each month. You only have to fork over a minimum of $5,000 in the upfront payment, which Carey hopes to lower in the near-term.

Blueprint is a fiduciary, meaning it has to act in your best interest, and charges a one-time commission of 1 percent to 3 percent when you buy an annuity product from one of its partners. That fee is reflected in your quote, so you don’t have to pay it up front.

One goal, Carey says, is to have employers offer their 401(k) match into an annuity, so employees could still take advantage of higher gains and compounding interest from a broad-based low-cost stock portfolio.

Let’s say I planned to retire at 65, and wanted to secure a monthly income of $2,500. Using Blueprint’s tool—it took about a minute to fill out—I would need to save $300 a month, which would increase 5.5 percent every following year, in addition to the initial $5,000 check.

That would work out to a contribution of more than $300,000, only paid over two decades.

“More paternalism,” says Carey, “can be a good thing.”

Should you use Blueprint Income?

Carey doesn’t want you to forgo your 401(k) for Blueprint, and believes his company’s product doesn’t make sense for someone without retirement savings, or who has less than about $15,000.

“The Personal Pension, or any annuity for that matter, should not be the first place you save,” he says.

Instead think of it as a replacement for all those Treasuries and corporate debt you’re holding.

“If someone is already allocating some of their retirement savings to bonds, then this is a better use of that money for many people,” he says.

The sweet spot, according to Blueprint’s experience, is age 40 to 55, when the idea of maintaining your wealth, rather than building it, gains purchase.

Mike Piper, a St. Louis-based CPA and author of the Oblivious Investor blog, believes these types of boring annuities—such as an immediate or deferred income product—can be a helpful tool for many, but cautions there are downsides, including giving up the income when you die.

He also notes that you can basically “buy” yourself an annuity by delaying filing for Social Security, and earning a higher monthly check.

“The payout provided by delaying Social Security is quite a bit higher than the payout you could get from an annuity from an insurance company,” says Piper.

Unfortunately, folks aren’t doing this. Just 3 percent wait until 70 to start taking checks, and about 60 percent of baby boomers say Social Security will be a major source of retirement income, up from 42 percent five years earlier, according to the Insured Retirement Institute. Social Security is only meant to replace about 40 percent of your spending.

Retirement income today is supposed to be supported by your savings and Social Security, and folks aren’t optimizing either.

The calculator provided by my 401(k) plan says I’ll need almost $5,100 in monthly income if at 68. Social Security will take care of half that, and my 401(k) should do the rest. Of course, I could live longer than my retirement calculator planned for, or be forced out of the workforce at 63. What then?

You only retire once.

Increasing my guaranteed income might make a long life that much more bearable.