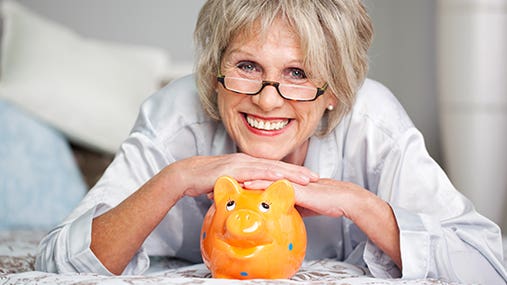 The retirement-aged generation, people over age 65, has the widest income disparity of any age group. While there are many incredibly wealthy senior citizens, most retirees have a modest level of wealth. That becomes apparent when you compare the average net worth with the median. Extremes in either direction skew the average, while the median tells the real story about the true middle of the population.

This infographic illustrates the financial state of today’s seniors. On average, they’re quite a wealthy bunch. But in reality, many seniors are only doing OK while many others struggle.