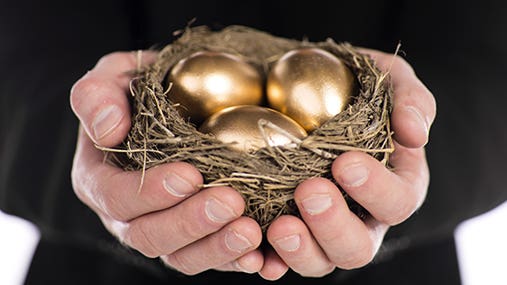 With the exception of senior executives and other wealthy tycoons, most Americans don’t enjoy the retirement benefits accorded to members of Congress.

The details of their pension plans are worth checking out, but be forewarned: Their pension system is complicated by virtue of the fact that several changes have taken place over the years, and because, well, Congress was involved in making the rules. Of course they’re complicated!

For instance, members of Congress who were elected prior to 1984 had access to a plan called the Civil Service Retirement System, or CSRS. They did not pay payroll taxes, nor did they receive Social Security benefits. But they did contribute to the CSRS.

A law passed in 1983 required all members of Congress to participate in Social Security as of Jan. 1, 1984, regardless of when they were elected. Soon after, new retirement benefits for Congress were introduced that complemented Social Security benefits. The centerpiece of the plan is called the Federal Employees’ Retirement System, or FERS.

As a result of all the changes, members of Congress get coverage from one of four different arrangements:

Members of Congress are vested (meaning entitled) to receive pension benefits from either CSRS or FERS after five years of service. They are generally able to collect benefits at an earlier age than other federal employees — with fewer years of service. And their benefits are greater — though, in all fairness, they contribute more for the benefits than regular federal employees. Like other pension plans, the benefit amount is based on tenure, the three highest years of pay and an accrual rate. A report from the Congressional Research Service provided these examples of retirement benefits for Congress:

All these benefit amounts are enhanced by cost-of-living adjustments — something that most pensions in the private sector do not get.

Regardless of which retirement plan they’re covered by, members of Congress also have access to the Thrift Savings Plan, or TSP, which is like a 401(k) plan, except on steroids.

All federal employees in the TSP get a 1 percent contribution from the agency employing them even if they don’t contribute to the plan. This contribution is vested (meaning they can’t be forfeited) after two years of service. Those who contribute to the TSP get a 5 percent match from their employing agency. Members of Congress covered under FERS get this 5 percent match. Those under CSRS do not get the match, but they can contribute up to the limit, which in 2013 is $17,500 ($23,000 for those 50 and older).

The TSP is run efficiently. Expenses are offset by forfeitures of the 1 percent agency contributions if federal employees leave before they are vested as well as other forfeitures, and loan fees are applied to defray plan expenses. As a result, the TSP costs employees just 0.027 percent, or 27 cents per $1,000 invested. Meanwhile, for those Americans with access to a workplace retirement plan, expenses for a 401(k) plan range between 0.2 percent and 5 percent, according to BrightScope, depending on the size of the plan. Small plans get crushed by expenses.

What happens to U.S. representatives who only serve one or two terms? They can keep whatever they have vested in the Thrift Savings Plan, but they are not entitled to a pension under CSRS or FERS. That’s because they need at least five years of service to be vested in a pension plan.

That’s all the more reason for congressional members to focus on winning the next election!

Editor’s note: The statistics in this article were gleaned from a Congressional Research Service report titled “Retirement Benefits for Members of Congress,” Nov. 30, 2012, by Katelin P. Isaacs.