For many people who suffered lackluster investment returns after enduring a highly volatile stock market, retirement has become an elusive goal. Some financial experts recommend that workers postpone retirement as wages stagnate, 401(k) portfolios underperform and pension plans go the way of the rotary phone.

However, some people have discovered that retirement is not as hard as it looks. With a bit of careful planning and dedication, that time of leisure can come earlier than 65 — much earlier in some cases.

Bankrate profiled four people who managed early retirement at ages ranging from 33 to 52. None of them had the advantages of a family fortune, a lottery jackpot or an initial public offering, or IPO, windfall to support them. Instead, these retirees learned the importance of patient savings and cost-cutting while ignoring risky bets and avoiding trendy get-rich-quick schemes. 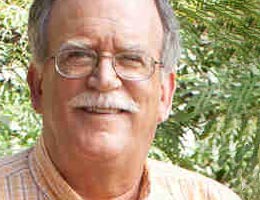 Bob began saving for retirement at 30, stashing away 15 percent to 25 percent of his annual income. He was able to amass $500,000 in a retirement fund by the time he stopped working just 22 years later.

Since then, he has kept that money in an IRA and lives on an annual pension of $40,000, which is about half of his pre-retirement income. That, combined with the inheritance of a modest estate from his parents, has given him a comfortable retirement.

However, his IRA portfolio lost $250,000 after the crash in 2008. He hopes to recover that money before he turns 64, when he intends on drawing on his IRA. The experience also taught him to simplify his life by cutting expenses and having less stuff.

Bob calls his investment approach “very conservative” — he invested for long-term growth and avoided riskier investment opportunities. He also believes in cost-cutting on big items. For example, with the proceeds from a home sale, he bought his current house outright in cash to avoid having a mortgage. The biggest financial hurdle for him is medical care. He spends a quarter of his yearly income on health insurance alone. 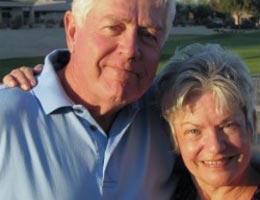 Gary retired about 17 years ago with approximately $350,000 in a variety of investments. Before choosing to retire, he and his wife Julie spent about $80,000 a year. In the last couple of years before they quit working, they made retirement a priority and cut costs. They now live on about $50,000 a year.

With a paltry pension of just $49 a year, Gary and his wife currently receive about $17,000 from Social Security and an additional $33,000 annually from various investments. Gary says this is enough to fund a fulfilling lifestyle. Their only financial worry now is the $10,000 deductible on their health insurance. While working, they invested aggressively in growth stocks, but since retirement, they have focused more on conservative mutual funds.

They live on a smaller income, so they cut down on expenses. Most importantly, they gave up status items. Before retiring, they had two Mercedes-Benzes, designer-label clothing and a “country-club lifestyle.” Now they live more simply.

These days, Gary finds his frugal lifestyle to be fulfilling. “It is more important to be together 24 hours a day than to be working and earning a lot of money,” he says. 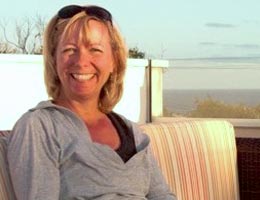 While most people try to save a fixed amount before retirement, Syd took a different approach to early retirement and looked at her costs instead. “I’ve never believed in calculating your retirement nest egg based on a percentage of your annual income,” says Syd, who regularly blogs about retirement. Instead, she calculated that her post-retirement expenses would be 65 percent of her pre-retirement spending. After three years, she found it was an accurate estimate — often, she has spent a bit less.

It took Syd 15 years to build a nest egg 33 times her total projected annual costs. With this amount of money, she has been able to withdraw 3 percent of her savings — which means she will not run out of money as long as her investments perform well. She actively tracks her portfolio and rebalances her investments when they underperform.

Syd has followed different strategies to build her investments and make them last. Before retirement, she invested aggressively in stock funds to increase her net worth as quickly as possible. Now she is more conservative, with more than 30 percent of her portfolio in cash and the rest in diversified mutual funds. 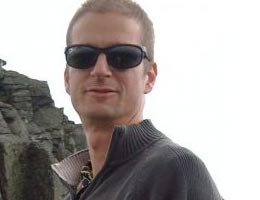 Jacob named his website “Early Retirement Extreme,” where he describes his philosophy and financial strategy. After working in academia for five years, Jacob decided to quit.

This was possible because of his aggressive savings strategy. While working, Jacob saved nearly 80 percent of his after-tax income by eschewing a consumerist lifestyle. Then he began managing his own investment accounts.

“If you’re retiring at my age, it’s because you prefer time more than money, which is a somewhat rare attitude in this day and age,” Jacob told Bankrate last winter. “Fortunately, I’ve learned to live quite well on little money.” He cut costs by using a bicycle instead of a car, eating at home and enjoying low-cost activities.

Jacob lived on about $7,000 a year — $1,000 of which went to sports hobbies, while the rest covered his basic expenses. He described himself as a conservative investor who focused on nongrowth dividend-yielding stocks, and he tried to withdraw less than 3 percent of his portfolio annually.

After more than four years in retirement, Jacob recently returned to work as a quantitative analyst for an investment firm. He credits his early retirement for giving him the financial independence to pursue a job that he loves. But technically, by his own definition, he is no longer retired.