Sometimes the best advice is the simplest. After all, if it wasn’t short and sweet, “stop, drop and roll” probably wouldn’t do much for someone on fire. In the same way, financial rules of thumb are useful to many Americans who can’t or won’t make time for complete and in-depth financial planning.

“Rules of thumb are generally useful for most households, because we found through our research that simplicity is good, (and) that complexity is really the enemy of good household financial decision-making,” says Michael Finke, associate professor of personal financial planning at Texas Tech University in Lubbock, Texas.

“In order for you to do it right, you’ve still got to do the math, and that’s the problem with a rule of thumb. It prevents you from doing the necessary math,” says Pomeranz.

How much house can you afford? 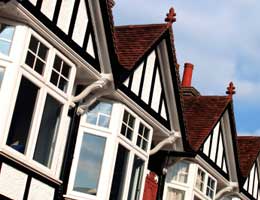 The rule: You shouldn’t buy a house that costs more than 2½ years’ worth of your income.

Why it works: During the wild years of the housing boom, consumers seemed to stop grounding their housing decisions in income. This rule can help remind consumers that income should be a primary criterion when deciding how much to pay for a house.

Grain of salt: One problem with this rule is it doesn’t take into account how housing costs can fluctuate based on interest rates, says Pomeranz. For instance, a house that costs 2½ times your income may be unaffordable in a high-rate environment but easy to pull off in a low-rate environment, says Pomeranz.

A better guide to whether to buy a home is rental prices in your area, says Finke. If you could rent a home that meets your needs for less than it would cost to buy and maintain a home, then renting is a no-brainer, he says.

How much should you save? 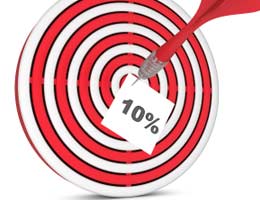 The rule of thumb: You should always save at least 10 percent of your income toward your retirement.

Why it works: The 10 percent rule gives people a simple, memorable target to work toward, especially if they’re starting a serious saving regiment for the first time, says Michael Baughman, a Certified Financial Planner with Abacus Planning Group in Columbia, S.C. And depending on how early you start, saving 10 percent throughout your lifetime could well be enough to provide a solid retirement nest egg when you’re ready to leave the work force, he says.

Grain of salt: Keeping the same target throughout your life ignores how much financial situations and expenses fluctuate throughout lifetimes, says Finke.

“When you’re young, you should be borrowing money so that you can get an education,” says Finke. “You’ll have more room in your budget later on when your income goes up during middle age, and you’ll have fewer expenses.” 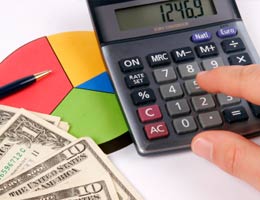 The rule: The percentage of your portfolio invested in bonds should equal your age.

Why it works: Famously repeated by Vanguard founder John Bogle, this rule of thumb helps investors keep in mind that their portfolios need to change as they age, becoming more focused on avoiding risk in their investing than on higher growth. That’s because older people have less time to recover from stock market shocks than younger people.

Grain of salt: As you enter retirement, taking all your money out of stocks could slow the growth of your portfolio too much, preventing you from keeping pace with inflation and possibly depleting your retirement savings, says Pomeranz. 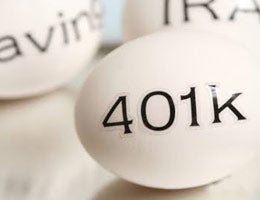 The rule: To make sure your retirement lasts, never withdraw more than 4 percent a year.

Why it works: This simple formula has proven accurate over time, helping people easily figure out a guideline for how much they should withdraw so as not to exhaust their retirement savings, says Baughman.

Grain of salt: Be sure to track how your portfolio is doing. If it takes a hit, adjust your withdrawals downward. Withdrawing 4 percent of what your portfolio used to be worth is a good way to deplete it quickly, says Pomeranz.

Finke says another potential danger is that you won’t live long enough to justify withdrawing only 4 percent of your savings, and that you’ll miss out on taking vacations, making charitable contributions and giving gifts to family members. Finke says a better solution may be to use part of your retirement funds to buy an annuity or other insurance product to provide a base of lifelong income, allowing you to draw from your retirement funds more freely.

How much does the stock market return? 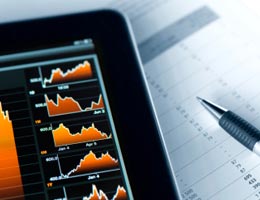 The rule: Over time, a diversified domestic stock portfolio will return an average of 10 percent per year.

Why it works: Some investors have a tendency to unload all their stocks when investing gets tough. Knowing that the returns of the stock market even out over time can help people stay in the market long enough to recover some of their losses rather than selling at the point of maximum discomfort, Finke says.

Grain of salt: To start with, there’s the famous disclaimer you hear often in advertising for investment houses: “Past performance is no indication of future returns.”

Given that 10 percent figure appears to be based on the Ibbotson Associates analysis of historical returns since 1926, when sustained economic growth reached levels rarely seen in human history, investors should take it with a grain of salt, says Finke.

The danger in the 10 percent assumption is that it could lead people to undershoot how much they’ll actually need for retirement, says Finke. He says a better assumption might be stock market gains will be 3 percent above the rate of inflation, rising up and down as inflation increases and decreases.

Have an emergency fund for hard times 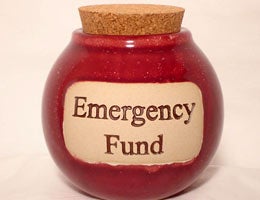 The rule: Your emergency fund should equal six months’ worth of household expenses.

Why it works: When misfortune strikes in the form of a job loss or illness, having a financial cushion is key. As this down economy has proven, unemployment can last an unexpectedly long time, and having a six-month cushion can allow you to keep bad financial outcomes such as a drained retirement account or foreclosure at bay until you can find a new job.

Grain of salt: For many people, setting aside six months’ of living expenses isn’t really feasible, and for those who can set aside that much, keeping that large an amount of money set aside in an environment where they’re earning little to no interest isn’t an attractive option, says Pomeranz.

Baughman contends your emergency fund shouldn’t be some arbitrary number but should be tied to your risk of extended unemployment. In a tough job market, people should have a larger rainy-day fund to cover a lengthier period to find a new job, he says. 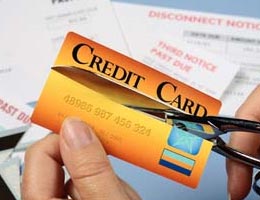 The rule: Always pay off your highest-interest credit cards first.

Why it works: All things being equal, retiring the highest-interest credit card debt first, regardless of size, helps consumers minimize the amount of interest they pay over time, says Finke.

Grain of salt: For some consumers, the satisfaction and momentum they gain from starting with the smallest debts and paying them off first outweighs the interest benefit.

Starting with the smallest credit cards can help create a snowball effect, which can often help consumers with a big debt burden pay it off more quickly, says Baughman.

Buy life insurance for the unexpected 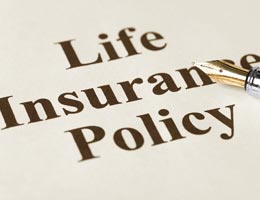 The rule: You should have at least five times your gross salary in life insurance coverage.

Why it works: The rule gives breadwinners a good guideline for how much money their families will need to meet their day-to-day costs and adjust financially to life without them, says Baughman.

Grain of salt: If you’re the major or sole breadwinner in your household, and you don’t believe your spouse’s earnings could ever replace your salary in the event of your death, you may need to get more coverage to avoid leaving your family in need of money in the long run, says Baughman. In that case, he suggests multiplying your salary by a factor of 10 to arrive at how much life insurance you need. 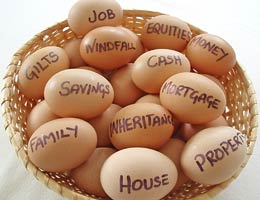 For more information on saving and investing, check out these stories at Bankrate.com.