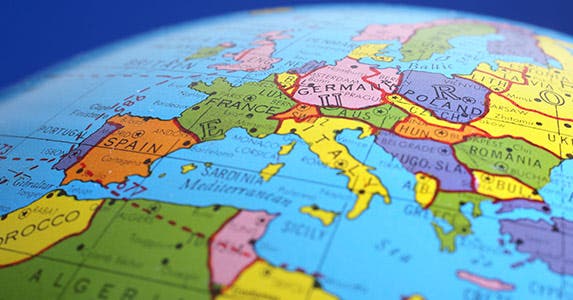 Best countries to retire to in Europe

Dreaming of a retirement spent sunbathing in St. Tropez or snorkeling near the Maltese islands? It may not be such an outlandish idea.

“It’s an exciting opportunity for Americans right now. Americans had written off Europe, and probably rightly so, when the euro was $1.50. It was expensive. And now Europe is not out of reach,” says Kathleen Peddicord, publisher of Live and Invest Overseas.

A recent report by the website InternationalLiving.com found that France, Italy, Spain, Malta and Portugal all have highly affordable places in which American retirees can comfortably settle.

“These are all first-world countries with plenty of culture and amenities, including excellent infrastructure and rich histories. Cost of living and real estate in many areas are affordable by U.S. standards,” says Glynna Prentice, an editor for InternationalLiving.com. 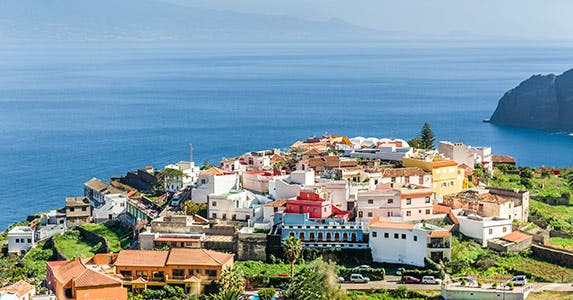 Spain is a beautiful and affordable country.

The “best thing about living in Spain is the great year-round climate on the coasts, particularly on the Costa del Sol and Costa Blanca, and in the Canaries,” says Joanna Styles, an author and writer specializing in Spain.

Spain is generally one of the cheapest countries in Europe.

It’s a “vibrant and colorful culture” with “wonderful scenery and historic cities everywhere,” she says.

Some of the other perks of Spanish living include excellent health care, friendly people, good infrastructure and easy access to the rest of Europe and Africa.

Plus, “affordable property — at the moment!” says Styles.

“Spain is generally one of the cheapest countries in Europe. The more expensive places are obviously Madrid and Barcelona, the islands and high-end resorts like Marbella,” she says.

The study by InternationalLiving.com highlighted Valencia as an affordable city, with rent going for $550 a month, but there are other inexpensive areas, as well. 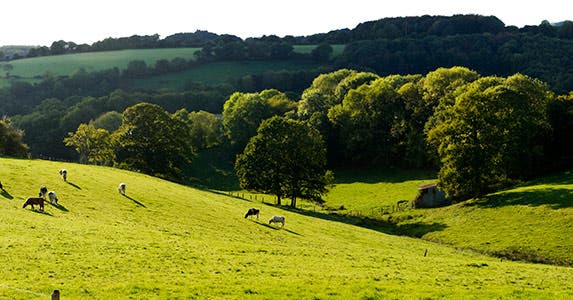 Best known for Paris, home of the Mona Lisa, Eiffel Tower and Notre Dame, France is also renowned for its luxury goods — which you might be able to afford by living in one of the country’s lower-cost regions.

The more southern regions offer a taste of the life and climate of the Riviera, at a fraction of the cost.

“In general, the more affordable areas would be the more rural ones, or those with less than ideal climates, like in any country,” says Dennelle Taylor Nizoux, president of Renestance, a company devoted to helping foreign nationals retire in France. “You do find quite a few British expats in Normandy, Brittany or in Poitou-Charentes, areas which can be cold and gray much of the year, but the most attractive areas seem to be in the southwest, in the Aquitaine, Midi-Pyrenees and Languedoc-Roussillon regions.”

The more southern regions offer a taste of the life and climate of the Riviera. Think St. Tropez, at a fraction of the cost.

For entrepreneurs, if you’re thinking of starting a business in France, take scissors. “Be prepared for red tape; there can be layers of it in Europe, especially in France,” says Prentice. 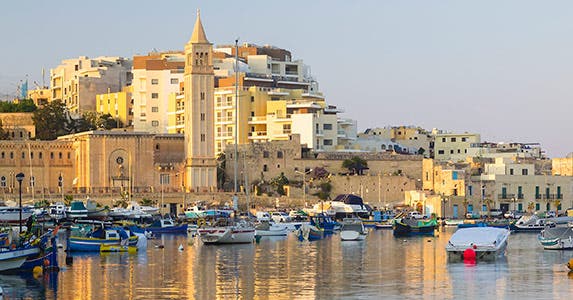 The Maltese islands are in the middle of the Mediterranean Sea, between Sicily in Italy and the North African coast. There are 3 islands, the largest of which is Malta, which is crowded and urban. The writer of the International Living study recommends the island of Gozo for retirees.

The islands do get hot; temperatures can climb to over 100 degrees Fahrenheit. But the winters are mild, according to Liz Ayling, co-founder and editor of Malta Inside Out, a magazine site about visiting, living and working in Malta.

For those who love the ocean, there may be no better place. “The sea around Malta is some of the cleanest and clearest in the Mediterranean and popular with divers. All water sports are excellent here,” Ayling says.

It’s easy to take trips from Malta to see the rest of Europe.

“We’re now quite well-served with low-cost airlines to most European cities. Sicily is an hour away by ferry and half an hour by air. It makes a great weekend break all year-round,” says Ayling. 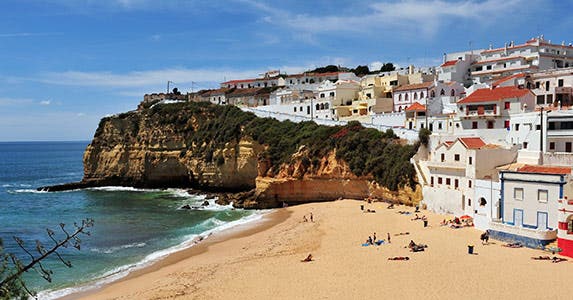 Overlooking the Atlantic Ocean, Portugal clings to the Western European coast, nestled right next to Spain.

“Portugal is not a primary choice for retirees, but it has so much to offer,” says Peddicord. She cites the sunny coastline and ample golf courses as particularly attractive for prospective retirees.

Portugal is not a primary choice for retirees, but it has so much to offer.

“When you look at factors that would be important for would-be retirees, including the cost of living, the cost of real estate, residency options, health care, infrastructure, safety, climate, taxes and entertainment, Portugal, particularly the Algarve, comes out as really, really appealing, says Peddicord.

The Algarve is the southernmost region of the country.

Portugal has another thing going for it, as well: Retirees can easily get permanent residency visas if they wish to settle in the country for the long term.

“Countries in South America have made a business for 20 years of attracting American retirees,” says Peddicord.

“Europe never paid attention, but in the past few years, Portugal passed legislation that makes it easier than ever for American retirees to settle there,” she says. 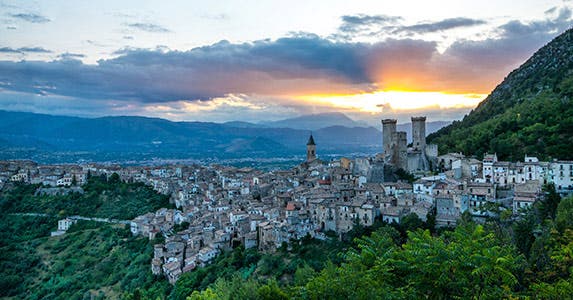 If your dreams of Italy involve delicious food and wine plus amazing scenery, guess what? They’re totally based on reality.

Italy is what you think it is: great food, beautiful architecture, a great lifestyle …

“Italy is what you think it is: great food, beautiful architecture, a great lifestyle and cafe culture,” says Peddicord.

But some areas will, of course, be more affordable than others. Tuscany and Umbria are well-known destinations, which make them a bit pricy for retirees. But the Abruzzo region on the Adriatic coast offers the same beauty and authentic Italian lifestyle at a lower cost.

“The Abruzzo region is little-known, but I find it just as appealing and just as pretty. It has the same landscapes and food as Tuscany or Umbria, but no one outside of Italy pays it any attention,” says Peddicord.

Plus, it’s convenient to any outdoor activity you could want.

“It is east of Rome. It has both coastlines and mountains. Within a day, you can travel from the coast to the mountains,” she says. “There’s skiing in the winter.”

One potential drawback to Italian retirement could be the government bureaucracy, which Peddicord jokingly describes as “kind of epic.”

Bureaucracy seems to be a theme throughout Europe. But as a retiree, at least you’ll have time to deal with it all. And then, all you have to do is enjoy the great food and scenery and live it up. 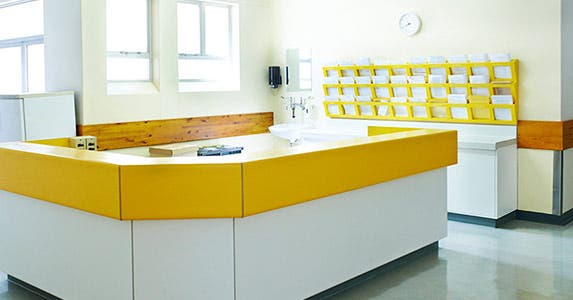 It may not be as difficult as you think to immigrate.

“I think most people think that establishing residency in France is hard, for example,” says Peddicord. “It’s not; it’s straightforward. You just need guidance.” She recommends getting an attorney and making sure you have the income or savings to qualify.

Before you move, consider:

Proof of health insurance will be required, as well.

“Like any country, these countries want to make sure that if you immigrate there, you can support yourself financially and not be a burden on their social services network. So you have to meet the income requirements they set, and if you’re not a citizen of a European Union country you have to show that you have private health insurance that’s valid there,” Prentice says.

Most people think that establishing residency in France is hard. … It’s not.

Health insurance isn’t the only consideration: Auto and accident insurance may be necessary, as well.

Taxes are another consideration. Consult your CPA before you move abroad. 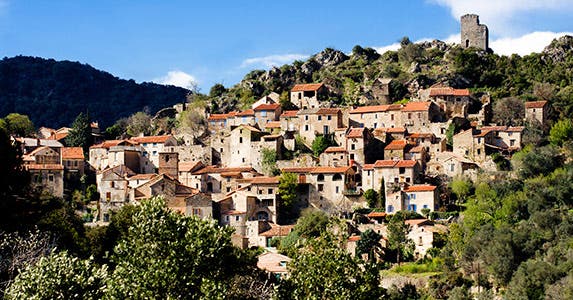 For retirees on a budget looking for the best countries to retire to in Europe, smaller towns offer more bang for your buck. Plus, you can always take a day trip to the big city.

“These smaller destinations offer much less expensive real estate, which is a huge chunk from a budget, some savings on day-to-day costs over what you’d pay in the big cities and, of course, a more manageable city size — but with all the genuine local culture,” she says.

“Except for Malta, none of these countries is English-speaking. Outside the tourist areas, you may find relatively few locals who speak English well, so be prepared to learn the language,” says Prentice.