Contrary to what it sounds like, “borrow pit” isn’t a sarcastic term for borrowing so much money that you’ve dug yourself into a financial hole. In fact, it’s not a finance term at all, it’s a construction term: A borrow pit is a hole, pit or excavation that has been dug for the purposes of removing gravel, clay, soil or sand to be used in a construction project. It’s sometimes called a sandbox.

Almost all new-construction projects involve earthwork designed to ensure there’s a suitable base for whatever is being built. A key aspect is to ensure that ground conditions are sound for stable construction.

With any process that involves grading and excavation, it’s frequently necessary to bring materials from another site to provide fill material with the right ground conditions. These materials are mined from borrow pits.

A borrow pit may be enclosed or open. Closed borrow pits are holes dug into the ground, and the coarse material produced often is used for gravel. These borrow pits frequently fill with water. Open borrow pits are shallow excavations and are generally used to mine sand and clay. These are more susceptible to erosion.

Many states and counties have regulations regarding borrow pits, and owners require permits to operate them. Usually, there are strict requirements to be followed, including the rehabilitation of the site. Despite this, abandoned borrow pits are often seen adjacent to highways where material was removed to build embankments and overpasses. As you might imagine, borrow pits are not popular with local residents, who tend to feel that they scar the countryside and promote erosion.

New-build housing developments often employ fill material from borrow pits when preparing the land for construction, to create a stable base with the proper conditions for that particular site. But it can also be useful for individual, privately built homes.

For example, let’s say the Smith family bought land on a beautiful hillside and built a house at the top of the hill. But, because they have small children, they want a level backyard where the children can play safely. They contact a local landscaping company, and the crew brings in gravel, soil and clay materials excavated from local borrow pits to build a solid, flat base that won’t erode from frequent or heavy rain. Once the backyard has been leveled and compacted, the crew covers the area with topsoil from another borrow pit, and then plants grass. Now the Smith children have a safe, flat backyard with no steep inclines.

Borrow pits are literal pits that are dug to provide fill material, such as gravel or soil, for construction projects. If you are building a new home and need to level or stabilize your site using materials from a borrow pit, a construction loan may be able to help you finance the job. 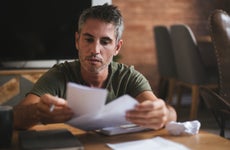 Emergency Loans: Are Americans financially prepared for the future? 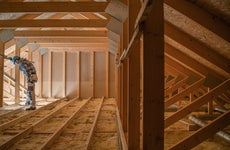 What is a bearing wall? 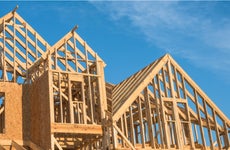 What are construction loans, and how do they work? 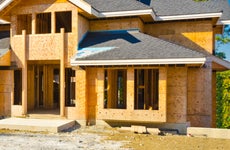 What is a VA construction loan?