The New York home-sale process looks very different between New York City and the rest of the state, so if you’re gearing up to sell your house in New York, be aware. Selling in NYC comes with a wide range of prices — from a median asking price of $425,000 in the Bronx to $1.5 million in Manhattan, according to StreetEasy — while median sale prices in the upstate college town of Syracuse, according to Redfin, are just $165,500. No matter where it’s located, selling a home in New York requires putting some careful thought into when to list it, how to price it and what to spend to get it ready to show. Read on to understand what to expect and how much you’ll need to pay during the sale process.

Are you ready to sell?

Trying to figure out whether you should sell now or wait? Consider the current housing market, which includes higher mortgage rates that might turn some buyers off. Right now is proving to be a great time to sell in New York, though: 51 percent of homes that sold in June sold for more than their list price, says Redfin.

However, that doesn’t mean you should rush to sell immediately. If you’re trying to sell your house while buying another at the same time, you need to factor in potential hiccups on the way to finding a new home. You should also think about the cost of living wherever you’re planning to move.

Consider three questions before you put your place on the market:

1. Is it worth upgrading your home before you sell?

Making major upgrades takes a long time, costs a lot of money and doesn’t always yield a return on investment. Plus, it’s tough to say whether prospective buyers will love your choice of cabinets or the layout of a bathroom remodel. Instead, think about some of the cheap ways to boost your property value that don’t take much time or cash.

Bankrate Insight
If you’re selling a New York City apartment, consider paying to install a washer/dryer if your building permits it. Data from StreetEasy shows that in-unit laundry is the number-one amenity NYC apartment buyers want, and it will help your place stand out in a crowded market.

2. What should you repair before selling your home?

Put yourself in the shoes of anyone who is trying to buy in New York. Would that leaky kitchen faucet be a red flag for you? Perhaps. Would the broken garage door make the home less valuable in your eyes? Probably. Ask a real estate agent for an expert perspective on where you should spend money versus what not to fix.

3. Should you pay to stage your home?

Here’s an easy way to make your New York home feel like it’s ready for a star turn on Broadway: Stage it. How much you’ll pay for home staging depends on the type of production you need. Simple rearranging and decluttering will be fairly affordable, while renting new furniture to fill an empty room might be quite expensive. Again, your agent can help you figure out whether home staging will help you make more money from the sale.

When is the best time to sell a house in New York?

Hiring the right real estate agent can help you nail down the best time to list your New York home, the best photos to attract buyers and the best weekend to schedule your first open house. Sure, agents cost money — typically 3 percent of the sale price to your own agent and 3 percent to the buyer’s — but  it’s worth it. Research from the National Association of Realtors shows that agent-assisted sales have historically commanded around 18 percent more than FSBO (For Sale By Owner) listings.

You can always ask agents about their willingness to offer a lower commission rate. For example, let’s say an agent is willing to decrease his or her cut from 3 percent to 2.5 percent. That may sound small, but on a $900,000 sale, it saves the seller $4,500.

Also, be aware that dual agency is legal in all of New York, which means your agent could potentially represent both you and the buyer in the transaction. That can’t happen without your consent, however. And if it does happen, think about asking for a reduction in their commission fee, since they don’t have to split it with anyone.

As you try to figure out what your house is worth, start by looking at the comps in your specific area. For example, a two-bedroom, one-bathroom condo in Williamsburg, Brooklyn, is going to have an entirely different pricing strategy than a similar-sized condo in Rochester. The focus of your pricing strategy is not just to get as much money as possible; it’s about attracting as many buyers to come look at it as possible. About 50 percent of homes in the state of New York sold for above their listing price in June 2022, per Redfin, and you’ll want to figure out how to put your house into that same category. Your agent will be an invaluable resource.

Documents and disclosures in New York

The biggest document that New York sellers share is the state’s property condition disclosure statement. The seven-page form covers a range of questions about potential problems, from big deals like asbestos in the building to smaller concerns like the name of the electric service company. Sellers who fail to complete this form must pay the buyer a $500 fee. However, this rule does not apply to condos or co-ops.

If you are selling a condo or co-op or apartment, you will need to share a range of additional information about the building’s financial health, bylaws and other details. Be sure to ask your real estate agent about what forms you should complete and what documents you need to obtain to avoid any delays in the closing.

Need to sell your home fast?

If you’re in a rush to sell, here are a few ways to sell your home in New York on an accelerated timeline.

What to expect at the closing in New York

There is one last step before you officially offload your place in New York. And even though the closing is when the money is handed over, it won’t be free. Here’s a rundown of some of the typical costs to sell a house.

Cost of selling a home in New York

The biggest line item in your budget will likely be the money you need to pay the real estate agents involved in the transaction. The payouts for each agent, typically 3 percent of the total sale price each, come out of your pocket. So, on a $800,000 sale, you would likely hand over $48,000 in realty fees. There may be some wiggle room, particularly with a higher-priced property, so be sure to negotiate that cost on the front end of the deal.

And don’t forget about the cost of moving. You won’t be paying for movers at the closing, but you should budget for this expense as you try to run the numbers of your potential profit. If you’re relocating close to your current home, the price tag shouldn’t be overwhelming. However, if you’re packing up and moving to Florida, for example, be prepared to spend a sizable amount of cash to move all your belongings south.

Ready to get started? You’re the boss of the sale. It’s time to interview real estate agents to figure out which one you should hire. Compare a few different contenders to figure out who can do the best job for your situation. 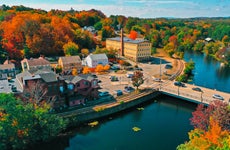 Selling a home in New Hampshire 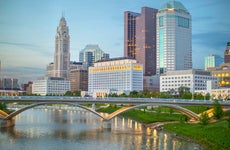 Selling a home in Ohio 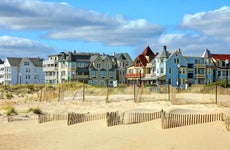 Selling a home in New Jersey 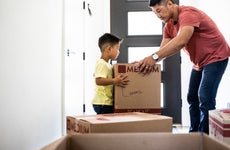