The pandemic-era housing boom is still on, and home sellers remain securely in the driver’s seat. With more demand than supply, the U.S. housing market is a place of soaring prices and multiple offers.

However, that doesn’t mean that home sellers can ignore the traditional rules of marketing their properties. Sellers still need to make a strong first impression, and that bit of image management starts with the marketing photos that will accompany your home’s listing.

“Buyers are picky,” says Amy Hullet, an agent at Century 21 Morrison Realty in Bismarck, North Dakota. “Even with the market the way it is right now, they will wait for the right house.”

If you plan to put a for-sale sign in front of your house this spring, you’ll need to do some work before then. These tips come from Hullet and from real estate photography firms HomeJab and BoxBrownie.com.

1. Spruce up the exterior.

The shot from the front of the house is a go-to image, so make sure you maximize your home’s curb appeal. The HomeJab photo above is an example of a property that’s ready for its closeup.

Remove garbage cans from the curb and cars from the driveway. If the front door needs a fresh coat of paint, do that before the photo shoot.

Pick up any kids’ toys. Get gardening equipment out of sight, along with hoses and pool cleaning equipment. Mow the lawn yourself or have a landscaper give the yard a once-over. If there’s a dead plant in a flowerpot, remove it.

If there’s any exposed dirt in the front yard, cover it with mulch. If you’re in a snowy climate, make sure to shovel.

The same goes for holiday decorations – even though the temperatures in her market have been brutally cold, Hullet tells sellers to remove them.

Be ruthless about the interior of the house. Remove cell phones, purses, stacks of paper, drinking glasses, liquor and other items from countertops and tables.

Pull down personal photos, and remove the kids’ artwork and report cards from the refrigerator. In the bathrooms, put away hair dryers, medications and toiletries.

Keep in mind that high-resolution photography reveals blemishes. “We’re doing 3D tours, and people can really zoom in and see everything,” says Joe Jesuele, founder and CEO of HomeJab.

Hullet’s advice: No more than three items are allowed on flat surfaces such as dressers and tables. On kitchen counters, the limit rises a bit, but only to five items.

At the main entrance, remove shoes, umbrellas and any other items. In the living areas, remove TV remote controls, video game controllers, magazines and other odds and ends. This checklist from BoxBrownie will help you decide what to eliminate.

“We can edit out a bottle on a countertop, but it’s a lot harder to remove dust from a surface,” he says.

Make sure windows, mirrors and shower doors and shower curtains are clean and free of streaks. Hullet suggests shampooing carpets as well.

As a seller, you want to let buyers picture themselves in the home. That means removing family photos and other personal effects.

You’ll also want to pull down any signs or images that are proactively political. The National Association of Realtors recently banned Confederate flags from listing photos. But some sellers still display the stars and bars.

Peter Schravemade, director of sales, marketing and revenue at BoxBrownie.com, says his company is asked once a month to digitally remove a Confederate flag from a photo of a home for sale.

Taking a controversial political or cultural stand probably won’t help you sell your property for the highest possible price. “You diminish the percentage of people who would be interested in the house,” Schravemade says.

You should also hide away valuable art, antiques or other items that might attract the notice of thieves. “Remove anything that will make the home a target for theft,” he says.

5. Focus on the most important rooms.

The kitchen, the master bedroom and the bathrooms are the top priority for most buyers. So be sure to pay special attention to those areas. Make the bed, and clean the toilets and close the lids.

In the bathrooms, make sure towels are clean, matching and folded in the same pattern.

On the other hand, garages and unfinished basements rarely feature in marketing photographs, so those are good places to stash the clutter you removed from the high-value areas.

Before the shoot, remove trash cans from bathrooms and the kitchen.

Remove any signs of pets. Stash any pet beds, litter boxes and food bowls. The idea is not to give potential buyers any reason to skip your house.

“Some people would be turned off, because pets can cause some damage to hardwood floors and carpets,” Jesuele says. 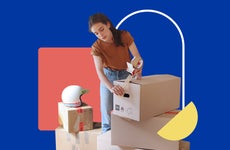 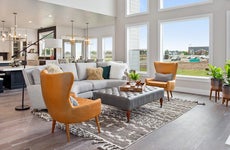 How to prepare your home for sale 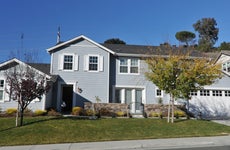 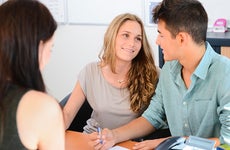