As one of America’s original 13 colonies, Virginia is filled with history. It’s also filled with people — more than 8.6 million, according to the U.S. Census. That number is growing, too, with the population expanding by more than 600,000 between 2010 and 2020. But, while there are many reasons to make the Old Dominion state your home, a particularly lean cost of living is not one of them: Data from the U.S. Bureau of Economic Analysis reveals that Virginians spent an average of $48,249 per year on living costs in 2021, which is just slightly above the national average of $47,915. Here, we break down the overall cost of living in Virginia.

The Virginia Realtors housing market overview for October 2022 shows a median price of $365,000 for single family homes. That’s up 4.3 percent from October 2021, but still slightly less than the current national median of $379,100.

If you’re thinking of buying a house in Virginia, you should know that prices tend to be considerably higher in Northern Virginia cities just outside Washington, D.C. The October median price in Alexandria was $640,000, for example, and in Arlington it was $650,000, according to Redfin data.

For renters, Virginia Realtors data shows that the statewide average rent as of early 2022 was $1,546 per month. As with home-sale prices, that number jumps in Northern Virginia — in this case, all the way up to $1,952. The state saw double-digit growth in rents for three quarters in a row, in 2021 and 2022.

Virginia’s job market is strong. Thanks to its close proximity to the nation’s capital, many high-profile government entities are based in the northern part of the state, including the Pentagon in Arlington and the CIA in Langley. Plenty of top corporations have headquarters here too, like Nestlé, Carmax, Boeing and CapitalOne.

The statewide unemployment rate was just 2.7 percent as of October 2022, per the U.S. Bureau of Labor Statistics, which ties it for the ninth-lowest in the country. The Virginia Employment Commission data shows high growth across the entire sector, and its job outlook projection for 2026 predicts overall employment in the state to grow by just over 10 percent. Data from ZipRecruiter, an employment website, shows the average annual salary in the state as of November 2022 was $61,836.

The Consumer Price Index shows that food prices have gone up in Virginia over the past year, as they have across the country. In the South region, prices from October 2021 to October 2022 rose by 8.4 percent for eating out, and by 12.7 percent for groceries to eat in. The MIT Living Wage Calculator puts food-related expenses in Virginia at $3,351 per year for a single person, or $9,856 for a family of four.

MIT’s Living Wage Calculator puts the average transportation expenditure for a single adult in Virginia at around $5,500 annually. The average cost of gas in North Carolina, per AAA data, was $3.19 per gallon as of early December — slightly cheaper than the national average of $3.32.

Many metro areas across the state have their own transit agencies, which provide public-transportation service via everything from bus to light rail to ferry. Washington, D.C.’s Washington Metropolitan Area Transit Authority also services much of Northern Virginia with commuter trains and buses.

Living costs are very localized, and the high prices in the D.C. metro area can skew the statewide picture. Many areas of Virginia are very affordable. Before moving, use Bankrate’s cost of living calculator to crunch the cost differential between your current locale and where in Virginia you’d like to move. If you do decide to relocate here, particularly from out-of-state, don’t forget to factor the cost of moving itself into your budget. 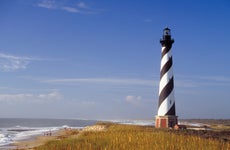 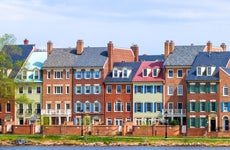 Buying a house in Virginia: A how-to 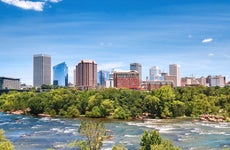 Selling a home in Virginia 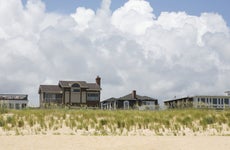