If you’re considering a move to Arizona, you aren’t alone. The Grand Canyon State welcomes thousands of new residents every year — especially in the capital city of Phoenix, which had the fastest-growing population in the U.S. from 2019 to 2020, according to Census data. Its second-largest city, Tucson, ranked as one of Bankrate’s top places to live in the country in 2022.

It’s easy to understand why so many are relocating to Arizona: The state boasts 300 days of sunshine per year, a robust job market and median home prices below the national average. However, the cost of living in Arizona can vary greatly depending on where in the state you live. Here’s a look at the breakdown.

According to Arizona Realtors, the median sale price for a home in the state was $349,048 in October 2022. That’s up 7.4 percent since the same time in 2021 and a dramatic increase from October 2019, when the median sale price was $218,000. Much of this growth comes from the Phoenix market, which has some of the fastest-rising home prices in the country. In more rural areas, which account for the majority of the state, homebuyers can expect to pay much lower prices.

Similarly, rent has also been rising in parts of Arizona. In Phoenix, for example, the average rent for a one-bedroom property is $1,390, which is an 18.8 percent increase since last year, according to Zumper’s National Rent Report for November 2022. One-bedroom rentals in Scottsdale average an even higher $1,900 per month. It isn’t all bad news, though: One-bedrooms in Tucson average just $940 per month, while prices in Gilbert have decreased by nearly 4 percent year-over-year.

Arizona’s unemployment rate was 4.1 percent in November 2022, according to data from the U.S. Bureau of Labor Statistics. This is higher than the national average of 3.7 percent, but a December study by the University of Arizona predicts that the state’s job market is growing, albeit slowly.

Some of the largest employers in the Grand Canyon State include Banner Health, Amazon, Walmart and Arizona State University. Large companies based in the state include PetSmart, Circle K and U-Haul. Data from ZipRecruiter, an employment website, shows the average annual salary in Arizona as of November 2022 was $52,737.

Like other parts of the country, grocery and food costs in Arizona have been on the rise. The Bureau of Labor Statistics’ Consumer Price Index shows that food prices in the West increased 9.9 percent between November 2021 and November 2022.

According to MIT’s living wage calculator, a single person with no kids can expect to pay $3,999 per year for food. For a family of four, annual food expenses add up to $11,764.

While it’s possible to get around in Phoenix or Tucson using public transportation, you’ll probably need a car if you live outside of these cities or plan on traveling around the state. In Phoenix, you’ll pay $64 for a 31-day unlimited bus and light rail pass. Annually, single adults in Arizona typically pay $4,938 per year in transportation costs, according to MIT data. Families of four can expect to pay $13,456 per year for transportation. According to AAA, the average price of gas in Arizona in mid-December was $3.522 per gallon, quite a bit higher than the country-wide average of $3.142 per gallon.

It’s common to think of Arizona as a desert state, but its geography is much more diverse than that: There are lakes, mountains and forests, with higher-elevation parts even seeing snow during the colder months.

Aside from the varying climates and landscapes, there are also different costs of living across the state. For example, Scottsdale, an upscale Phoenix suburb, has an 18.29 percent higher cost of living than Yuma, a more remote city near the Mexican border. You can use Bankrate’s cost of living calculator to compare prices in Arizona and other parts of the country.

If you’re thinking about buying a house in Arizona, it’s important to work with a reputable local real estate agent who understands the market. An agent will use their knowledge of local housing trends, prices and buying timelines to help you with your home search — which can be especially helpful if you’re moving from another state. 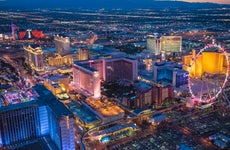 Cost of living in Las Vegas 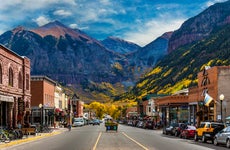