In real estate, built-ins refer to items that are permanently attached to a property’s interior. Found in both residential and commercial spaces, they include any type of permanent appliances, cabinetry, furniture that’s built into the walls — such as shelving or seating — and other attached items.

Built-ins can help improve a home’s functionality, as well as add a nice aesthetic to it.

Considered part of the permanent structure of a home, built-ins do not leave a property when it changes hands. Instead, when a home is sold, the purchase and sale agreement between the home buyer and seller will specify the property’s built-ins, along with other fixtures. The homeowner can negotiate with the buyer’s real estate agent about what is to remain in the home after the sale.

What are common types of built-ins in homes?

The most common types of built-ins are shelving (especially bookshelves) and cabinetry.

Other common built-ins include:

How much do built-ins cost?

Built-ins vary greatly in price, depending on the size and type —anywhere from $500 to $10,000. Since they involve customized construction, a fair amount of the price consists of labor costs.

The average price range for built-in cabinets is $1,000 to $4,000. A fully customized built-in bookshelf will cost anywhere from $300 to $1,200 per linear foot, according to Homewyse. Most homeowners spend between $4,400 and $9,000 on a built-in entertainment center, according to HomeAdvisor.

Why are built-ins popular?

Built-ins became popular during the Arts & Crafts movement that swept through America in the late 1800s and early 1900s. This decorative arts movement was a quest for simplicity, pragmatism and design unity — challenging the cluttered, more-is-more aesthetic of traditional Victorian design. Types of houses from that era, such as Craftsman homes and bungalows, often feature a lot of built-ins. They represented an ideal way to add extra storage, seating, or work space to a room, and they helped to maximize a small space.

Today, built-ins remain popular for several reasons. First and foremost, they’re great space-savers, freeing up a lot of floor area. They’re an excellent, efficient way to store items in cottages and apartments, which often lack basements and attics. And they often present as an ingenious, creative way to use space: the cupboard under a staircase, the cozy book-lined window seat.

What are the disadvantages of built-ins?

The main drawback of built-ins is their permanency. They’re not movable. That’s why they’re called built-ins, after all. Whether you’re dealing with a shelf in a bathroom or an entire office, a built-ins is built to stay put. So you can’t take it with you when you move.

Also, built-ins limit your design and decor options to some extent. Once a built-in is in, you can’t rearrange the room as much. What you gain in convenience and space, you lose in flexibility.

For that reason, if you’re in the market for a new home and you’re eyeing one with built-ins, consider how you’ll use that space as your needs change. For example, if you’re planning to have children, built-in bookcases in a study could become a display area for trophies or artwork in a child’s bedroom.

Built-ins do take time and money to install, too — they’re almost always more expensive than a free-standing unit, due to their customized nature and labor costs. Some built-ins are impossible to remove or modify without extensive reconstruction, which means it’ll take time, money and effort to dismantle then, as well.

Do built-ins add value to a home?

Yes, built-ins can add value to a home. The value they add depends on the size and complexity of the build, the materials used, and their functionality.

The built-ins should look like they both belong in and bring benefits to the room they are in. The bigger and more complex the built-in, the more it adds to your home’s worth. For example, a simple built-in bookshelf might add less value than a custom-designed walk-in closet. A lone shelf or two isn’t going to trigger any kind of major adjustment in the value of your property.

Built-ins like bookshelves can increase a property’s value if they’re made with high quality materials (such as hardwood, rather than medium-density fiberboard) and expert craftsmanship. Additionally, certain built-ins, such as desks and seating, may be more valuable than others.

Still, built-ins can potentially decrease a home’s value by making it harder to resell. They are fixed in space, and can limit function. Even if it fits your lifestyle, a built-in might not suit that of a potential buyer. For example, if you have an elaborate bookcase made specifically for your study, a buyer might not be able to imagine the space with a more neutral setup.

Built-ins can also become dated. And no matter what their style, some people just don’t like the look of them: They feel they make a room look smaller or “busy.” 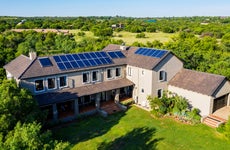 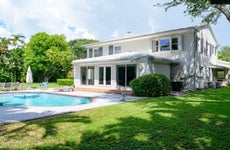 Does a swimming pool add value to your home? 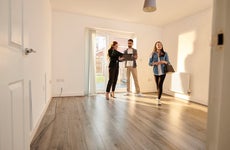 Price per square foot: Is it useful? 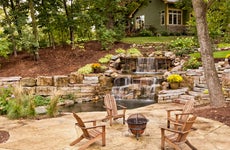