Home prices soared in 2020, driven in part by the historic drop in mortgage rates during the coronavirus pandemic.

Now mortgage rates are climbing. Does that mean the end of fast-rising home prices?

The answer is complicated. Housing experts say an uptick in mortgage rates won’t cool this hot housing market — but a more pronounced increase, say to 4 percent or higher, could slow price appreciation.

Mortgage rates fell below 3 percent in 2020, and home prices jumped more than 10 percent for the year, according to the S&P CoreLogic Case-Shiller index. In theory, rising rates could slow the pace of home price appreciation, says Daryl Fairweather, chief economist at real estate brokerage Redfin.

“That’s because even small upticks in the cost of borrowing tend to decrease the number of people looking to purchase,” she says.

However, mortgage rates aren’t the only factor affecting home prices — nor are they the most important variable. Mortgage rates are just one part of the complex mix of ingredients driving how much Americans pay for homes, and how many properties are available to buy.

“A large mismatch between supply and demand”

Home prices can boom even with mortgage rates much higher than they are today. That’s what happened during the housing bubble of 2004 to 2007, when home values skyrocketed even as mortgage rates bounced between 5.5 percent to 7 percent. In that era of lenient credit, prices were driven not so much by low rates as by the sheer ease with which any borrower could qualify for a mortgage.

The U.S. housing market of early 2021 is characterized by much stricter lending standards, and by a slightly less frenzied pace of price growth. Despite tighter credit, this boom is being driven by a sharp imbalance between the number of homes on the market and the number of buyers vying for those properties. The inventory of homes for sale in January 2021 fell nearly 26 percent compared with January 2020, the National Association of Realtors reports.

Meanwhile, there’s just a 1.9-month supply of homes for sale, a microscopic number that translates to quick sale times. Bidding wars are breaking out for many properties.

“Today’s rising home prices are supported by a large mismatch between supply and demand, and the wealth accumulation by some over the past year,” says Ali Wolf, chief economist at real estate data firm Zonda. “A moderate increase in mortgage rates is not enough to offset those dynamics.”

Intense seller’s markets like this one can create their own momentum. For instance, homeowners who might have planned to sell are staying on the sidelines — they know how hard it will be to find another home to move to. That’s crimping the supply of existing homes for sale.

The supply of new homes isn’t enough to fill the void. Even as homebuilders put up new houses as quickly as they can, builders are hampered by a tight supply of lots zoned for new homes.

As a result, Wolf says, “The undersupply isn’t going to fix itself overnight.”

Rates are only edging up, so far

The pace of mortgage rates’ ascent will prove crucial. The average cost of a 30-year fixed-rate mortgage rose to 3.34 percent this week from 3.23 percent, according to Bankrate’s national survey of lenders.

Rates reached a record low of 2.93 percent last month. (Bankrate includes origination points and other fees in its figure.)

The modest pace of the increase so far means that mortgages remain attractive to borrowers. The recent upswing might even add fuel to the housing fire as buyers race to lock in ultra-low rates.

“An increase in interest rates in the short run will not hurt the housing market and will actually create urgency to purchase,” says Eli Beracha, a real estate economist at Florida International University.

Beracha says home prices would cool only if rates keep climbing past 4 percent, a figure not in most forecasters’ outlooks for 2021. The Mortgage Bankers Association, for instance, expects rates to top 3.5 percent by the end of 2021.

Logan Mohtashami, lead analyst for HousingWire, likewise sees 4 percent as the barrier at which home prices take a hit. There were periods in 2013-14 and 2018-19 when mortgage rates rose enough for home prices to take a breather.

Mohtashami is hoping for a repeat — he would welcome a jump in mortgage rates to remove some of the froth from the housing market. He worries that a continued climate of bidding wars and rising prices will prove unhealthy for the housing market over the long run.

“I have stressed for some time we need higher rates,” he says.

Wolf likewise wonders about the long-term effects of super-tight inventories and rising prices in many metro areas. “This feels borderline unsustainable,” she says. 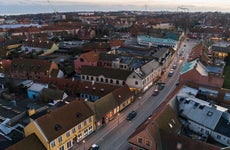 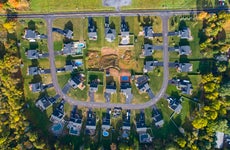 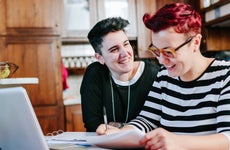 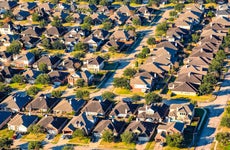