Bankrate has partnerships with issuers including, but not limited to, American Express, Bank of America, Capital One, Chase, Citi and Discover. 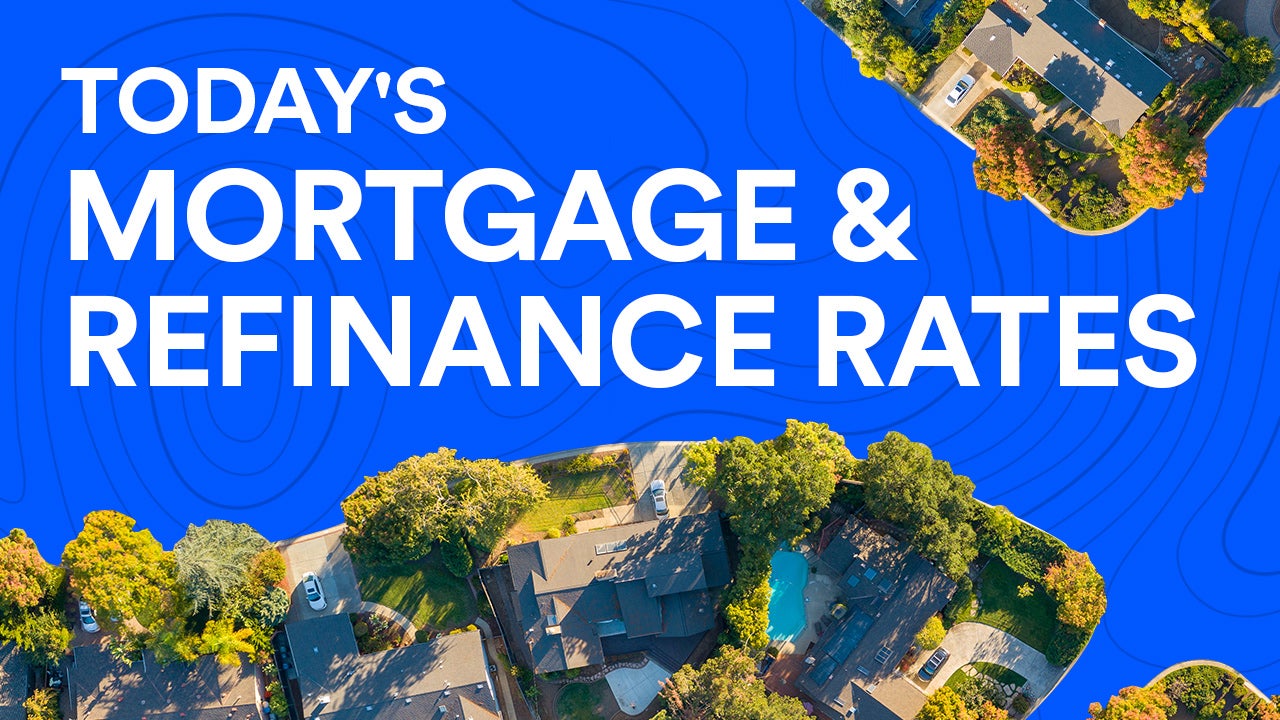 Ruben Çağınalp is an associate writer for Bankrate, focusing on mortgage topics.

National mortgage rates dropped across the board from a week ago, according to data compiled by Bankrate. Rates for 30-year fixed, 15-year fixed, 5/1 ARMs and jumbo loans all moved lower.

The rates listed above are marketplace averages based on the assumptions indicated here. Actual rates available within the site may vary. This story has been reviewed by Suzanne De Vita. All rate data accurate as of Wednesday, January 18th, 2023 at 7:30 a.m.

The average 15-year fixed-mortgage rate is 5.79 percent, down 10 basis points over the last seven days.

Monthly payments on a 15-year fixed mortgage at that rate will cost around $833 per $100,000 borrowed. The bigger payment may be a little tougher to find room for in your monthly budget than a 30-year mortgage payment would, but it comes with some big advantages: You'll come out several thousand dollars ahead over the life of the loan in total interest paid and build equity much more quickly.

Adjustable-rate mortgages, or ARMs, are mortgage terms that come with a floating interest rate. To put it another way, the interest rate can change intermittently throughout the life of the loan, unlike fixed-rate loans. These loan types are best for those who expect to refinance or sell before the first or second adjustment. Rates could be much higher when the loan first adjusts, and thereafter.

Monthly payments on a 5/1 ARM at 5.45 percent would cost about $565 for each $100,000 borrowed over the initial five years, but could ratchet higher by hundreds of dollars afterward, depending on the loan's terms.

The average jumbo mortgage rate today is 6.47 percent, down 4 basis points since the same time last week. A month ago, the average rate was lesser, at 6.46 percent.

The average 30-year fixed-refinance rate is 6.53 percent, down 3 basis points from a week ago. A month ago, the average rate on a 30-year fixed refinance was higher, at 6.54 percent.

A rate lock guarantees your interest rate for a specified period of time. Lenders often offer 30-day rate locks for a nominal fee or roll the price of the lock into your loan. Some mortgage lenders will lock rates for longer periods of time, sometimes for more than 60 days, but those locks can be expensive. In today’s unstable market, some lenders will lock an interest rate for just two weeks because they don’t want to take on unnecessary risk.

The benefit of a rate lock is that if interest rates rise, you’re locked into the guaranteed rate. Some lenders have a floating-rate lock option, which allows you to get a lower rate if interest rates fall before you close your loan. In a falling rate environment, a float-down lock could be worth the cost. Because mortgage rates are not predictable, there’s no guarantee that rates will stay where they are from week to week or even day to day. So, if you can lock in a low rate, then you should do so rather than gamble on interest rates falling even lower.

Remember: During the pandemic, all aspects of real estate and mortgage closings are taking much longer than usual. Expect the closing on a new mortgage to take at least 60 days, with refinancing taking at least a month.