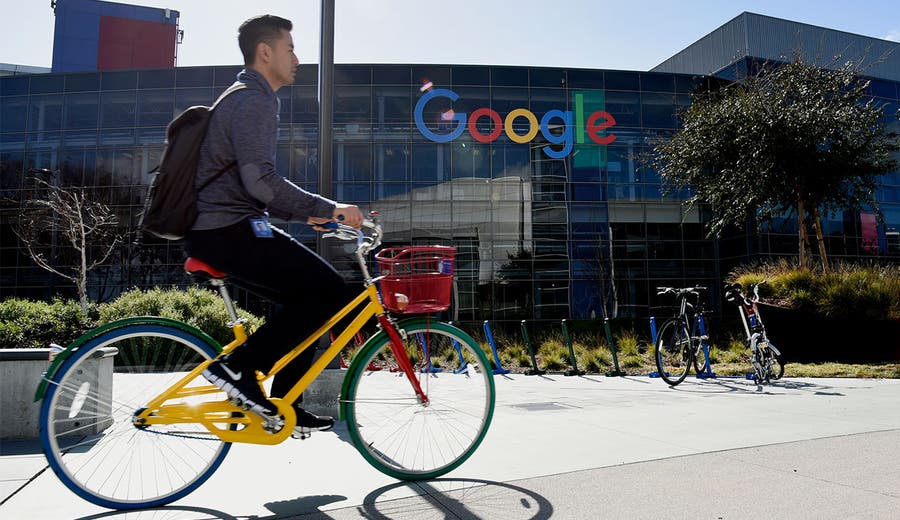 It’s not a Halloween thing. This is the Year of FAANG.

The five technology giants making up that acronym – Facebook, Amazon, Apple, Netflix and Google (with parent company Alphabet) – have been dominating headlines in 2017 and, to varying degrees, have extended their pole positions in their respective industries.

As a result, the five FAANG stocks represent 20 percent of this year’s total return for the S&P 500 index, according to S&P Dow Jones Indices senior index analyst Howard Silverblatt.

However, the massive gains have some market observers nervous that valuations are reaching dot com-like levels. Some also worry that scandals, such as Russian hackers’ use of social media in the 2016 election, may lead to more regulation.

But you might have a different fear: that you’ve already missed out, and that it’s too late to put some of your savings to work in the FAANG five.

You can reap the benefit of future FAANG earnings by owning an S&P 500 fund. If you’re considering jumping into the action through the individual stocks, here’s what you need to know. Financial snapshots of the companies are as of the close of trading on Oct. 26, according to Morningstar.

Pros: The world’s biggest social media company has some astounding numbers. The Menlo Park, California, behemoth has 2 billion active monthly users, which is why advertisers keep pulling up with truckloads of cash. In 2017’s second quarter, revenues were up 45 percent from a year earlier, while profits jumped 71 percent to $3.9 billion. Successful acquisitions of popular companies, such as WhatsApp and Instagram, have helped beef up Facebook’s bottom line.

Cons: Being reliant on one way of making money — in this case, online advertising — is a little scary. The social network also faces a risk that a compelling new rival (Snapchat, for instance) might come along and lure away customers. And, Washington might start paying more attention to the company, given that Russian hackers reportedly bought ads to affect the 2016 election.

Pros: When Amazon says jump, everyone else asks “How high?” The Seattle-based online retailing colossus recently announced plans to build a second headquarters, and close to 240 locations applied in hopes of gaining 50,000 jobs. Roughly 80 million American households subscribe to Amazon Prime, and they spend an average of $1,300 yearly. Amazon’s growth is due in large part to its continued reinvestment in its business.

Cons: Pouring money back into the company reduces the bottom line. Earnings were a major disappointment last quarter, but Wall Street didn’t seem to mind. It was a different story back in 2014, when a worse-than-expected loss sent the company’s stock dropping 22 percent. Investors must understand that a bumpy ride is always possible.

Pros: The sheer size of the iPhone maker sometimes goes overlooked. Apple enjoyed $216 billion in revenues last year, or about eight times more than Facebook, and earned $46 billion in profit. A decade after releasing its first smartphone, the Cupertino, California-based giant continues to introduce and develop products – including smart home technologies, TV set-top boxes and watches – that suck consumers in and keep them hooked.

Cons: At some point you can only grow so big. Product sales haven’t been as robust lately, especially given the disappointing initial interest in the recently released iPhone 8. With a massive cash pile sitting overseas, Apple would presumably benefit from a tax reform bill, although the chances of passage are anything but certain. Value-oriented investors will find themselves paying for the dividend, rather than future growth.

Pros: “Stranger Things.” “House of Cards.” “Narcos.” Streaming content giant Netflix has come a long way from its days as a DVDs-my-mail rental shop. With almost 110 subscribers worldwide, the company has come to symbolize consumers’ increased willingness to cut the cable cord. Wall Street has loved Netflix’s recent increases in its monthly fees.

Cons: Despite continued growth, including beating Wall Street analysts’ projections last quarter, Netflix isn’t without long-term struggles. As competitors such as Disney build their own streaming platforms and pull content from Netflix, the company is increasingly more reliant on creating hit shows that keep subscribers paying each month. And that doesn’t come cheap: Netflix will spend $7 to $8 billion on its shows next year alone.

Pros: While there are several big social media outfits (Facebook, Twitter, Snapchat), streaming services (Netflix, Hulu, Amazon) and phone manufacturers (Apple, Samsung), there’s no one else who really competes with Google and its parent company Alphabet in the realm of online search. Toss in YouTube and its Android mobile operating system, and no one owns the digital ad space quite like Google.

Cons: Ad revenue is about the only thing that Google does sell well. Attempts at self-driving cars and virtual reality headsets haven’t taken off. If regulators clamp down on Google, or if competition ever perks up, the company’s solid footing may falter.