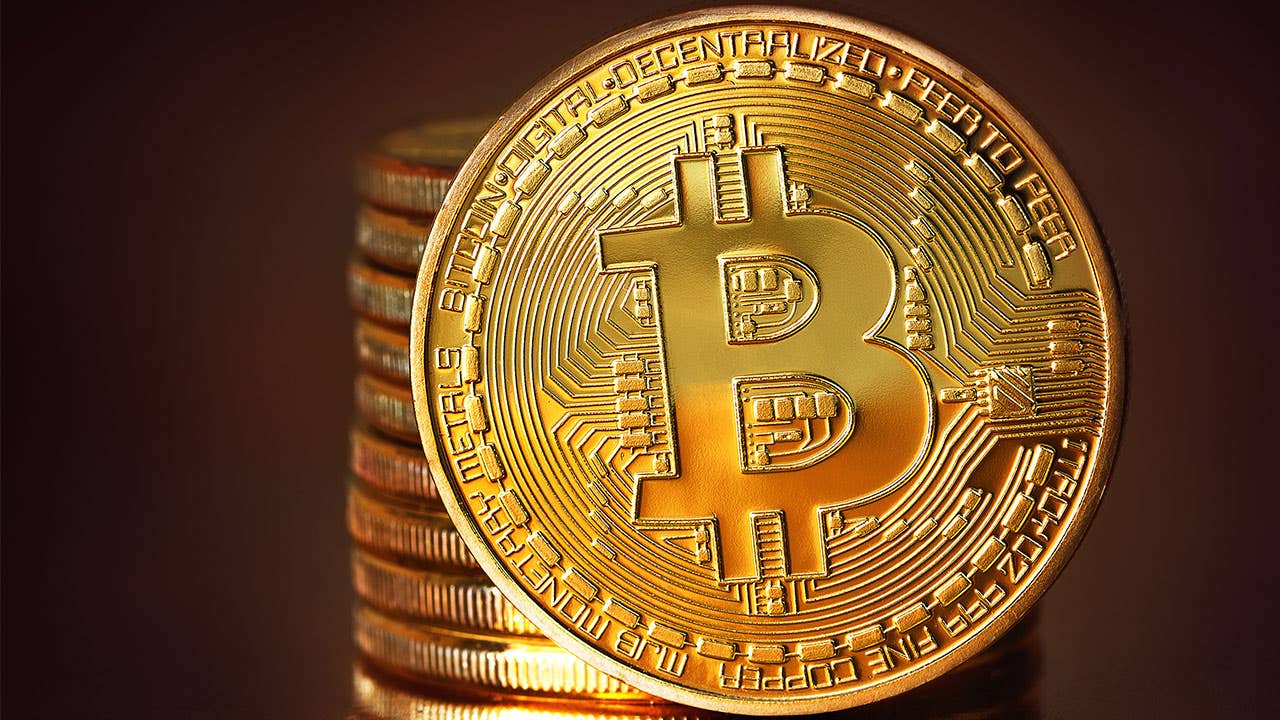 Jonathan Mohan has a well-rehearsed response for people who ask him if it’s time to invest in bitcoin: he’s neither for nor against buying, but asks everyone to keep in mind that the cryptocurrency is at all-time highs.

Bitcoin is now priced at more than $16,000, according to Coindesk, a news site dedicated to cryptocurrencies, but the price can fluctuate wildly.

It is perhaps not quite fair to call the digital currency mainstream, but it has certainly evolved away from being thought of mostly as a way to buy drugs and other illicit items on the dark web.

Cryptocurrencies like bitcoin, ether, litecoin and XRP are becoming a coveted asset class for many investors to include in their portfolios.

The stalwarts of banking and finance are more cautious. Jamie Dimon, CEO of JPMorgan Chase, has suggested that those who buy it are “stupid.” Goldman Sachs CEO Lloyd Blankfein has said his company is open to bitcoin, but cautioned it was too volatile for the firm to have a strategy just yet.

But many other investment firms are responding to growing customer interest. Earlier this year, Fidelity launched a partnership with Coinbase, the largest digital currency exchange and wallet provider, to allow its users to check their balances alongside the rest of their investments with the firm.

Should the average investor buy bitcoin?

Like most investing decisions, purchasing bitcoin or other digital currencies starts with assessing your risk tolerance. This step is a must for all non-bank investments, but it is a particularly important point with cryptocurrencies given their volatility. Ether, the cryptocurrency that is traded on the Ethereum network, experienced a so-called flash crash in June, with the price briefly dropping from $319 to a dime before quickly rebounding. Ether is currently trading above $450.

Frankly, don’t invest money in bitcoin or other cryptocurrencies that you’re not prepared to lose. If you’re looking for a considerably safer option, consider a CD. Although the ROI is a fraction of what you might earn on bitcoin, you’re guaranteed to a return and your principal is protected.

Don’t try to judge the market

Although investors should research cryptocurrencies, they shouldn’t try to read the tea leaves on what might happen next. Mohan cautions that bitcoin pricing trends have historically had no correlation with other market forces. In one sense, this could benefit your portfolio as a hedge against systemic risk.

Buy it and leave it alone for five to 10 years, says Ryan Breslow, who as a college student founded the Stanford Bitcoin Group. Breslow is now CEO of payments startup Bolt.

Some advise taking a dollar-cost-averaging approach, where rather than investing, say, $1,000 at once, you spread that investment out over a period of time. Doing so might result in a smaller profit, but it is a way to hedge against risk.

So, how do I buy bitcoin?

To buy bitcoin or other cryptocurrencies, you’ll need to set up an account with an exchange. Coinbase is one of the most popular ones because it has made it very easy to use. There, you can buy bitcoin, ether and litecoin. Other exchanges include Kraken and Bitstamp.

You can expect a sign-up experience similar to what you’d experience with a bank, including disclosing your personal information like full name and Social Security number. You’ll also need to link a bank account so that you can buy and sell cryptocurrencies.

In picking an exchange, you’ll want to consider fees for trades, the length of time it takes to execute a purchase and how easy it is to use.

Now what do I do with it?

Bitcoin is supposed to be like digital cash, a currency where purchases can’t necessarily be traced. In the U.S., you might find a few restaurants or other retailers that accept it. However, you should probably just treat it like an investment, not as a currency.

Also, it’s important to remember that there is no FDIC for cryptocurrency wallets to protect your assets: If bitcoin is lost or stolen, it’s gone for good.

The New York Times and Fortune both reported earlier this year about people who had large sums of money stolen from their Coinbase accounts after someone hacked their phone numbers.

Some in the digital asset community say it is a good idea to move some of your cryptocurrency stake out of an exchange and into what they call “cold storage.” That means taking the private keys to your digital currency and keeping them offline.

The options for this strategy can range from a written version of it to a flash drive-like fob that holds the keys to a brand-new computer that is not connected to the internet except for the sole case of moving a digital currency stake out of an exchange and into storage. If your bitcoin investment is held on a platform connected to the internet, there is a risk that it can be stolen.

If this seems like a lot of work to protect an amount of money you consider trivial, you can always leave your money in the exchanges like Coinbase. Indeed, Coinbase announced earlier this year it has raised $100 million of capital and its first priority is increasing the size of its engineering and customer support teams. Security is a major focus for those teams.

Should you decide to leave your investment where it is, you ought to call your mobile provider and ask that it place a “do not port” notice on your account. That should help prevent someone taking over your phone. As with any account involving your finances, be sure to pick a strong password that you don’t use on other accounts, too.