How to fund an IRA in 7 easy ways

You want to do right by your retirement plan, but between the mortgage, your teen’s braces and a new steering column for your car, there’s little leftover for your IRA.

Or so it would seem.

Far too many long-term savers overlook pots of gold that can be used to fund their futures, says Allan Katz, president of Comprehensive Wealth Management Group in Staten Island, N.Y.

“There are a lot of different ways to save if you try hard enough and are willing to make a few sacrifices,” he says.

Here are seven that won’t hurt a bit, even when your bank account begs to differ.

Save your tax refund 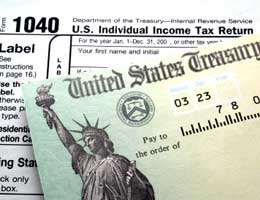 Tax refunds are an obvious source of extra cash.

And because it’s money you’ve already paid out, it won’t be missed when you redirect those dollars into your nest egg.

Financial planners, of course, have long advised taxpayers to balance their paycheck withholdings so they break even with Uncle Sam, noting refunds are tantamount to giving the government an interest-free loan.

But for those who have trouble paying themselves first, tax refunds can be an effective form of forced savings, says Thomas Scanlon, an accountant and Certified Financial Planner with Borgida & Co., an accounting and consulting firm in Manchester, Conn.

“Getting a refund is really not the end of the world anymore because interest rates at the bank are close to zero,” he says. “When savings rates were closer to 10 percent, that mattered more.”

Scanlon notes, however, that any refund to which you may be entitled should first be directed to your 401(k) plan — at least to the extent that you reap the full benefit of an employer match. The balance can then be applied to either your 401(k) or IRA. 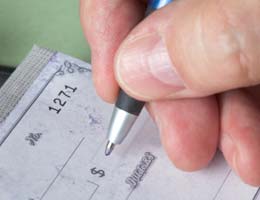 Let’s explain: You can make prior-year tax-deductible contributions (for the 2011 tax year in this case) to your traditional IRA until mid-April. The tax-filing deadline this year is April 17 because the 15th falls on a Sunday, and the 16th is a holiday in the District of Columbia.

Bottom line: It may reduce your tax burden to make an IRA contribution using pretax dollars, the savings from which can be used to help supplement the contribution itself.

That assumes you’re eligible for a deductible contribution to begin with, of course. If you are covered by a retirement plan at work, you may not be able to deduct an IRA contribution if your income exceeds a certain level. 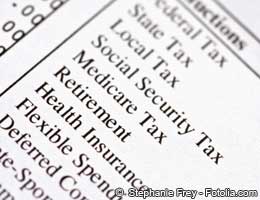 Congress and the White House have recently agreed to extend the 2 percent Social Security payroll tax cut for the remainder of 2012.

Prior to the tax holiday, employees and employers each had contributed 6.2 percent of pay to the payroll tax. But for employees only, that had been cut to 4.2 percent of wages through 2011 and the first two months of 2012 until it was extended again for the rest of the year.

The extension effectively prolongs the pay increase to 160 million American workers. For workers who earn $50,000 a year, the tax-cut extension increases take-home pay by about $20 a week. It’s money you can use to boost your retirement savings without feeling the pinch. 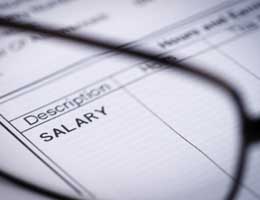 An overwhelming 97 percent of U.S. employers planned to increase salaries in 2012, with the average increase in base pay expected to climb roughly 3 percent, according to a recent survey by global consulting firm Mercer.

The highest-rated employees, it found, would receive an even larger 4.8 percent jump in pay.

If you’re among the lucky ones being rewarded for a job well done, don’t spend it. Save it.

“When you get a raise, don’t adjust your spending to that level,” says Katz. “You now have an extra $100 or $300 a month in your budget, so use it to increase your 401(k) or IRA contribution. Or, put it into another savings program. But the idea is to maintain your current lifestyle.” 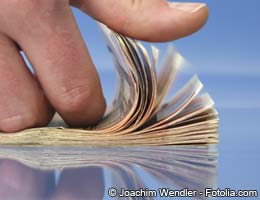 The same is true for one-time windfalls, such as when you receive an inheritance, get an unexpected job performance bonus or cash out stock options. Rather than blow it today on a new car or other expensive luxury item, invest it for tomorrow.

That’s money you didn’t count on, says Scanlon, so it’s easy to earmark for your IRA.

But don’t deprive yourself completely. Scanlon notes that a steady diet of financial abstinence is neither healthy nor sustainable. We all need to splurge now and then.

“Take a slice of that windfall and reward yourself,” he says. “Take 10 percent for something you want personally, and use the rest wisely.” 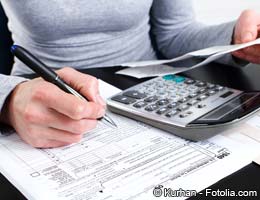 Low-income savers may also be eligible for a tax credit of up to $1,000 ($2,000 for married couples filing jointly) for contributions they make to an employer-sponsored retirement plan or to an IRA via the saver’s credit.

To qualify, you must be 18 years old, and you cannot have been a full-time student or have been claimed as a dependent on another person’s tax return.

Free up the small change 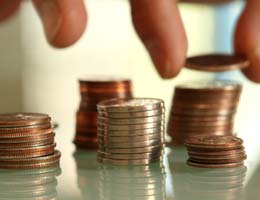 By far, though, the best way to fund an IRA when you’re not feeling flush is to contribute to your account via direct deposit every month — however small the amount, says Katz.

You’ll be surprised how easy it is to free up an extra $100 in your monthly budget.

Cut the cable. Switch to a cheaper cellphone plan. Bring your own lunch to work. Lower the heat when you’re not at home. Brew your own coffee instead of buying it on the go — if you buy your coffee every morning, you stand to save $11 to $25 weekly.

Katz suggests keeping a journal for at least a month to track “every penny,” giving you a clear idea of where you can save.

“Financial planning is not just about budgeting. It’s about living within your means,” he says. “If you’re living at the edge of a paycheck month after month, one day you’re going to quit working and what happens then? It’s like falling off a cliff.”

More On IRAs And Saving Money: