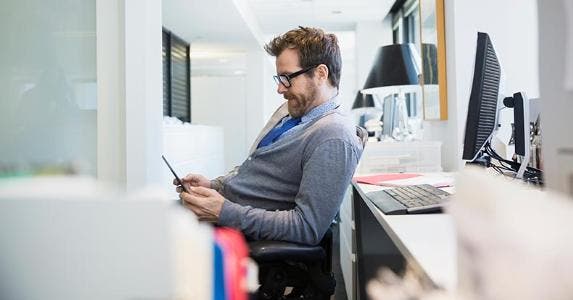 Millions of employees have had the option to make after-tax contributions to their traditional 401(k) plans for many years — long before the Roth 401(k) came on the scene. Now, a recent IRS ruling makes it easier to do an after-tax 401(k) rollover to a Roth IRA.

The ruling potentially will benefit many workers, especially those whose incomes make them ineligible to contribute to a Roth IRA annually.

But employees can sock away a lot more retirement cash if their company plan offers an after-tax option in a traditional 401(k). For instance, the IRS established a limit of $53,000 for individuals in 2016.

Thanks to the recent IRS ruling, employees now can more easily roll over after-tax contributions into a Roth IRA when they retire, or after leaving their company.

“In essence, you can now contribute over $50,000 per year into your Roth IRA,” says Brian Frederick, CFP professional and associate financial planner at Intrinsic Wealth Counsel in Tempe, Arizona.

Clarifies and streamlines the process

In recent years, a growing number of employees retiring or separating from their company have tried to avoid future taxes on gains altogether by rolling their after-tax contributions into a Roth IRA. But because IRS rules on the matter were so murky, employees typically had to jump through a series of hoops to accomplish their goal — and in the end, they often had to pay some taxes to complete the rollover.

“There was no clear guidance on how to accomplish it without incurring taxes,” says Erik Klumpp, CFP professional and founder of Chessie Advisors in Rochester Hills, Michigan.

“The new rule makes it clear that it can be done as a direct rollover,” he says. “This eliminates the risk of problems with the IRS later.”

The new rule will benefit various types of investors, especially high-income earners who make too much money to be eligible to contribute to a Roth IRA in the standard way.

“High-income earners who have been phased out of contributing to a Roth are now able to get into a Roth IRA with ultimately no out-of-pocket costs,” says Steve DeCesare, CFP professional and founder of DeCesare Retirement Specialists in Marlton, New Jersey.

Others who may benefit include:

It is important to note that for most workers, the new rule will not come into play until they retire or separate from the company associated with their 401(k) plan.

“Participants can now contribute after-tax money knowing that it is a way to build up a Roth IRA once they retire or leave the company,” Klumpp says.

In addition, the new ruling only affects participants who make after-tax contributions to a traditional 401(k) plan, as opposed to a Roth 401(k). Participants in a Roth 401(k) plan already can roll their funds into a Roth IRA upon departure from their company.

If you plan to roll over your entire 401(k) balance, the rules are pretty straightforward.

“The plan administrator will distribute the funds per the wishes of the investor in 2 separate checks — 1 representing pretax contributions to their (traditional) IRA, the other after-tax contributions converted to their Roth,” DeCesare says.

“The new guidance doesn’t allow you to really isolate the after-tax portion and just roll that portion over to a Roth IRA,” Novick says. “A participant can’t take a distribution of $20,000, claim the entire amount consists of after-tax contributions and roll it into a Roth IRA.”

That would run afoul of the Roth IRA conversion “pro-rata rule.” Instead, you must roll over a proportionate amount of both pretax and after-tax funds relative to the value of the entire account.

The only way to roll over all of the after-tax portion into a Roth IRA is to roll over the entire 401(k) account, not just part of it, Novick says.

Before rolling over after-tax 401(k) dollars into a Roth IRA, it is important to make sure you carefully complete the proper paperwork. And since the rule is relatively new, some plan administrators “might not have forms that specifically allow for the after-tax portion to be rolled into a Roth IRA,” Novick adds.

If your plan administrator balks at your request, Novick urges you to forward a copy of the new IRS rules — “and keep fighting!”