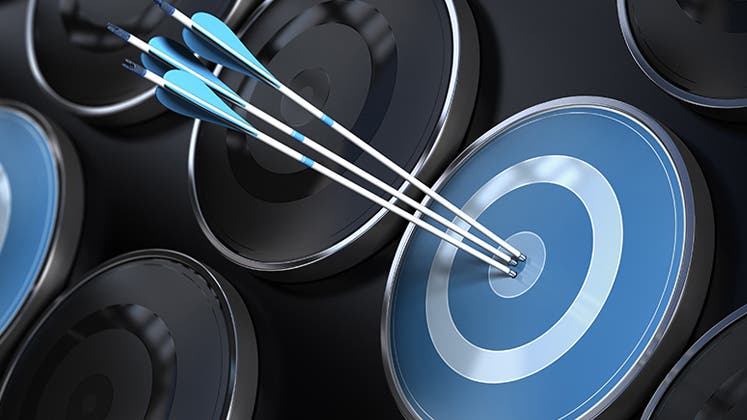 Target-date funds have fast become the favored tool among retirement savers who have neither the expertise nor the inclination to manage their own account.

Billed as “set it and forget it” investment options because they automatically adjust their asset mix as investors age, target-date funds held some $595.5 billion in total assets at the end of the 2013 — more than a fivefold increase over the $111.9 billion held in 2006, according to investment research firm Morningstar.

Management consulting firm Casey, Quirk & Associates in Darien, Connecticut, further estimates that target-date funds will represent nearly half of the projected $7.7 trillion in U.S. defined contribution assets by 2020. That includes payroll deductions that get funneled into 401(k), 403(b) and 457 plans.

Yet, among investors, misconceptions abound over how these funds are structured, how often they rebalance, the level of risk involved, and the degree to which fees and equity allocations can differ among fund families.

“Based on anecdotal feedback and the surveys we’ve seen, it’s clear there’s not great understanding about how varied these products can be,” says Josh Charlson, a senior mutual fund analyst with Morningstar.

A 2012 study for the Securities and Exchange Commission, for example, found just 36 percent of respondents correctly indicated a target-date fund does not provide guaranteed income in retirement.

Fred Reish, a benefits attorney with Drinker Biddle & Reath in Los Angeles who specializes in fiduciary issues, says investors should pause to reflect on whether this popular “one-stop shop” retirement solution is right for them.

“Target-date funds are a much more complex investment than ordinary mutual funds,” he says. “There are a lot of moving parts.”

Indeed, target retirement funds invest in stocks, bonds and alternative assets, typically in a collection of mutual funds overseen by a fund manager.

That mix is automatically rebalanced over time based on the investor’s projected year of retirement, or target date, becoming less focused on growth and more focused on income as the target date draws near.

As with stocks and mutual funds, there is no guarantee of principal.

Exactly 541 such funds exist in the U.S., according to Morningstar.

While many funds share the same target date, their fees, asset mix and performance can vary dramatically, depending on the fund family that manages it.

Fees, for example, are impacted greatly by the size of the plan — larger plans benefit from economies of scale — and whether a fund is actively or passively managed. Actively managed funds typically cost more.

The average annual asset-weighted expense ratio for target-date funds is 0.84 percent, according to Morningstar. Actively managed funds have an average expense ratio of 1.29 percent of net asset value.

BrightScope rates more than 55,000 401(k) and 403(b) plans on its website, enabling investors to plug in the name of their employer to produce a free “personal fees report,” which breaks down how much they pay for their investments — including target-date funds.

Morningstar also rates 250 target-date funds with its gold (24), silver (53) and bronze (61) scoring system, which factors in the fund’s performance, the caliber of its management and the quality of its portfolio.

‘To’ versus ‘through’ funds

The asset allocation — and thus risk level — of target-date funds is dictated largely by whether the manager uses a “to or through” glide path, says Morningstar’s Charlson. A glide path refers to the formula used to adjust the mix of stocks, bonds and cash in relation to the target date.

Some target retirement funds seek to become most conservative right at the point of retirement — or “to” the target date. These include funds offered by Wells Fargo Advantage, Russell LifePoints and PIMCO Real Retirement, he says.

As such, they increase their exposure to cash and bonds earlier in their glide path as they move into capital-preservation mode.

Others, such as those managed by T. Rowe Price and AllianceBernstein, have among the most aggressive glide paths in the industry, maintaining greater exposure to equities past the point of retirement to combat inflation and longevity risks, says Charlson. These are known as “through” funds.

At the target date, says Charlson, the equity allocation in such funds might remain at 60 percent or more, compared with a Wells Fargo fund, which would have winnowed down its stock exposure to less than 30 percent.

Those who wish, or need, to go for growth during retirement would be best served in a fund that uses a “through” glide path, says Charlson, while more conservative investors and those with significant personal savings outside their target-date fund might instead opt for a “to” fund that focuses on wealth preservation.

Investors can purchase target-date funds independently through retail brokers, but the overwhelming majority invest in these products through their 401(k) plans at work.

That’s largely because these funds are deemed qualified default options for plans that automatically enroll their employees. As such, employees who don’t actively select their fund options will have a fund chosen for them by their employer.

That’s all the more reason to perform your own due diligence, according to the Employee Benefit Research Institute.

Indeed, the convenience of putting your savings on autopilot comes with some pretty big potential drawbacks.

Differing opinions. Your opinion, for example, may differ from the fund manager’s over what constitutes an “appropriate” asset allocation and what asset classes belong in the fund to begin with, says Nevin Adams, co-director for the EBRI Center for Research on Retirement Income.

Differing risk tolerance. Others might argue that investors are not well served by an “all inclusive” mix that disregards an individual’s risk tolerance.

“There were a lot of investors who were surprised in 2008 to discover that target-date funds could be more aggressive than they had anticipated,” says Adams. That year, the average 2010 target-date fund lost 23 percent, according to Morningstar.

Target-date funds can be convenient for retirement savers who seek to build wealth without the hassle of having to select their own investments.

Despite their popularity, however, they’re not all things to all investors. Before buying in, find out whether the fund you’re considering uses a “to” or “through” glide path, what you’ll pay in fees and whether the asset allocation selected will help you meet your long-term financial needs.

“You have to know what your expectations for that money are, and understand what you’re putting on the table,” says Adams.