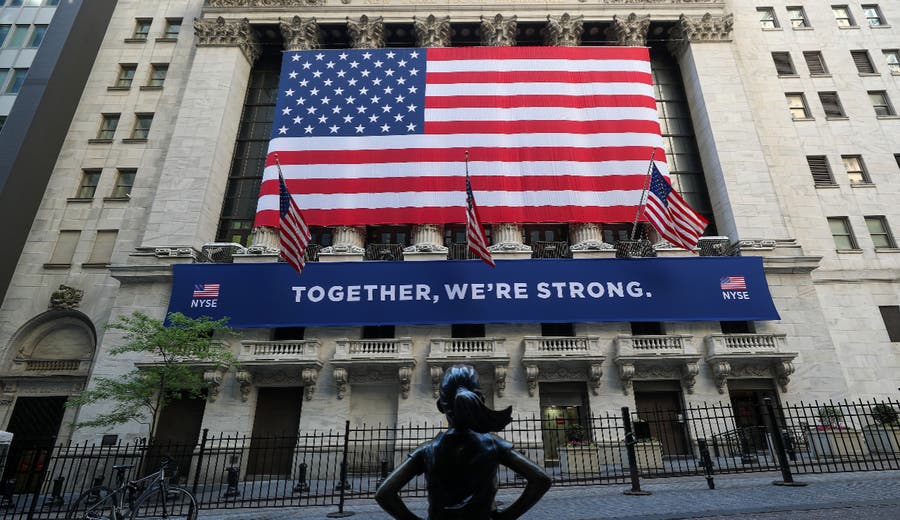 A whole new set of investors are now getting access to certain high-risk investments, such as hedge funds and private equity, as a result of some recent rule changes from the Securities and Exchange Commission (SEC) and the Department of Labor (DOL). It’s part of a trend to open up more exotic alternative investments to a wider audience.

While some investors may welcome the ability to access these potentially lucrative investments, most investors are better served sticking to safer investments, which still typically perform as well as these higher-risk options and sometimes outperform them.

Here’s who’s newly eligible to access these high-risk investments and why you’re likely better off investing in a traditional index fund.

Hedge funds and private equity are two of the more exotic kinds of investment products, and they’ve been traditionally reserved for higher-net-worth individuals or higher earners – so called “accredited investors.” But the definition of accredited investor is now becoming more inclusive.

The SEC approved an expansion of who qualifies as an accredited investor in late August. These investors now include holders of an entry-level stockbroker’s license as well as “knowledgeable employees” of some investing firms. It also allows the SEC to certify individuals based on “professional certifications, designations” or “other credentials issued by an accredited educational institution,” which the SEC may determine later.

Besides hedge funds and private equity, newly accredited investors will also have the ability to invest in privately marketed securities, where regulations are looser than in public markets.

Under the old rules, accredited investors were individuals who had more than $1 million in net assets, not including homes, or who earned at least $200,000 annually for the last two years. These individuals were assumed to be more sophisticated or at least able to absorb losses.

The new definition moves toward a definition based on knowledge and not just wealth.

That’s not an unreasonable standard, since wealth does not confer the ability to invest sensibly, only the ability to withstand losses without becoming destitute. So it seems sound to change some of the basis for investing in these riskier products to a standard based on investing knowledge.

“They also want to level the playing field so all reasonably qualified investors have access to the same opportunities,” says Christopher Mizer, CEO at Vivaris Capital, an alternative asset investing company in La Jolla, California.

While the move makes some practical sense, it’s also in the interest of big financial players. It’s part of a push by the financial industry and the Trump administration to expand the number of people who can access these products, and so the pool of capital available to invest in them.

“This is a good step forward, overall, to allowing individuals to gain freedom in their investment decisions,” says Scott San Emeterio, CEO and founder at BallStreet Trading. He acknowledges, still, that regulators should clearly define the suitability of each investment type for investors.

The change in accreditation rules follows a decision earlier this year by the DOL to allow employer-sponsored 401(k) plans to access private equity as part of a diversified fund, such as a target-date fund.

Hedge fund Bridgewater and private equity shops Carlyle and Blackstone Group were among those supporting the expansion of accreditation, according to the Wall Street Journal. One reason: fees on more exotic products remain robust, while management fees on traditional funds have been declining for at least two decades. Part of the reason for those higher fees is the reputed higher performance of the funds, or at least the potential for higher performance.

Riskier investments are on the table

While the financial industry is working hard to get its exotic products on the table, that doesn’t mean they’re worth investing in. In fact, it may mean the reverse, though some investors think that access to alleged “smart money” such as private equity may improve their overall returns.

“The overall returns of alternative assets, including private equity, venture capital, real estate development, etc. have historically been higher than public equities,” says Mizer, noting that some of the differences in performance depend on the time measurement period.

However, at least some evidence refutes the idea that these sophisticated products as a whole outperform a basic Standard & Poor’s 500 index fund, where the returns have averaged about 10 percent annually over long periods of time.

For example, research from Ludovic Phalippou at the Said Business School at Oxford University indicates that from at least 2006 until the end of 2019 the performance of private equity funds, net of fees, only matched that of public stock markets.

To get such performance, investors typically have to lock up money for years, pay high fees, regardless of performance, and endure inconsistent performance even from “good” managers. Those are significant downsides, compared to investing in publicly traded companies.

And the nature of some of the strategies used by private equity makes their funds inherently riskier than a plain vanilla S&P 500 index fund.

To get one sample of a private equity strategy, consider leveraged buyouts, admittedly one of the more controversial approaches. In this strategy, a private-equity firm might buy a publicly traded company, funding the purchase with massive loads of debt. Often, the operating strategy involves paring costs to the bone, cutting staff and ramping up workloads. Then the firm sells the company back into the public market, and the company slowly pays down its debt, if it can.

This strategy requires at least a few years to execute, and often five-to-seven years, during which investors’ funds may be locked up. The huge debt load also makes the company more risky. If business turns down for any reason, the company may be hard-pressed to survive. In fact, this endangerment of companies is one key charge leveled at private-equity firms.

However, if the company survives, investors can make a lot of money as it pays down debt and the returns to shareholders soar. But success or failure, the company has to take on more risk.

So investors, too, may be taking on higher risk in exchange for returns that only match what public investors can access in a basic index fund. Plus, fund investors have immediate liquidity, pay lower fees, and have more transparency into their investments, compared to private equity.

Should investors bet on alternative assets?

“Investors at this level are happy to take more risk- and growth-focused investments, because the idea of a 20 times return outweighs the opportunity cost of a nominal 5 percent with the S&P,” he says. And it’s not an either-or choice for this group.

“They are likely to be quite heavily invested in the S&P and can afford to put on risk through alternative investments, in addition to those core equity positions,” he says.

And that sounds like a reasonable plan for high-net-worth investors who can afford to swing for the fences or potentially lose it all. But what about investors of more modest means, such as those who may be able to purchase a stake in private equity only as part of their 401(k) plan?

Those investors really do have to pay attention, since they may end up paying higher fees and receiving little performance in return for the privilege, depending on the fund.

On top of huge fees, “the returns differ widely by firm and vintage,” he says, noting that offering such funds to retail investors “is the antithesis of the trend toward passive index equity investing that has been championed by the late Vanguard founder Jack Bogle.”

Investors who can afford to pay the high fees and endure the other downsides of alternative investments may do so. But most investors are best served by sticking to the tried-and-true, such as an S&P 500 fund, which has been championed by investing luminary Warren Buffett.

“The bottom line for investors is that fees are certain and returns are uncertain,” says Johnson. “If you can minimize fees, you have a better chance of maximizing returns. The big winner is the private-equity and hedge-fund industry. The losers will be the investing public.”