It’s often said that a rising tide lifts all boats, but a rising tide isn’t much help if you don’t have a boat. In the midst of a six-year market rally, more than half of Americans don’t own any stock investments at all, potentially missing out on a big investing opportunity to build retirement savings and overall wealth, according to a new Bankrate Money Pulse survey.

Sitting on the sidelines

Despite the proliferation of investment-based retirement accounts such as 401(k)s, 52 percent of Americans report not owning any stocks or stock-based investments such as mutual funds, according to Bankrate’s Money Pulse survey.

He says many Americans “see themselves as savers and they worry about capital preservation.” Because of that, “they don’t take the risk necessary to achieve the returns that they need to fulfill their long-term investment goals.”

Opting out of stocks, which have historically been one of the highest-returning types of securities available to individual investors, is likely to have some harsh consequences for Americans over the long term.

“The average person has less than $25,000 saved for retirement,” Stammers says. “So people certainly aren’t prepared, and that’s just making them less prepared.”

For adults under 30, only 26 percent of whom said they own stock, the consequences could be profound. Young people who don’t invest in equities early are set to have “a lot less money later on,” says John Salter, associate professor of financial planning at Texas Tech University.

They won’t benefit from those extra years of letting their portfolio grow, eventually earning the “interest on interest” that generates real wealth, he says.

Why we’re not taking stock

In Bankrate’s survey, more than half of stock avoiders said the biggest reason they don’t invest is they don’t have the money to do so.

People with incomes under $30,000 per year were the most likely to cite a lack of sufficient funds for staying out of the market in our survey.

But that result also may reflect a misconception that you need a lot of money to benefit from investing in stocks.

It’s also very common for people with less wealth to feel they can’t afford to risk what they do have by putting it in the stock market, Salter says.

Of those who don’t own stocks, 21 percent cited lack of investing know-how as the reason.

That’s about what you’d come to expect in the U.S., given that even those who do receive financial education often don’t learn the practical steps needed to overcome emotional biases and make good investing decisions, Stammers says. 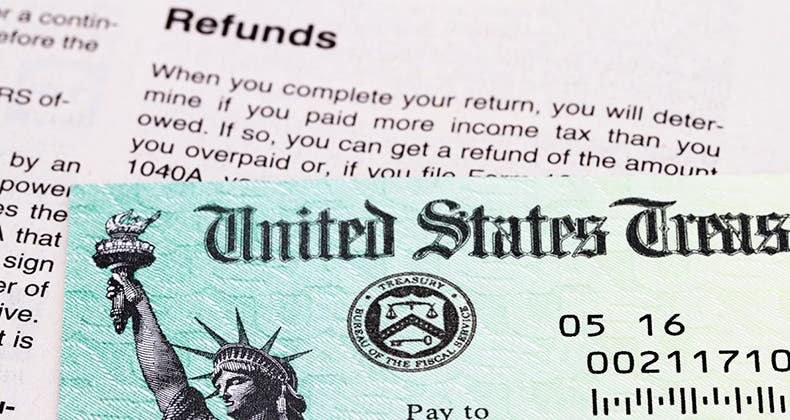 What would you rather have: a big tax refund or a bigger paycheck?

“There’s no effective financial education in the school system,” Stammers says. “Everyone is learning from the school of hard knocks for the most part, and that’s just not really an effective teacher.”

That notion is bolstered by Bankrate’s survey. Millennials were twice as likely as other age groups to say they’ve stayed out of the stock market because they don’t know enough to invest, suggesting they weren’t adequately prepared by the education they’d received.

Mistrust of the markets

Between the bursting of the dot-com bubble and the Great Recession, the “hard knocks” the market has doled out recently have been particularly devastating.

“You’ve got people who have just gone through a financial crisis not that long ago, saw the market take an incredible reduction in value and saw a lot of people lose money on paper,” Stammers says. “People’s memories are pretty long.”

That rough ride seems to have soured many on financial professionals as well. Americans aged 50 to 64, many of whom saw their savings slashed in both of those major dips, were twice as likely as other age groups to blame mistrust of brokers and advisers for not investing in stocks.

People also tend to hear bad news amplified in the media, and remember it when they do, Stammers says.

Many not paying attention to retirement

It’s important to monitor your investment accounts so you can detect fraud and broker mistakes quickly, Stammers says. But keeping some day-to-day distance between you and your retirement account may not necessarily be a bad thing.

“Actually, checking it on a daily basis might be counterproductive,” Stammers says. It might tempt investors to respond emotionally by selling or buying stocks in response to day-to-day volatility.

“What our emotions want us to do is hop out when it’s down and hop back in when it’s high, and that’s obviously the worst thing you can do,” Salter says.

Checking up on checking is more important

While it may be OK to put some distance between you and your long-term retirement investing, the same can’t be said for your credit cards and checking and savings accounts, says Bruce McClary, a spokesman for the National Foundation for Credit Counseling.

It’s important to keep a close eye on your transactions, especially with debit cards, McClary says.

“Acting quickly limits liability in situations of debit card fraud and situations where there might be erroneous transactions,” McClary says. “The only way to act fast and limit your own personal liability in those situations is to check as regularly as possible, even if it means checking daily.”

Methodology: Bankrate’s poll was conducted by Princeton Survey Research Associates International, which obtained the data via telephone interviews with a nationally representative sample of 1,001 adults living in the continental U.S. Telephone interviews were conducted by landline (500) and cellphone (501, including 316 without a landline phone) in English and Spanish from March 19 to 22, 2015.

Checking your accounts frequently also can help you avoid overdraft fees by letting you know when you’re about to make a purchase or let an automated payment go through that will overdraw your account.

“If you check your account regularly, it gives you that reaction time,” McClary says. “You can see if you’re heading into a brick wall.”

Princeton Survey Research Associates International conducted telephone interviews for Bankrate with a nationally representative sample of 1,001 adults in the U.S. from March 19 to 22, 2015. The margin of error for the questions ranged from plus or minus 3.7 percentage points to plus or minus 5.3 percentage points.