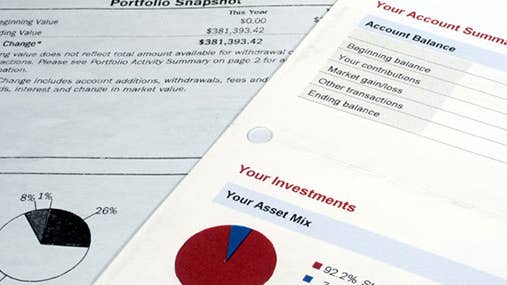 Figuring out 401(k) fees is challenging to plan sponsors — the employers offering these retirement plans — as well as workers, even with fee disclosure rules in place. The structure and price of retirement plans vary widely, as do the services provided.

Though participants are basically at the mercy of the employer when it comes to plan expenses and the investments offered, they can control the cost of their own investments to a certain degree. That’s key, because the bulk of costs to employees comes in the form of investment expenses.

Minimizing the cost of investing could enrich a retirement account to a greater extent than any surplus in return that a skilled mutual fund manager could deliver over the benchmark. Returns are always uncertain while fees are a sure bet. A smart investment plan will take both into account.

Here are three little-known facts about 401(k) fees that participants should know before deciding where to invest their hard-earned money.

That’s because small plans cost a lot more to run. The difference in fees paid by participants in small plans versus large plans can be more than half of a percentage point, as shown in the table below.

Across all plan sizes, fees have trended downward over the past few years.

No one can argue with the benefits of buying in bulk. But there may be another influence for which economics has no easily quantifiable answer: plan sponsors who just fell off the investing turnip truck. The responsibility for the retirement plan often falls to a person who has a full-time job that doesn’t involve retirement plans.

“Small plans may not be as knowledgeable as large plans,” says Utkus. “Large plans typically have full-time or more experienced staff that oversees their retirement plans. As a result, the large-plan sponsor may be more knowledgeable about the impact of costs on retirement outcomes, and so they focus more on lowering costs than smaller companies.”

That focus on fees means that employees at a giant corporation can, after 35 years of work, amass more than $100,000 over their counterparts at mom-and-pop shops, everything else being equal.

The difference in fees becomes stark over time. Compounding will eventually cause your savings to grow exponentially, but fees erode the number of dollars that are available to double and triple. Saving more and minimizing investment fees as much as possible are the best ways to keep fees from eating away at your nest egg.

Fees aren’t the only force eating your portfolio: Inflation packs a painful wallop. The table below shows how inflation will erode the hypothetical portfolios after fees have taken a bite. The rate of inflation is assumed to be 3 percent.

2. Your fees could be hidden

Have you ever thought the expense ratio for your large-cap index fund seemed a tad high? It could be padded with revenue sharing fees.

“Typically, a mutual fund will pay service fees, which may or may not be pursuant to 12b-1 fees, back to the transfer agent or custodian. That means assets invested in particular types of funds will pay a fee back to the service provider for the 401(k) plan,” says Byron Bowman, senior vice president and general counsel at fi360, a consulting firm on fiduciary issues.

Here’s the danger: “It encourages service providers to choose those funds from which they will receive revenues,” he says.

Revenue sharing isn’t inherently bad. The fees can be used to offset the cost of administering the plan and keeping records. In some cases, once revenue sharing fees pay for other costs associated with the plan, the recipient will then credit any excess back to the plan.

“For example, if I, as trustee, choose Fund X for my clients via a fiduciary process, Fund X can pay me the 12b-1 fee since they didn’t have to pay a broker, and they can pay me the shareholder servicing fee since they don’t need to record-keep each individual participant on their systems since I’m doing it on mine,” says Pete Swisher, senior vice president of national sales at Pentegra Retirement Services.

“The question becomes what I choose to do with that money. (Department of Labor) regulations dictate that in this example, I must take 100 percent of these payments and return them to the plan, either as fee offsets or direct credits. Thus, in this example, revenue sharing is a substantial discount over ordinary fund fees,” he says. 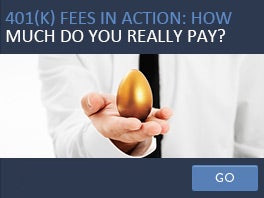 In Swisher’s example, as a trustee of the retirement plan, he has a fiduciary duty to the participants. Typically, people who have discretion over the plan are fiduciaries. The people who do not have a duty of loyalty to plan participants, however, include a wide range of service providers.

“The record keeper, the third-party administrator: Neither of them are fiduciaries. A Schwab, John Hancock, Vanguard: They are not fiduciaries. They manufacture investment products,” says Joyce Morningstar, an accredited investment fiduciary at Dynamic Wealth Advisors in Scottsdale, Ariz.

There is nothing illegal about building extra fees in mutual fund expenses. But there is the potential for conflicts of interest — and fiduciaries to the plan need to know that while picking investments.

“A 401(k) plan is one of the very few products that people buy that they have no idea what it costs,” says Morningstar.

3. You may be paying fees for co-workers

Revenue sharing fees may not cut evenly across the plan; some funds have more revenue sharing padding than others. And that may mean that some participants are paying higher fees than others within the same plan.

“It can be the case that there are large disparities in revenue sharing from fund to fund, so you can have Bob putting all his money in the Vanguard (Standard & Poor’s) index fund with zero revenue share and Sue putting all her money in the ‘Black Hole fund’ with 1 percent revenue share. And if the revenue share is being credited back at the plan level — versus the individual participant level — then Sue is subsidizing Bob,” says Swisher.

According to Swisher, there’s a trend toward institutional fund classes and equalization of revenue sharing. In the meantime, savers should pay attention to fees; they should be a key consideration in an investment plan.

In the end, the cost of a retirement plan is just one piece of the retirement puzzle, and fees are only one consideration out of many. Some of the most salient influences on a retirement nest egg include the rate of return, the amount of time the money is in the market and the amount saved over the years. Savings are the most controllable factor, so save more to mitigate the impact of fees, and you’ll be even better off in the long run.