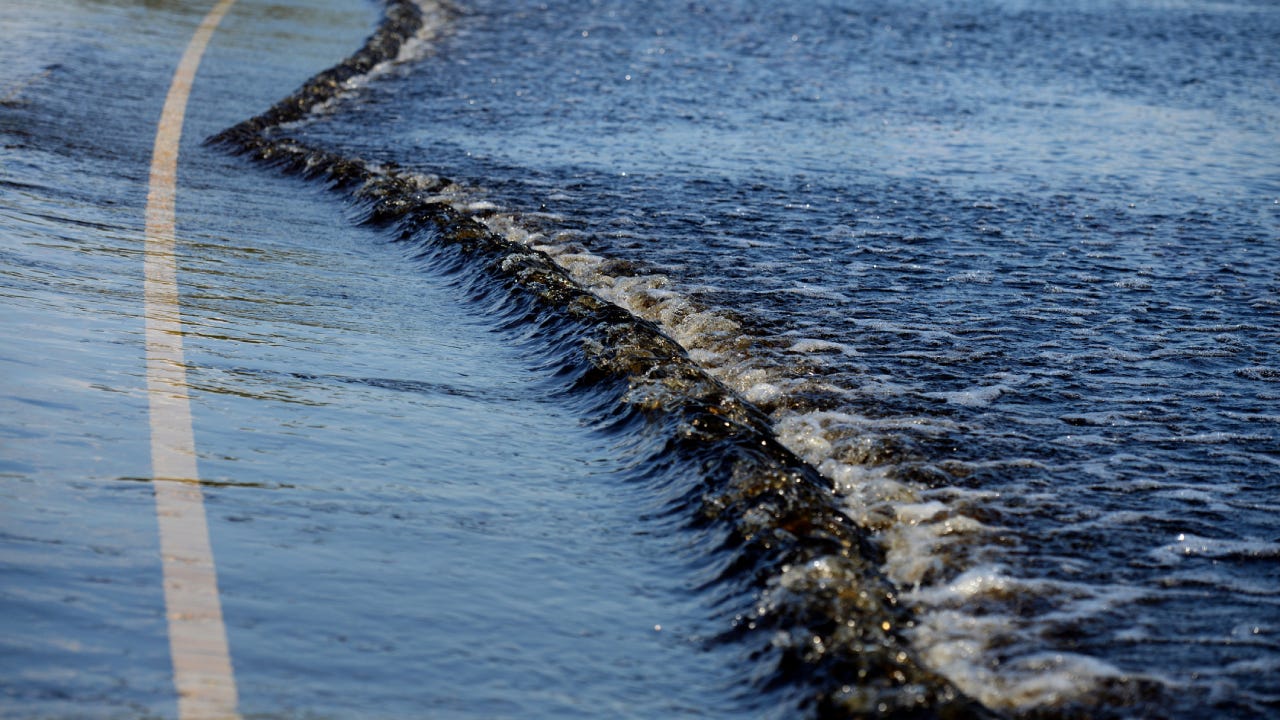 For many, North Carolina flood insurance is relatively affordable, but the cost of coverage can depend on several factors, including your location. While insurance providers sell private flood insurance, most homeowners buy coverage through the National Flood Insurance Program (NFIP), managed by the Federal Emergency Management Agency (FEMA).

More recently, flooding in the North Canton region led to two deaths and 20 unaccounted for individuals following Tropical Storm Fred in August 2021. Officials estimated that Fred did $300 million in damage and destroyed 225 structures, leading to a state of emergency. In November 2020, heavy rain, which brought nearly 10 inches of rain, caused severe flash flooding across the state, causing three deaths, washed-out homes and collapsed roadways and bridges.

But the Atlantic coastline is not the only North Carolina region at risk of flooding. Floods, many severe, affect all North Carolina regions, with the central regions of the state being particularly high risk. Unfortunately, most North Carolinians are underinsured for flood losses. Although more than 4,000,000 people call the Tarheel State home, only around 130,000 property owners carried flood insurance in 2017. Even so, over 1.3 million acres of property in North Carolina, valued at $8 billion, remains vulnerable to flooding.

Standard homeowners and renters policies do not cover flood damage. NFIP policies pay up to $250,000 for residential building losses and up to $100,000 for contents, and you must buy building and content coverage separately. Private flood insurance may offer higher limits, plus other advantages, such as replacement cost protection for contents and structures and loss of use coverage, but is likely more expensive.

Wake County, North Carolina’s most populous county and home to the city of Raleigh, historically has the most flood events with 132 events as of 2019. Guilford County has the next most frequent flood events, with 93 as of 2019. Neither county is on the coast, highlighting the fact that not only coastal homes are at risk of flooding or need coverage. Larger floods caused by wide-spread rain or hurricanes may receive the most press attention, but a heavy local rainfall that floods a nearby stream may also cause extensive damage to your home.

The most severe weather event in recent history in North Carolina was Tropical Storm Fred in 2021. This caused rivers throughout the state to rise as much as 20 feet above flood stage and river basins in eastern North Carolina to reach 1999’s Hurricane Floyd flood levels.

As climate change leads to more uncertain weather throughout the country, it’s likely that hurricanes and coastal storms will continue to increase in the U.S. Flood insurance in North Carolina may continue to become even more important for homeowners and renters, even those not living in current high-risk flood zones.

According to FEMA, in 2019, NFIP flood claims averaged $52,000 per claim nationwide. The same year, homeowners paid an average flood insurance premium of around $700. A few private insurers write private flood insurance policies, but the federal government administers the majority through the NFIP.

In 2021, FEMA updated its system of determining flood insurance costs to Risk Rating 2.0, which meant that those who already have flood insurance may see changes in their rate. Roughly 66% will see a small increase. For the most accurate insurance premium estimate, request a quote from a provider that sells NFIP or private flood insurance or speak with a licensed insurance agent.

What will your North Carolina flood insurance pay for in the event of a flood? There are two types of coverage: building coverage and contents coverage. These are purchased separately and each protects different items after a flood:

Contents coverage, meanwhile, will pay for damage to items including these:

There are some items or costs that your flood insurance will not cover, however. These include any costs incurred from living expenses while your home is being repaired, cars, property outside your home such as decks, patios and septic systems, and any personal property that you keep in your basement. The latter is why it is a good idea to move valuables out of your basement when flooding is predicted in your area.

If you live in a moderate- or high-risk flood zone, buying flood insurance ahead of time can be an important financial protocol. You can find your property’s flood risk using the floodplain mapping tool on the North Carolina Flood Risk Information System website. In general, it’s worth considering flood insurance if you live in one of the high-risk counties we’ve listed above, including Wake, Guilford and Watauga counties, as well as regions along the coastline.

In most cases, you cannot file an NFIP claim until 30 days after purchasing a policy, so buying a policy as a storm approaches may not provide protection in time. However, the NFIP waives the 30-day waiting period under certain circumstances, such as:

When you purchase a house or commercial property within 13 months of the property being deemed high-risk for flooding, the NFIP reduces the waiting period to one day.

How to purchase flood insurance in North Carolina

Many major insurance providers sell NFIP policies, including Allstate, Geico and Liberty Mutual. If you already have a business, homeowners or renters policy, ask your agent if the carrier offers private flood insurance or NFIP policies. According to the North Carolina Department of Insurance, all but 28 communities participate in the NFIP. You can find insurers who participate in the NFIP program using the provider look-up tool on the FEMA website. Flood insurance is available for businesses, homeowners and renters. If you’re buying a new home, you can purchase a flood insurance policy at closing.

How to file a NFIP flood insurance claim

Following a flood, you will likely have a lot on your mind and may be badly shaken up. Fortunately, the NFIP makes it easy to submit your claim, which you should do as soon as possible. Here are the steps you should take:

Read more From Michael
Michael Evans is a former contributor to Bankrate and has worked in numerous industries, including education, finance, government, insurance and journalism. He began writing professionally while working for the world's first online mortgage brokerage in San Francisco, California. His writings have appeared in print and online publications, including Fox Business, International Living, Motley Fool and Yahoo Finance. He and his family divide their time between residences in Northern California and Colombia. When Michael is not writing, he enjoys working in his photography business and playing with his cat, Cyndi Lou.
Edited by
Mariah Posey
Insurance Editor