They may seem rather old-fashioned, but ceiling fans are actually a versatile bit of technology — a blast from the past that has a place in the most up-to-date home. Not only do they keep rooms cool and comfortable, but they can also save you money on your air conditioning bills.

At the height of summer, a ceiling fan will allow you to raise the thermostat setting about 4°F with no reduction in comfort, according to the U.S. Department of Energy. At night or during moderately hot weather, ceiling fans may allow you to avoid using your air conditioner altogether, thanks to their efficient movement of air. That can prolong its life and keep your energy costs manageable — financial wizardry at its finest.

How much do ceiling fans cost to install? Indoor ceiling fans average between $200 to $800, while outdoor fans range from $300 to $900. Our guide highlights the different kinds of ceiling fans available, factors influencing price, and how to determine how much fan you need for a particular room.

What are the different kinds of ceiling fans?

Ceiling fans are like the shoes of home improvement. They come in a variety of architectural styles, from farmhouse-rustic to industrial modern to tropical to Victorian, and with lights to match. There are even “fandeliers” — fans that incorporate chandeliers.

Style aside, fans do come in certain standard types.

Standard ceiling fans average $50 to $300 per unit. With blades rotating parallel to the ceiling, these are the most common types found in homes and apartments. Some will also include a light fixture and dimmers to set the mood. What’s unique about standard ceiling fans is you can find them in every style and finish, making them enticing for all design tastes.

Similar to standard fans, low-profile derive their name from their close location to the ceiling; they lack any sort of downrod (see below), which makes them an ideal fit for rooms eight feet high or less. Costs for these models vary from $50 to $300.

The main characteristic of hanging propeller fans is they reach lower than other models: The fan’s propeller and blades hang from downrod, or pole. It makes them a suitable option for rooms with higher ceilings (aim for nine feet or more). Extremely good at pushing air, propeller fans can also be fantastic for retaining heat in the winter through reverse flow of their blades, making a room feel warmer. The costs for these fans are $150 to $500.

Directional ceiling fans give you the ability to target specific areas with air. They achieve this by pointing in the direction of your choosing. You’ll have to budget more for these as they run from $150 to $800.

These models feature dual motors. It allows them to push more air, making them perfect for larger rooms. Rotational ceiling fans tend to be one of the more expensive types to buy, with prices ranging from $200 to $1,500 per model.

What affects the cost of ceiling fans?

Another factor impacting prices is the number of blades your fan has. Two blades set you back $150-$500, while six blades can cost from $200 to $600. Of course, the more your fan has to work with, the better it will circulate air, and the more comfortable the room will feel.

You’ll also want to pay attention to the fan’s rating, especially if you are considering it for an outdoor area. The rating reflects the degree of moisture-resistance the fan has. Dry-rated ceiling fans ($100-$1,100) are perfect for indoor areas where you won’t have to contend with the wet. For garages, porches, or any enclosed areas where there could be a presence of high humidity, you want damp-rated fans ($125 to $1,100). And for spaces open to the elements, like covered patios or decks, you’ll want to add wet-rated fans. These can resist the charms of rain. But they’re also expensive, with models ranging from $150 to $1,200.

Labor costs average $100 to $250 per ceiling fan. Increasing prices is adding wiring. Doing this could increase the project expenditures by another $150 to $500, depending on its complexity. Unless you possess extensive experience in wiring, you’ll need to hire an electrician to do the job. And this could cost anywhere from $350 to $2,000.

You could go the DIY route if the electrical wiring is already in place on your ceiling — it’s not that different from installing any light fixture. Leonard Ang, CEO of iPropertyManagement adds, “In terms of wiring difficulty, ceiling fans usually aren’t too bad unless they have lots of extra features like multiple switches for different lights or something similar.”

Still, ceiling fans are heavy and unwieldy; so it might be best to have an electrician or other pro do it, “Hire a professional to hang your ceiling fan to ensure it’s secure, centered, and balanced. Unbalanced ceiling fans tend to wobble, hum, rattle, and fall down if you’re not careful,” Ang remarks. 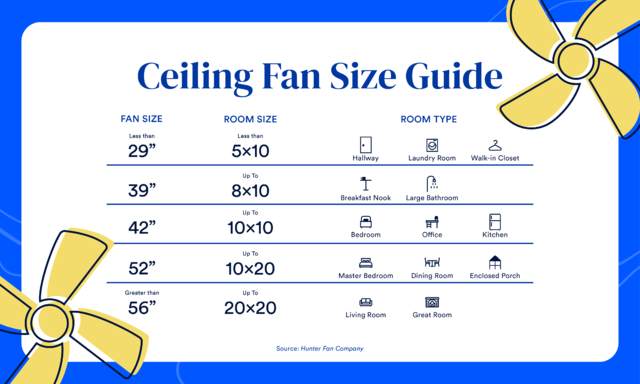 How big should a ceiling fan be?

Of course, the size of the fan itself is going to affect its cost, too — the bigger it gets, the pricier it gets. Which leads to the question: What size fan do you need?

It mainly depends on the room size. You want the right proportion, both for looks (you don’t want the fan to overwhelm the space) and for efficiency (you want to feel a breeze, but don’t want to be blown to bits).

Fans work most efficiently when the blades are 7 to 9 feet above the floor and 10 to 12 inches below the ceiling, the Dept. of Energy advises. Ideally, the blades should be no closer than 8 inches to the ceiling and 18 inches from the walls.

What do ceiling fans cost to run?

Ceiling fans are cheap to run continuously. How cheap? “The cost to operate your ceiling fan will depend on its size and efficiency, but no matter what, it will be way cheaper than air conditioning,” says Beth Martin, a Charleston, South Carolina-based interior designer. “A typical fan will most often only cost a few pennies a day, even when it has been running all day. Compared to your air conditioning, that’s a no-brainer. “

And when it comes to time to make repairs to your efficient machine, they can run from $90 to $200.

Overall, ceiling fans offer exceptional efficiency and energy savings that can help pay for themselves and keep you comfortable. Talk about versatile beings. 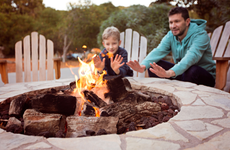 What does it cost to build a fire pit? 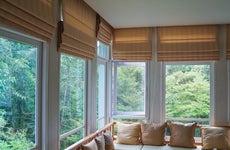 How much do new window shades cost? 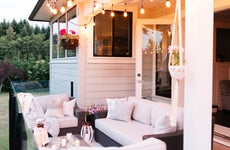 What’s the latest in outdoor lighting? 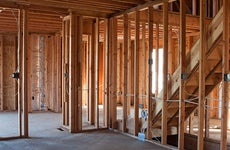 How much does it cost to frame a wall?