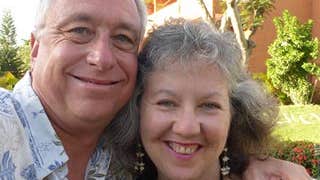 Billy and Akaisha Kaderli retired so early — at age 38 — that you almost can’t call it retirement. But whether you identify their experience as extreme early retirement or financial independence, the two are now entering their 25th year without the benefit of regular company paychecks — and with a higher net worth, despite inflation and withdrawals, than when they began their new life.

The couple is currently in Guatemala after spending some time in the Dominican Republic. They continue to travel the globe, chronicling their adventures and dispensing financial advice via their website, RetireEarlyLifestyle.com. They’ve also written an e-book, “Your Retirement Dream IS Possible.”

Via email, the Kaderlis shared their secrets for being financially independent. Some of the not-so-secret early retirement preparation tips include: Spend less than you earn, invest early and often and reduce debt to as little as possible, or zero, if you can.

Read on for more of their insights.

A house is a house

Housing is one of the most expensive fixed costs for retirees. Even without a mortgage, the insurance, taxes and maintenance fees can take a chunk out of your budget.

The Kaderlis began their adventure with no possessions. They sold their home, sunk the profits in the market and hit the road. But a few years ago, they jumped back in the housing market and purchased a manufactured home in an active-adult community in Arizona. Currently, they rent it to a tenant, but eventually when they’ve had enough of the road, they’ll have a home in the U.S. Since they lease the land, property taxes are minimal and the rent covers expenses on the house.

Retirees who don’t want to take as drastic a step can reduce housing costs by moving to a cheaper area or downsizing.

Here’s to your health

Since they retired, the Kaderlis have largely self-insured when it comes to health care. “We have had numerous health care encounters in Thailand, Mexico and Guatemala — everything from routine annual checkups including eye care, colonoscopies, full physicals and lab work, to a very serious accident which required surgery,” they write. “In each of those experiences we have had excellent treatment and care with positive outcomes at a fraction of the costs in the U.S.”

While they plan to continue paying out of pocket while outside of the U.S., the Affordable Care Act has forced them to rethink their coverage in this country. To avoid the mandatory health insurance fee, expats need to prove they spend at least 330 days per year outside the U.S. “This is our current plan,” they say. “Being 62, we have a few more years before Medicare applies to us and then we will not have to concern ourselves with the Affordable Care Act issue.”

For retirees who plan to spend most of their time in the U.S., there’s not much you can do except budget for health insurance and health care expenses, they say.

It’s all about income

Life in the U.S. is anything but cheap. The Kaderlis have managed to live on less than $30,000 per year since they retired because they spend so much time in countries where the cost of living is much lower.

For income, they both decided to tap into Social Security at age 62. They supplement those payments with dividends from after-tax, market-tracking ETFs.

The Kaderlis’ goal is to withdraw no more than 4 percent of their total investment portfolio each year for living expenses. They are flexible, but on the whole, they’ve been able to stay within that guideline by tracking monthly spending on a spreadsheet. “That way, if we get wild and spend too much or the markets head south, we can make adjustments immediately. Flexibility is the key,” they write.

Now that they are beyond age 59 ½, they can withdraw from their IRA accounts without penalty, but they are allowing those to grow. But there was a period when they did tap into their IRAs. To bridge the income gap between age 55 and the time they could begin taking Social Security, they took advantage of an IRS rule, called “72(t),” to withdraw substantially equal distributions from their IRA.

The rules for 72(t) state that retirees are eligible to withdraw a percentage, free of the penalty, if they continue to take distributions for five years or until they turn 59 1/2, whichever comes later. The Kaderlis stopped at age 62. If you’re interested in this tactic, talk to your tax professional and investigate your best income options. The IRS sets the percentage, but you have a few choices. This Bankrate calculator can help you decide.

The Kaderlis say the strategy paid off for them. “Because of the market performance, we have a higher IRA balance now than when we started taking withdrawals.”

With the after-tax accounts geared toward income and the IRA allocated toward some growth and safety, they say their investing philosophy is to keep it fairly simple, with diversification adjusted to reflect their life stage.

“It’s always a volatile environment in the markets and none of us knows the future,” they write. “Therefore, do some homework, make your investments and adjust your allocation as the markets evolve.”

In the end, it’s all about the lifestyle. Although they had expectations about their extreme early retirement, they write that they are still surprised at how well it turned out. They’ve traveled the world, lived in unique cultures and are proud to say the market’s overall growth has removed any financial worries.

Perhaps for that reason, when asked to define the biggest mistake they see potential early retirees make, they write: “Not retiring earlier when they had the means to do so and were more mobile and daring.”

The past 25 years of successful financial independence has given them confidence about the future. “Financially, no one knows the future of the markets, nor have they ever. So all we can do is stay flexible and take opportunities as they present themselves,” they write. “We intend to continue traveling, but we are moving more slowly and don’t feel the push to always be on the road. We have been traveling for 25 years now and have seen a lot! At some point we will probably be more ensconced in a community and travel from there, but we aren’t quite ready for that yet.”

Looking for adventure and travel in retirement? Check out the financial and lifestyle changes these five couples made to realize their dreams.