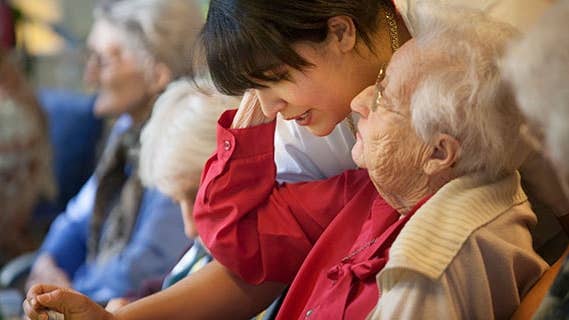 Ensuring quality end-of-life care for a loved one is never simple, but if the finances are in solid shape, it can help ease the transition.

If you are the trustee or financial power of attorney for an elderly person, it’s never too early to prepare, says Leslie Trowbridge, CFP professional and founder of Family First Financial Planning. First up: Make sure there are no doubts about the ultimate goal of the money.

In whom we trust

Sometimes the trustee or power of attorney (or POA) is conflicted about whether to manage money for the elderly person — who, if healthy, may never need long-term care — or the heirs.

Managing the money for the elderly person means it will probably be in safe, liquid investments, potentially subject to inheritance and state estate taxes and likely earning a paltry yield. If the heirs are the focus, the money would be invested more aggressively, with the aim of earning higher yields over a longer term.

Trowbridge says there should be no confusion about the goal of the money: it’s for the care of the senior citizen. “If the money is in a trust, typically the goal is spelled out and says that as long as the person is alive, the money is to be used solely for care.” That language not only serves as direction for the trustee, but also provides some legal protection if the heirs contest the estate.

If you are the financial POA, you are acting on behalf of the elderly person and that makes the goal clear, she adds.

Bank trustees used to try to accomplish both goals, says Trowbridge, by managing money to pay for the elderly person while preserving some for the heirs. But that was in the long-ago days of high interest rates, when safe, liquid investments earned a substantial yield.

When an elderly person drafts a trust or appoints a financial POA, Trowbridge adds, “I think it’s very smart if there are no dependent children or spouses, to say ‘Hey, I earned this money and I want it to go to my care.'”

Senior citizens who don’t have a long-term care insurance policy aren’t likely to get one and many companies have stopped writing them altogether, Trowbridge notes. So it’s critical to keep the portfolio investments relatively risk-free and available.

Unfortunately, you need sizable assets to afford private care. Depending on the state, care in a private assisted-living facility can run from $5,000 or $6,000 per month to 5 figures, says Trowbridge.

She advises putting at least the cost of 5 years in a private facility in liquid investments. Then, you can invest some of the remainder in ultra-safe bonds or even a few stocks, depending on the size of the portfolio.

An 85-year-old with more than $5 million can invest a small portion in safe stocks (no volatile emerging markets or small-cap, for example). An 85-year-old with $1 million, on the other hand, should probably stay more in cash-type investments and not take any investment risks.

Shop around for the best bank savings account and CD rates and mix in some intermediate or short-term bonds, Trowbridge advises. If the elderly person doesn’t have an employer pension, an immediate annuity could provide a guaranteed stream of income.

In general, be wary of buying an annuity, Trowbridge says, because many are tied to high-risk investments and have hefty fees. She likes immediate annuities with a guaranteed monthly payment for life. You can also choose one that stipulates that if there is principal remaining after your death, the remainder goes to heirs. But even if you outlive your initial principal payment, the plan is guaranteed to pay you for life, though obviously in that case, there won’t be any left for heirs. But the point of this type of annuity is not to provide for heirs, but to build a steady income component into the portfolio.

Trowbridge adds that they’re easy to set up, once you’ve chosen the type of immediate annuity, the amount you want to invest, the company and the payout schedule. The insurance company makes money by calculating the percentage they pay out in monthly income, less the amount they keep, she says.

The only risk to the immediate annuity is if the company fails. But “95% of the time, if the company goes belly-up, it’s bought by another company,” Trowbridge says. If that doesn’t happen, many states will step in and cover the loss, she adds.

To minimize risk of company failure, look for a highly-rated, solid company, says Trowbridge. You can shop online at most of the major mutual fund companies such as Vanguard and Fidelity, who will provide quotes from several companies.

Trowbridge advises not putting the entire portfolio in an immediate annuity, but adding it to the mix. Maybe put a third or half the assets in an annuity — depending on the situation and amount of money — and allocate the rest to a mix of cash, CDs and bonds, she says. “To me, if you don’t have a pension, an immediate annuity is like a pension. It gives you the comfort of something that will last your life.”

Here are 5 ways to save on the cost of long-term care.