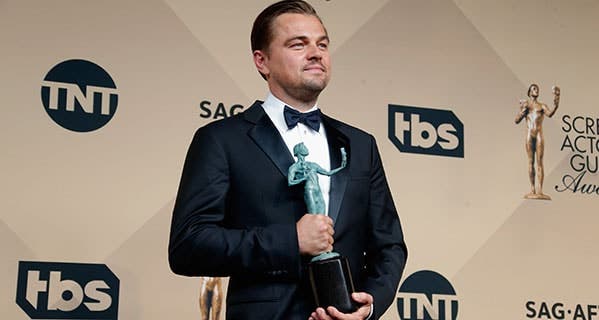 The 88th annual Academy Awards ceremony Sunday will spotlight the competition to be named Hollywood’s finest. And while Leonardo DiCaprio might not go home with an Oscar, he can celebrate the fact that his blockbuster net worth makes him the richest — by far — of the nominees for Best Actor this year.

And the winners are …

Wealth-X ranks the 5 wealthiest actors and actresses nominated for best leading role in a movie this year. DiCaprio, 41, tops the list, but the 5-time Oscar nominee has yet to win the top prize at the Academy Awards. His previous nominations include 2 for 2013’s “Wolf of Wall Street,” for Best Actor and Best Picture (he was a producer of the movie), Best Actor in 2006’s “Blood Diamond” and 2004’s “The Aviator,” and Best Supporting Actor in 1993’s “What’s Eating Gilbert Grape?”

Below is the ranking of the richest nominees this year, their estimated net worth and the name of the movie for which they received an Oscar nomination:

Check out the outrageous gifts the nominees will take home in this year’s Oscar “swag bags.”