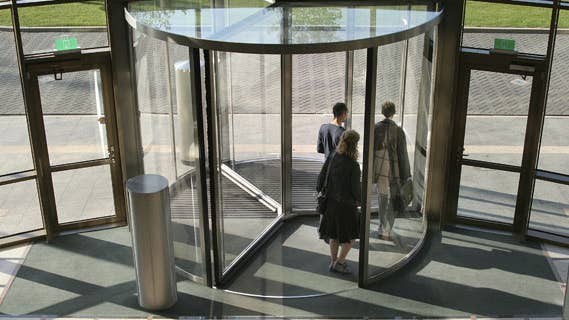 Are you confident that the old-fashioned defined benefit pension that you earned by working for a private employer will be there when you retire?

As of the end of last month, the average funding level of pension plans sponsored by S&P 1500 companies decreased by 1% to 82%, according to Mercer, a global human resources consultancy. The report relayed this information without alarm, but the distance from 100% could prompt someone who is expecting a pension to wonder if they’ll ever get it.

“If your plan is more than 80% funded, I wouldn’t be worried,” says Jim Ritchie, an actuary and principal at Mercer. “Unless a pension funded at that level is totally mismanaged or there is a major crash in equity markets — worse than has ever happened before — there should be enough money.”

Ritchie says that most pension plans will appear more adequately funded after the Federal Reserve allows interest rates to rise. He explains that pension liability is figured based on 2 key factors: the projected longevity of the participants, which has been increasing since people are living longer, and the discount rate of the money in the pension pool. The higher the interest rates, the lower the liability. Interest rates have been low — very low — for years, but they won’t stay that way forever. “Everybody knows they will go up. The question is when,” Ritchie says. “When interest rates go up, pension funding status will improve dramatically,” he predicts.

He urges people expecting private pensions not to be disturbed by frightening and often incomplete reports. “People hear one or two horror stories and they are convinced they will receive nothing. Even if a company goes under, the Pension Benefit Guaranty Corp. would take it over, and it would be rare that anyone would lose much of their pension,” he says, referring to the government agency that guarantees private pensions. “Even if it was very badly funded, it is unlikely that anyone would lose more than 10% or 15%,” he says.

Ritchie is actually more concerned about the PBGC rate increases in the recently passed federal budget bill. Mercer’s CEO, Julio Portalatin, wrote a letter to Congress asking it to rescind the premium increases, saying that the increases are so high that they are “accelerating the decline of the very plans that PBGC should be supporting and, as a result, are reducing the amount of premiums that will actually be collected.”

As costs rise, more companies freeze and otherwise end old-fashioned pension plans and move to defined contribution plans such as 401(k)s instead. That makes it harder for workers to pay for their retirements, Ritchie says. He doesn’t see annuities sold by insurance companies as a good substitute for old-fashioned pensions because insurance companies are unwilling to be patient and wait out volatility in the market. Instead, they invest annuities very conservatively, so the returns are exceedingly low, as are the payouts. Increasing PBGC costs forces corporate pension managers to invest more like insurance companies, Ritchie says. That raises costs and, in turn, encourages more companies to look for an escape.

“Pushing companies away from defined benefit pension plans by increasing the costs is hard on employees,” he says. “The balances in 401(k) plans are woefully low and not everyone participates.”

If a pension recipient has a choice, should he or she take the lump sum or the annuity?