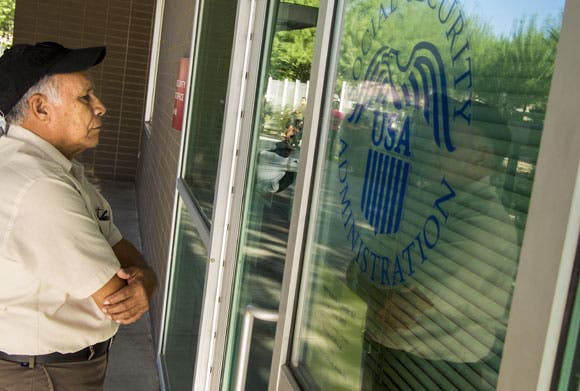 Fixing the problem isn’t rocket science, and it would reassure millions of future recipients that their retirement planning is secure. So why don’t we just bite the bullet, fix Social Security now and get it over with?

Over the last five years, the Institute for Women’s Policy Research has been looking at issues surrounding Social Security and talking to politicians and policy experts about fixing its problems. Recently, it released a report on the findings. Heidi Hartmann, president of the institute, says most people in positions to do something about Social Security agree on what needs to be fixed, but disagree on how to pay for it.

Institute researchers say policy makers and politicians are factoring the following issues into any potential plan to fix Social Security.

Mixing Social Security with the debt problem. Democrats told interviewers that the driving issue now is the national debt. Introducing Social Security reform into this discussion would muddle both issues. Delaying the discussion five years might distance it from the debt crisis, plus more boomers will be collecting at that point, making the need for fixing the shortfall more immediate.

Higher benefits for lower earners. Many people think that there ought to be longevity payments — a bump in benefits for those who live beyond a certain age. Others would revise the cost of living formula to reflect the cost of health care and other things on which older people spend the most. Still others suggest eliminating the part of the calculation that gives credit for 35 years of work, basing benefits on fewer years of work. That change would mostly aid women who take time out from the workforce to care for families. “This is something the women’s movement used to talk about a lot in the ’70s and ’80s,” Hartmann says. “But since then there have been fewer homemakers and we haven’t talked about this as much.”

Improved benefits for single people. A bipartisan majority of those interviewed supported the idea of adding caregiving “work” credits to the Social Security records of men or women taking care of children or elders instead of holding full-time jobs. Other people would eliminate spousal benefits altogether and compensate lower earners with a higher minimum benefit. A few would modify spousal benefits by adding an earnings-sharing plan that combines and averages total earnings for dual-earner couples across the duration of their marriage. This would potentially make it easier to share retirement benefits after divorce.

Restore or add benefits for students. Before 1983, college students were eligible for Social Security benefits if they had a working parent who died or became disabled. Some support restoring that benefit because it would be good for the economy overall.

Put more money into the system. Raising the earnings cap for the payroll tax was viewed by several experts as the simplest way to fix the funding gap. Other ideas included expanding the payroll tax to cover non-wage benefits like tax-free spending accounts and generous health insurance plans sometimes received by higher earners. Many resisted the idea of tapping other types of taxation such as estate taxes because it would make the system seem less self-sufficient.

Cutting benefits. Ways to cut benefits include adopting the chained consumer price index, which reduces cost-of-living increases; indexing the retirement age to future longevity increases, and requiring later retirement. Both Democratic and Republican respondents doubted the wisdom of further increasing the retirement age past 67 because there are “simply not enough employers willing and able to provide jobs to older workers.”

In the meantime, Social Security is very complicated, and it is difficult for workers to know what they are entitled to. Social Security is closing offices and pushing recipients to go online to find information just at a time when increasing numbers of people are entering the system. “Social Security does very little to make it clear how your benefits would increase over time based on your choices,” Hartmann says. “This was identified as a problem by a substantial minority of those interviewed. They thought people should be helped to understand the system better.”