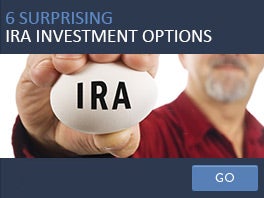 President Barack Obama unveiled his new budget Wednesday, and it included a proposal to cap retirement savings at an amount that would yield an annual annuity payment of $205,000. In today’s annuity market, that’s about $3 million.

You might recall that last August, in the heat of the presidential campaign, critics bashed Republican candidate Mitt Romney for having what they estimated to be $100 million in his individual retirement account. This Obama proposal is obviously an effort to prevent zillionaires like Romney from amassing that kind of money without paying tax on much of it.

For the most of us, this proposal seems like a big shrug. The Employee Benefit Research Institute, or EBRI, reported that its IRA database at year-end 2011 showed that 0.03 percent of the approximately 20.6 million accounts had more than $3 million in assets. Some people have more than one of these accounts, so in all, 0.06 percent of the total number of account holders and 0.11 percent of account holders who are age 60 or older have more than $3 million saved in tax-advantaged accounts.

It’s true that younger workers could feel the impact of this proposal more than those at or near retirement. Looking at the accounts in its database of workers 26 to 35 and assuming “no change in asset allocation over their future careers, real returns of 6 percent on equity investments, and 3 percent on nonequity investments, 1 percent real wage growth, and no job turnover,” EBRI says just under 1 percent, or 0.9 percent, of these younger workers would hit the $3 million cap, after adjustments for inflation.

Are you worried yet? Some people are. A few pundits are predicting that this is only the beginning of a government assault on tax-advantaged retirement savings. The American Society of Pension Professionals & Actuaries warns that this change could discourage small businesses from offering retirement savings plans because the boss couldn’t benefit as much as he’d prefer. Other pundits say this is a slippery slope and taxes on Roth 401(k)s could be next.

Will these things happen? Maybe, but, personally, I can find lots of more pressing retirement planning risks to worry about. I’m going to keep saving in hopes that I’ll be lucky enough to have this problem.