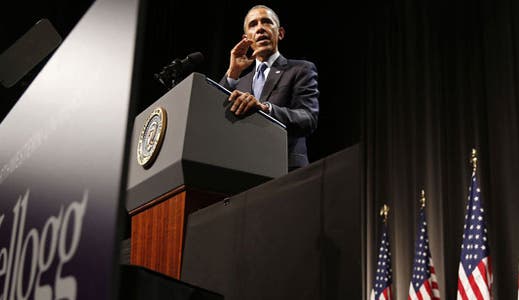 I got into an argument with a woman recently that I later regretted. My husband told me I should have just shut my mouth. But I think the woman was misguided about the effect the Affordable Care Act, or ACA, is having on Medicare participants, and it is hard for me to be quiet about it.

You’ve undoubtedly heard this woman’s point of view. She argues that the ACA — or Obamacare — is hurting Medicare, cutting funding and reducing access. She was adamant about her beliefs, but when I pushed her, she didn’t have any facts to support her decision, just emotional claims from people she listens to on TV.

In my part of the country — and many others — key political campaigns in advance of the November election are revolving around candidates’ views of the ACA. Most of the rhetoric and the advertising are negative. But as President Obama said in a speech at Northwestern University earlier this month, “While good, affordable health care might seem like a fanged threat to the freedom of the American people on Fox News — it turns out it’s working pretty well in the real world.”

Since the ACA was signed into law in 2010, it has focused on improving the quality of care delivered by Medicare in a number of ways.

It has tightened reimbursements for hospitals where Medicare patients suffer hospital-induced problems such as bedsores, falls, infections and adverse drug reactions. Earlier this year, the  U.S. Department of Health and Human Services reported that in 2011 and 2012, reductions in these kinds of problems have prevented nearly 15,000 deaths in hospitals and averted 560,000 patient injuries, saving approximately $4 billion in health spending over the same period.

The ACA also penalizes hospitals with too many readmissions of Medicare patients for things like pneumonia, heart attacks and heart failure within 30 days of the patient first leaving the hospital. In 2013, after the ACA put the financial pressure on Medicare, the 30-day readmission rate fell 8 percent. That translates into an estimated 150,000 fewer hospital readmissions among Medicare participants between January 2012 and December 2013.

For many Medicare participants, the most positive effect the ACA is having on Medicare is the closing of the Part D prescription drug coverage gap known as the “doughnut hole.” In 2014, when Medicare beneficiaries together with their drug plan pay $2,850 on covered drugs, they enter a gap when there is no prescription drug coverage until Medicare participants spend $4,550 out of pocket, at which point coverage resumes. The ACA is slowly closing this gap. By 2020, co-payments required for drugs will be a standard 25 percent.

Robert Weiner, 67-year-old former chief of staff of the House Committee on Aging, is campaigning in Florida in support of the ACA. In a recent op-ed that he co-authored in the Fort Lauderdale Sun-Sentinel, Weiner wrote that the U.S. House of Representatives recently voted for the 55th time to defund or repeal the ACA.

In a brief telephone call, he called such votes, “Sour grapes. They just don’t want to give Obama credit for anything.”

For seniors, Weiner says, “[The ACA] is making a big difference — improving health care and holding down costs. Why would you want to repeal it?”

He advises voters everywhere: “Tell your representatives that repealing and defunding the ACA — catering to insurance companies — is not in your best interest.”