The fastest-growing community in the United States is The Villages, a Central Florida haven for retirees.

According to data released last week by the Census Bureau, The Villages saw its population rise 5.4 percent during the 12 months that ended July 1, 2014. Since 2010, the population of the Villages has more than doubled from 51,442 to 114,350 in The Villages metro area — 105,000 in The Villages itself — mostly because of a brisk influx of older people moving from other parts of the country.

If you are thinking about joining the crowd, here’s what a local real estate professional and Villages expert estimates that it costs to be a resident there.

Ryan Erisman, author of “The Villages Florida Book,” says the first thing people interested in the area want to know is “Can I afford it?” The official Village line on what it costs to live there is $1,039 a month, well within many couples’ budgets, even those heavily reliant on Social Security. But Erisman says that number is unrealistically low. His estimate is $4,254 a month. Not outrageous, but too pricey for some.

About $1,013 of Erisman’s number is for a mortgage on the typical Villages home, which, he says, sells for $200,000 but can rise to more than $1 million. Those aren’t the only options, Erisman, a licensed real estate salesperson, says.”There are also pre-owned manufactured homes available under $100,000 and pre-owned, site-built homes available from the mid-$100,000’s.”

Erisman estimates that about 50 percent of buyers at The Villages mortgage their homes, at least until they sell another property. Only about half of the people living in The Villages are full-time residents, he says.

Besides the monthly costs, Erisman says that most people who move to The Villages also initially spend about $8,000 on things like a golf cart and painting their new homes.

“I’m not a financial planner, but I do know how to add,” Erisman says. “And the costs to live a Villages lifestyle can add up fast.”

Here are some other interesting facts from Erisman’s newest book, “Complete Guide to The Villages”:

If you don’t think The Villages is for you, check out these six theme-based retirement communities. 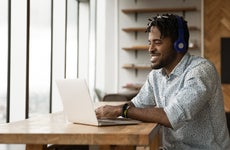 Can you afford private school?