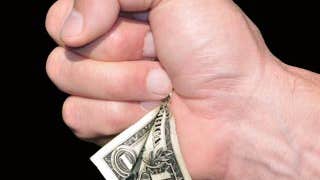 It hasn’t received much attention, but lawmakers tucked inside the mammoth nine-month spending bill Congress approved last weekend an agreement to give unions and management more flexibility in dealing with severely underfunded multiemployer pension plans. The real headline here: Existing pension benefits can now be cut to save the plans that are in the worst shape.

Multiemployer plans offer benefits to more than 10 million union members. They provide retirement security even though workers may move from one job to another within their trade. Multiemployer pension plans are generally maintained by several employers within a particular industry as well as a labor union.

President Obama this week signed the bill, first introduced as amendments by Reps. John Kline (R-Minn.) and George Miller (D-Calif.). It incorporated a nearly 3-year-old plan put together by the the National Coordinating Committee for Multiemployer Plans, a coalition of unions and management that pledged to craft a solution to fix the most troubled pensions in the system without seeking tax dollars. The plan, known as “Solutions, Not Bailouts,” had input and approval from about 40 affected organizations nationwide.

Implementing this plan required congressional approval because it ran afoul of pension regulations put in place nearly 40 years ago under the Employee Retirement Income Security Act, or ERISA.

The plan makes these and other controversial changes:

Randy G. DeFrehn, the executive director of the National Coordinating Committee for Multiemployer Plans hailed the measure, saying it “provides a path forward for these troubled pension plans that preserves benefits at higher levels than allowed under previous law.”

“We are furious that without debate Congress has placed the burden of rescuing underfunded plans on the people who can least afford it — retirees and surviving spouses who rely on their pensions for food, medication, and other necessities,” said Karen Friedman, the executive vice president of the Pension Rights Center.

And Bruce Olsson, assistant legislative and political director for the International Association of Machinists, says the plan impacts the “wrong people and it shreds ERISA.”

Olsson dismisses the notion that a plan to fix multiemployer pensions shouldn’t include taxpayer help. “These retirees didn’t cause the problem. A lot of the problems that these plans have are due to the Wall Street collapse. We spent billion bailing out banks, why we can’t bail out retirees?”

Impact on other pensions

Some people also suggest passage of this bill could be the top of a slippery slope.

“This is potentially precedent setting because you are giving employers the ability to reduce benefits to retirees who are receiving benefits today,” says Jeff Snyder, vice president at consulting firm Cammack Retirement Group, and an expert on public and nonprofit retirement plans. “The possibility of reversing benefits could become a negotiation point and that is a concern. It creates doubt in the whole retirement system.”