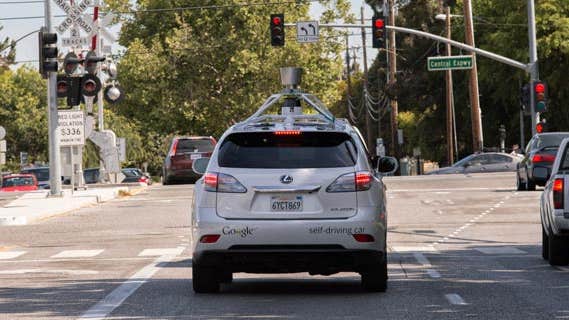 The oldest boomers turn 69 this year — one year away from the Big 70.

This deluge of oldsters, more than 76.4 million, don’t look much like their parents — or their grandparents — and they aren’t behaving in the same way. Here are five trends that are changing the way we grow old.

Boomers are taking over the Sun Belt. Florida had seven of the nation’s top 50 fastest-growing metro areas between July 1, 2013, and July 1, 2014.  Most of Florida’s growth is attributable to people moving there from colder spots. “Migration to Florida from other states and abroad was heavy enough to overcome the fact that in about half the state’s counties, there were more deaths than births,” the Census Bureau reported.

Technology isn’t just for kids. Remember the Jetson’s butler? He’s no longer just a cartoon fantasy. At places like Carnegie Mellon University, very smart robots are already developed and being tested that can take care of simple tasks like pulling a frozen dinner out of the freezer, putting it in the microwave, then serving it to someone who can’t do that for themselves. The next step is a personal-care robot of your very own to make life easier.

Self-driving cars are a game changer. Losing the ability to drive is the beginning of the end for today’s oldest people, but tomorrow’s 80- and 90-year-olds probably aren’t going to be dependent on catching a bus. Futurist and software innovator Brad Templeton points out that self-driving cars are already here. Templeton told the Wall Street Journal that suburban-dwelling boomers likely will be among the first to buy them. “If [a self-driving car] lets you keep your house rather than having to move, I think you’ll see people who aren’t necessarily early adopters go for it,” he said.

Coming soon: more ugly arguments over Medicare and Social Security. In about 18 years, Social Security will spend up its reserves. After that, payroll taxes will be enough to cover about three-quarters of promised benefits. Expect changes to the way Social Security is calculated, an increase in the payroll tax, and changes to the payroll cap, which is now at $118,500 a year. Medicare is another expensive intergenerational transfer of wealth that is increasingly hard to finance with the existing structure. The recent Congressional scuffle over how much to cut from Medicare Advantage payments to health insurers is a harbinger of more to come. Boomers think they have already paid their share, while millennials can’t even find jobs. Get out the boxing gloves, but remember that nearly 70 percent of people 65 and older voted in 2012 while fewer than 50 percent of those 25 to 44 cast a ballot.

Get used to seeing gray hairs at work. The number of people age 65 and older who worked part- or full-time or who were looking for work increased 3 percentage points, up from 22 percent to 25 percent, between 2010 and 2013, according to Gallup. Why so many old people on the job? Gallup blames it not only on the economy and the challenges of living on retirement income, but also on a better-educated workforce — boomers who just plain like to work.

Can you afford life at The Villages in Florida?