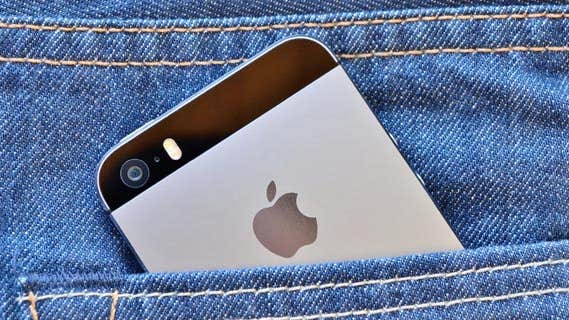 It’s really hard to overstate how annoying it is to receive a phone call placed as a result of pocket-dialing.

You know this call. Your phone rings and you answer only to hear the sound of muted shuffling or some barely audible conversation in the background. The person didn’t mean to call you, certainly doesn’t know he or she did and remains unaware you’re on the other end of the line.

This national menace sometimes goes by its more provocative name, butt-dialing, called this because the person accidently calls a number in their address book — or the last person they talked to — when they sit on an unsecured smartphone placed in their back pocket.

But butt-dialing is more than just a nuisance; it has a real cost, says Federal Communications Commissioner Michael O’Rielly.

A problem for 911 operators

In a series of posts last month on the FCC website, O’Rielly called out the unintentional practice, writing that an estimated 84 million calls placed to 911 annually are pocket-dials.

“This is a huge waste of resources, raises the cost of providing 911 services, depletes (public safety answering points) morale, and increases the risk that legitimate 911 calls – and first responders – will be delayed,” he wrote.

After O’Rielly’s first post, the director of the Washington County Consolidated Communications Agency in Beaverton, Oregon, contacted O’Rielly to back his claims. Director Kelly Dutra says more than 30 percent of the 911 calls received by her agency via wireless phones are pocket-dials, even though there’s a filter in place designed to prevent this type of call from going through.

Nobody wants to make it harder for folks to call 911, so O’Rielly seems to think shaming butt-dialers might be the better option.

In his initial post, O’Rielly suggested agencies should consider sending a text to the owner of a smartphone that pocket-dials 911.

“If consumers are alerted to the simple fact that they have dialed 911 accidentally, they may take precautions to prevent it from happening again,” O’Rielly wrote.

There’s also at least one app designed to address this issue. The Call Confirm app is available for Android devices in the Google Play store. There doesn’t appear to be a similar app for the iPhone.

Pocket-dialing leads to an arrest

Of course, pocket-dialing hasn’t been all bad for emergency agencies.

A Tennessee man was arrested on drug charges in September after dispatchers answered a 911 call and overheard the man talking about getting high, according to CNN. He had accidentally made the call while having dinner in a Mexican restaurant.

Police responded and found the man in possession of marijuana.

“We have 911 calls that lead to arrests all the time, but not an accidental one,” CNN quoted the police chief of Mt. Pleasant, Tennessee, as saying.