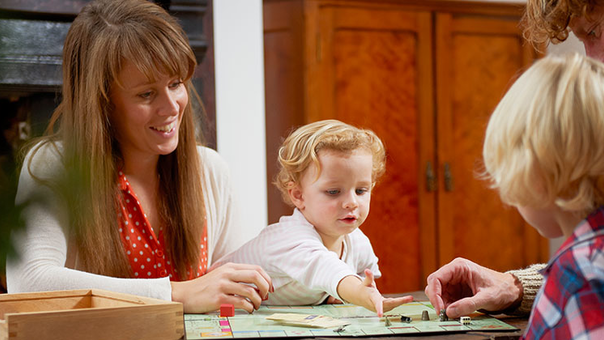 In recent days, Bankrate published the results of a national poll that asked Americans which of a list of popular investments would perform the best over the long term. A quarter of Americans said it would be real estate, making that the most popular answer. On the other hand, stocks and bonds — which most experts will tell you will probably outperform real estate over the long term — mustered a combined 21%.

Purely by coincidence, Robert Shiller, Nobel laureate, economist and all-around super genius, wrote a piece that was published by The New York Times last week pointing out that Americans’ faith in real estate as a sure thing is deeply misguided. And he should know — the widely followed Case-Shiller Index that tracks U.S. home prices bears his name.

Here’s what Shiller has to say:

Let’s start by looking at the numbers. The best long-term data on land in the United States is for farmland, which is valuable in its own right and can also be considered a great reservoir that can be converted to housing and other purposes at opportune times.

Over the century from 1915 to 2015, though, the real value of American farmland (deflated by the Consumer Price Index) increased only 3.1 times, according to the Department of Agriculture. That comes to an average increase of only 1.1% a year — and with a growing population, that’s barely enough to keep per capita real land value unchanged.

According to my own data (relying on the S&P/Case-Shiller U.S. National Home Price Index, which I helped create), real home prices rose even more slowly over the same period — a total increase of 1.8 times, which comes to an average of only 0.6% a year.

Contrast that tepid growth with the Dow Jones industrial average, which has increased, by my calculations, around 8.7 times, after accounting for inflation, during the same period. You can see that Shiller has a point.

I can almost hear you real estate folks out there saying, “I don’t care what these nerds say. If I had bought a house in New York and San Francisco in the 1980s, I’d be rich.”

To prove it, let’s do a thought experiment. Imagine we’re in San Francisco and I’m showing you a time machine I just invented. But instead of doing something cool like finding out what color feathers a T-Rex had, or whether Shakespeare was a real person, we decide to settle our question on which is better, real estate or stocks.

We walk out of the time machine and into 1987 San Francisco. You buy a nice little place in the Mission District, and I take a cab to the nearest broker and buy some stock in a struggling company based just down the road in Cupertino: Apple. We each make arrangements to have a letter sent to us in July of 2016, “Back to the Future”-style, letting us know how much our investments are worth.

Our work done, we meet back up at the time machine and step back into 2016. Then, we check the mail and compare notes.

“No need,” I say, looking down at my own account statement to see that my $100,000 investment in Apple stock is now worth $9.4 million, not counting dividends. “Keep it.”

Past performance is no guarantee, yada yada yada

Now, there are some caveats to Shiller’s thesis. While it’s unquestionably true that stocks have performed better in the last 100 years than real estate, past performance is no guarantee of future returns. It could be that stocks won’t see the returns they did in the 20th and early 21st centuries again during our lifetimes — maybe this period of big stock returns was the exception, not the rule.

“Financial economists would say the returns we’ve seen over the last century are probably returns that we may not be able to enjoy going forward,” said Brad Barber, a professor of finance at the University of California Davis, when I asked for his reaction to the Bankrate survey results.

Barber thinks most economists would agree that “a blended mix of stocks and bonds, probably tilted heavily toward stocks” would be the best long-term investment, especially for younger Americans.

The only way to know for sure is to fire up the ol’ time machine, and unfortunately, an imaginary one won’t do the job.

What do you think? Do you agree with Shiller, or do you think real estate will win out in the 21st century the way stocks did in the 20th?