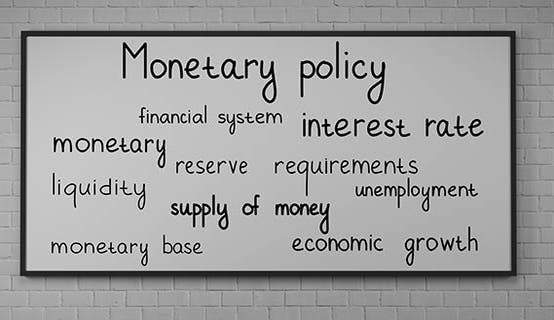 Now that the Federal Reserve has raised its targeted federal funds rate for the first time since 2006, what are the implications for your portfolio?

That’s a question that many investors are pondering these days.

One of the authors of “Invest with the Fed,” Bob Johnson, offered a take on the influence that monetary policy has had historically on investment returns.

The authors considered 2 factors, the direction of the effective federal funds rate and changes in the Fed’s discount rate, in determining whether the Fed is following an expansive or restrictive monetary policy. When the 2 factors conflict, the authors classify the Fed’s monetary policy as indeterminate.

“Effective fed funds” is the average rate that fed funds actually trade and not the target rate set by the Fed.

The Fed last raised the discount rate in February 2010 to 0.75% from 0.50%. The discount rate is the interest rate that banks can borrow reserves from the Federal Reserve versus from other banks in the fed funds market.

I had a few questions for Johnson. The first was about the Fed’s action on Dec. 16, which put them in the restrictive camp after being in the indeterminate camp since 2010 when it raised the discount rate. What asset allocations or business sectors in the past have outperformed when monetary policy has been restrictive?

Johnson said, “In Invest With the Fed, we found that over the time period from 1966 through 2013, defensive stocks (energy, utilities, food, and consumer goods), financials and precious metals mining companies were the equity sectors that fared best in restrictive monetary environments.

Why not consider the size of the move?

He and his fellow authors’ research shows that it’s the direction the Fed is taking and not the level of interest rates that makes the difference in investment returns. Why doesn’t the level seem to matter?

Johnson replied, “What we have found in this research and other research is that changing direction signals a fundamental change in Fed policy. Making changes in the same direction, in essence, simply reinforces the monetary policy path the Fed has previously adopted.”

We’ve all heard the adage, “don’t fight the Fed.” It’s a strategy that Johnson agrees with.

“The late Martin Zweig popularized the adage ‘don’t fight the Fed.’ In his best-selling book, “Winning on Wall Street,” he stated, ‘Indeed, the monetary climate — primarily the trend in interest rates and Federal Reserve policy — is the dominant factor in determining the stock market’s major direction.’ I think he was spot on.”

Overall, the Johnson and his co-authors’ key findings were:

What I like about this approach for investors is that Fed monetary policy is easy to track. While past performance doesn’t predict future returns, most of the data sets used go back to the ’60s and ’70s.

Does Fed policy influence your asset allocations and investment decisions?