That’s the clear conclusion from figures from Fidelity, the mutual fund giant that administers 11 million 401(k) accounts. As of the second quarter, 2.2 percent of Fidelity’s 401(k) holders had made hardship withdrawals in the previous 12 months, even though these withdrawals carry a 10 percent penalty on top of taxes.

Meanwhile, a record 22 percent of Fidelity’s 401(k) customers had outstanding loans against their plan.

We asked Bankrate’s newsletter readers who were accessing 401(k) plans early — in most cases you must wait until age 59½ — or were borrowing against them, to tell us their stories. Their answers were unsettling, but insightful. Unemployment, financial emergencies and out-of-control credit card debts were among the most-cited reasons.

What about retirement? In today’s economy, many of them say retirement planning is a luxury they can’t afford. 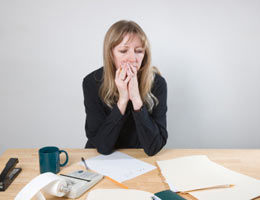 The most commonly cited reason to raid a 401(k) was job loss.

”I was unemployed for six months last year and cashed out about $5,000 of my retirement to supplement my unemployment and pay the bills,” writes one reader, a woman named Dena from Washington state. “Yes, it was financial hardship. Nothing fancy on how it was used — mortgage, utilities, day care (no way I could look for work and care for a toddler) and food.”

She also “played the credit card, balance-transfer game on another $5,000.” The rate was just 1 percent, which allowed her to pay it off in six months.

Dena is 40 years old, and hopes to eventually replenish her retirement savings. A trained librarian, she’s now working on a contract basis, which means no 401(k) matches from her employer. She adds, somewhat cryptically: “Have a master’s degree if that matters to you (LOL — didn’t matter in the job search.)”

With all due credit 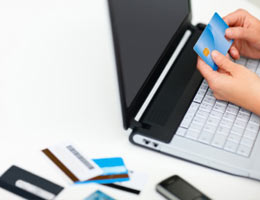 A second leading reason readers have raided retirement funds is to get out from under crippling credit card debt.

One woman, Carol from Indiana, tells us that splurges after a happy second marriage eventually buried her and her new groom in debt. “Living beyond our means was an understatement,” she says. “Before I knew it, we had $70,000 in credit card debt and huge vehicle and house payments.”

She refused to entertain bankruptcy, so she raided her 401(k). “I knew that pulling money from my 401(k) was a VERY bad idea, because once you pay penalties, federal and state taxes, and take into account all of the contributions and compounded interest lost, you probably only end up with pennies on the dollar,” she says. “But I had no choice.”

She doesn’t regret it because “at least now I am keeping my head above water after paying some bills off and refinancing some things after paying down loans and lowering payments.” 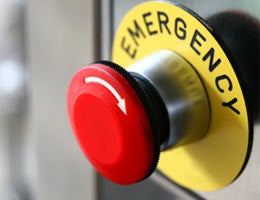 For some readers, the best-laid retirement plans can get tripped up by unpredictable expenses, like health care spending. Demetrius from Chicago says he “finally broke down and made an early withdrawal from my 401(k) to pay some credit card debts due to medical bills” and to assist with his mortgage.

Medical bills aren’t the only malady that can afflict retirement accounts. When her car’s transmission failed, a reader named Brenda, who lives in the Sacramento, Calif., area, had to abruptly take out a 401(k) loan.

“It was a have-to thing,” she says. “It was going to cost me more than the car was worth to get it fixed.”

She sees it as having a positive outcome. “This way, I am paying myself back (at) a lower interest rate, and the payment comes right out of my paycheck,” she says. 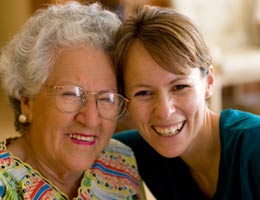 Family matters are often financial relationships as well. And for some readers, blood is simply thicker than retirement money.

One reader, Ms. Mills from North Carolina, says she borrowed from her 401(k) when her hours at work got cut back. She paid off credit cards, her car and a truck that her husband uses to tend to a small farm. It’s helping keep the family afloat.

“We hope for the best because we are also helping support an elderly aunt. (We) help her with bills and send her food regularly,” she says.

Mills says she has been doing a lot of praying lately, with hopes that things will work out eventually.

Becky of Indiana, who has 19 years’ teaching experience and a master’s degree, has been out of work for more than a year. “I cashed in both my 403(b) and my teachers’ retirement. This is so that I can continue to meet expenses and take care of my dependent mother,” she says.

Retirement? “I’m not really sure what I’m going to do about retirement right now.” 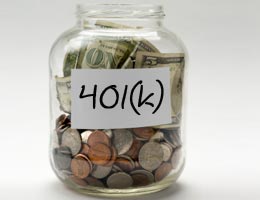 For some readers, the economic situation and their dwindling 401(k) plans mean they must retire the notion of waiting until the penalty-free age of 59½ to use their 401(k). Gina from Texas recently borrowed $14,000 from her 401(k). She says she “can’t worry about retirement when the economy and job market (are) so iffy. You do what you must do to meet your financial obligations and to keep a roof over your head. It’s a changed world we live in now.”

Mike from Maryland has been unsuccessful at finding work after his position was downsized. He has several 401(k) accounts assembled from various employers. He cashed in one and paid off everything but his mortgage. Now 53, he plans to use what’s left over “to trade the stock market for a living” until he can access his remaining accounts penalty-free at 59½. 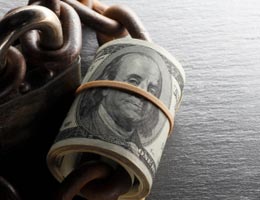 For more information on 401(k)s and retirement, check out these stories at Bankrate.com: