Pre-retirees get double-whammy in downturn 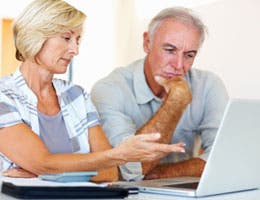 Imagine you’re running a marathon and nearing the finish line when someone in the crowd suddenly trips you, fracturing your ankle. That’s how the recession feels to pre-retirees.

According to Pew Research, the unemployment rate for workers age 55 to 64 increased from 2.9 percent in the fourth quarter of 2007 to 6.9 percent in the same period of 2009. And for those without jobs, the Great Recession has been particularly brutal, with the average duration of unemployment at its longest in modern times.

“For those 55 and over who lost their jobs, it has been a real struggle getting re-employed, having an average duration of unemployment of more than a year,” says Sara Rix, senior strategic policy advisor for the AARP Public Policy Institute. “The longer you’re out of work, the less likely you are to find work.”

Even those who own their homes outright were not spared. The domino effect of unemployment and housing devaluation forced many pre-retirees to resort to their nest eggs prematurely.

“Many of those unemployed workers will never recover,” Rix says.