Click here to see the most recent version of this story.

The new rules for retirement

This isn’t your daddy’s retirement. And it’s not for the faint of heart.

And working into retirement — in the form of a second (or third) career or part-time job — is becoming the norm.

But this evolution hasn’t happened overnight, she says. “Some of the changes we’re seeing began 20 to 25 years ago.”

Some would-be retirees need the money, says Rix. Others enjoy their jobs and want to keep at it. And, for some, it can be a combination of the two.

Whether you’re 25 or 75, you should know these seven things about retirement in the new millennium.

You’re on your own 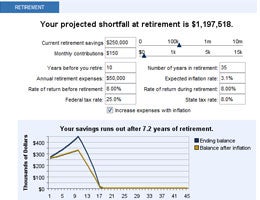 It’s like one of those high school math brain-twisters: The amount you save times your compounded earnings, minus any investment losses and factoring for inflation, equals what standard of living at some (movable) future date?

Try solving for that “X.”

But one thing is true: Save nothing now, and that’s exactly how much you’ll have when you retire.

“People have to be much more proactive,” says Tony Webb, research economist with the Center for Retirement Research at Boston College.

A study by the Economic Policy Institute using the Federal Reserve’s 2010 Survey of Consumer Finances showed that half the people on the cusp of retirement (ages 56 to 61) had a retirement account balance of less than $91,000. At a typical drawdown rate of about 4 percent per year, that equals about $3,640 annually, or about $303 a month in retirement income, Webb says.

One big problem with everything financial is that you pick up skills as you move along — and make plenty of mistakes along the way, says Webb.

And, unlike a lot of situations, the people retiring now can’t look to past generations as a model because the game has changed, he adds. 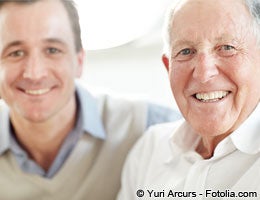 It doesn’t take a rocket scientist to calculate that saving for 50 years will yield more than saving for 20 years.

But what 20-year-old wants to forgo critical funds for a day that’s so far off into the future?

That’s why a recent Stanford University study has gotten so much attention, says Ruth Hayden, financial consultant and author of “Start Where You Are: Retirement Planning in a Changing World.”

Researchers found out that when they showed young workers digitally aged photos of themselves at retirement age, workers were more willing to put money aside for their future selves.

“It changes their perception,” Hayden says. And when it comes to planning for retirement, “that intellectual and emotional ownership is critical.”

One big rule for the new retirement: Financial literacy needs to be a lifelong pursuit, says Rix.

Do it right, and money planning will be downright boring, Hayden says. “Plain-vanilla” strategies — such as regular contributions, slow-and-steady growth and diversification — are often most effective over the long haul, she says. It’s also important to get advice from trusted, neutral advisers when you can afford it, she says.

Two of the biggest mistakes employees make are cashing out the 401(k) after a job change and leaving an employer’s matching dollars on the table, says Hayden.

Money can be accessible 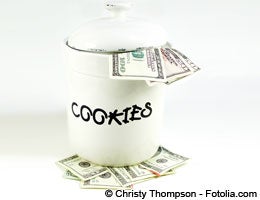 It used to be that when you put away money for retirement, you couldn’t touch it until retirement — except in some very limited circumstances.

With a Roth IRA, you can withdraw any money you contribute at any time without taxes or penalties, says Ed Slott, CPA and author of “The Retirement Savings Time Bomb … and How to Defuse It.”

The idea that retirement savings is locked up for a far-flung future date is a mental block for a lot of potential savers, says Slott. “That is one of the things that turned me off from (traditional) IRAs years ago,” he says. “But now that’s not the case with a Roth.”

The nice thing about a Roth is those earnings won’t be taxed during retirement. The trade-off with a Roth is that you don’t get a tax deduction now when you make a contribution.

But continuous access to your money and the ability to grow it tax-free more than make up for forfeiting a one-time tax deduction, says Slott.

“When you make a $5,000 contribution to a Roth IRA, you have immediate access to that money,” says Slott. “So if you need it, it’s there.”

You can contribute to an IRA 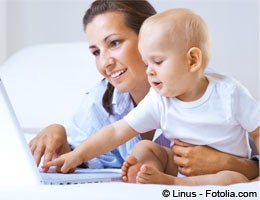 You contribute to a 401(k) through work. Or you’re a stay-at-home spouse with no income.

In either case, you can still probably use an IRA to save for your retirement, says Slott.

Workers already contributing to a 401(k) can most likely still make contributions to an IRA if they want, he says. “A lot of times they think if they’re in a company plan, they’re not allowed,” he says. “But that’s not true.”

Earn above a set income, though, and you may not get the full tax deduction for your traditional IRA contributions, says Slott. But that income ceiling won’t affect most wage-earners, he says. IRS Publication 590 provides details about IRAs.

With a Roth IRA, there is no tax deduction, “but there are some high-income limits for who can contribute,” he says.

Not working outside the home? As long as your spouse is earning enough to cover the contribution, you can fund your own spousal IRA in your own name, he says. 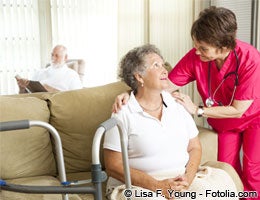 One area many people don’t consider in their retirement planning is medical costs.

Often, younger workers assume that Medicare covers everything, but it doesn’t.

After the age of 65, the average couple will spend about $260,000 out of pocket on health care, including insurance premiums and nursing home care, according to a 2010 study by the Center for Retirement Research at Boston College.

“The problem is most households don’t have $260,000 in the first place,” says Webb. “What it means is that in practical terms, a lot of households face the risk of impoverishment or ending up on Medicaid.” 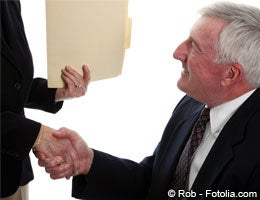 Many of today’s “retirees” are staying in or rejoining the workforce.

For some, it’s a financial necessity. For others, it’s a chance to pursue interests or careers they put off in their younger years. And for many, it can be a combination of both.

“And maybe the nature of retirement is changing,” says Webb. “It’s less of a clean break.”

Postponing Social Security payments or retirement account withdrawals often means you’ll get more when you do tap those sources.

For those retiring over the next few years, delaying collecting Social Security from 62 to 70 can mean a 76 percent increase in benefits, says Webb.

Seniors face a greater risk of having to leave the working world because of health, and also of “being prematurely ejected from the workforce,” says Webb.

Think beyond the money 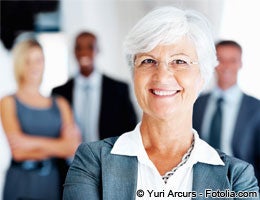 When you’re planning and saving for your golden years, don’t hesitate to think beyond the money.

Throughout your working life, “Keep your eye on the next job, and prepare so that (your) skills are what employers are seeking,” says Rix.

It also doesn’t hurt to be a little entrepreneurial, says Martin Yate, author of “Knock ‘Em Dead: Secrets and Strategies for Success in an Uncertain World.”

If you find something that gives you joy, stick with it, he says. Figure that in time, “I will learn how to make a buck,” Yate says. “And in my 50s and 60s, I will either have a little business on the side or be prepared to launch one.”

And if your needs and interests change or get refined as the decades go by, that’s OK, says Yate.

Whatever your entrepreneurial dreams, you’ll be using and sharpening many of the same transferrable skills you use in your “day job,” he says. “It will help you be successful.”