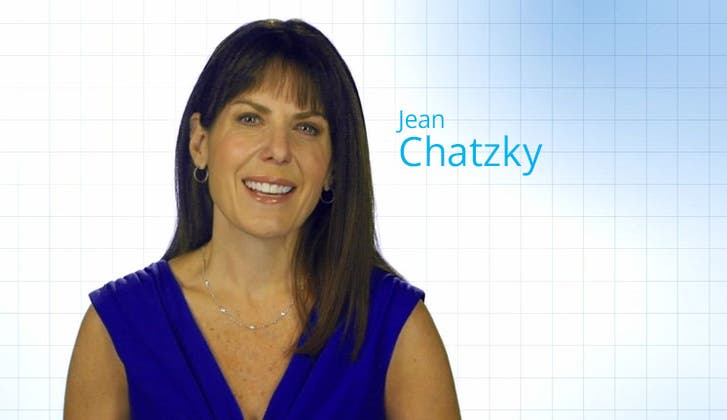 Annuities make a very appealing pitch: monthly income for life. Their complexity and the range of choices have often left consumers feeling skittish about them, but in a volatile investment climate annuities might represent a safe haven.

Why might you think annuities are outside your comfort zone? They’re a financial product issued by insurance companies, but “the insurance industry has not done a very good job recommending products that specifically fit their clients’ needs,” explains Tom Warschauer, professor of finance at San Diego State University. “They look at what they want to sell and find a place for them in everyone’s portfolio.”

One big issue has been the lack of transparency about charges embedded in annuity products; it has sometimes been difficult to decipher those costs. “There’s a lot of room for abuse,” says Warschauer, who’s also the director of the Center for the Study of Personal Financial Planning at San Diego State.

He’s not the only one with concerns. “The costs associated with the purchase of individual annuities eat away at the overall retirement nest egg,” says Beth Almeida, former executive director of the National Institute on Retirement Security. “So a retiree may get a regular check, but their overall retirement income is diminished.”

Still, she notes that, “Retirees and near-retirees are likely seeking safe haven.” Warschauer agrees, adding that annuities “have some very valuable uses in retirement planning” in this economic climate.

During your working years, return on investment is generally a primary financial focus. But in retirement, “the new ROI is ‘reliability of income,'” says Robert E. Sollmann Jr., executive vice president of retirement products for MetLife.

“The painful lesson we are learning from today’s market is that the conventional wisdom — ‘diversify’ — isn’t cutting it. … The guarantees provided by annuities that can deliver regardless of market performance” are needed to balance a retirement plan, Sollmann says.

Think annuities may be worth a look? With so many annuity types, it’s easy to get overwhelmed by the possibilities.

Let’s start with some basics definitions: Annuities are life insurance contracts sold by insurance companies, brokers and other financial institutions, and they provide a regular periodic payment to a policyholder for a specified period of time. They are paid for before retirement in exchange for lifetime payments after retirement and are intended to provide a regular level of retirement income to meet day-to-day living expenses.

Fixed annuity. The insurance company guarantees that the principal pays a minimum rate of interest. As long as the company is financially sound, money in a fixed annuity will grow — not drop — in value. The growth in value or the benefits paid may be fixed at a dollar amount, at an interest rate or by a specified formula. The interest rate usually starts out as a fixed percentage and is adjusted annually.

Variable annuity. Your money is invested in a fund similar to a mutual fund — but one open only to the insurance company’s investors. The amount paid out depends on the performance of the fund.

“I’m a real advocate of fixed annuities,” says Warschauer, who draws the comparison to a fixed versus variable mortgage rate. “It’s obvious with a fixed mortgage you’re more secure. When you’re in your retirement years, you really want to be able to count on the cash in-flow, and the fixed annuity does that.” Of course, the fact that it’s fixed means it doesn’t go up with inflation. His recommendation: Package a growth element within your IRA or 401(k), and then shift money out into immediate fixed annuities for daily living expenses.

On the variable annuity route, consider products that come with bonuses or guarantees such as living benefit riders, says Bayne Northern, a vice president with Penn Mutual Life Insurance. Variable annuities that include bonuses “may actually ‘replace’ what you have just lost in the market,” Northern adds.

But guarantees as part of a variable annuity come at an added expense, cautions Peter Miralles, president of Atlanta Wealth Consultants. “Generally the guarantees are diminished when withdrawals are made while the market value is down.”

Shaun Golden of Golden Wealth Management in Riverhead, New York, recommends living benefit riders, which can be found in variable annuity contracts. He says they offer a “lifetime of guaranteed income regardless of financial market conditions.” Golden, who has positioned a portion of his clients’ assets into these types of annuities, says he’s getting expressions of appreciation for protecting “the income which we count on each month.”

Sollmann says variable annuities with an income rider are worth considering for those who are still saving for retirement and who want the potential to grow assets along with income protection, even in down markets.

1. Immediate (or income) annuity. Available as fixed, variable or a combination of both, the immediate annuity is designed to produce a stream of income soon after its purchase. This option would generally appeal to someone age 60 or older. Warschauer believes fixed immediate annuities are what near-retirees and retirees should consider first.

2. Deferred annuity. You give the company a large sum upfront or make monthly payments until you reach retirement age. The money grows tax-free until you retire. This works best for someone who has a big chunk of change to put down and at least 20 years for the money to grow tax-free before setting up a schedule of lifetime payments that would start after retirement.

3. Lifetime income annuity. This product provides income for the remaining life of a person (or people, if a two-life annuity is purchased), according to the Insurance Information Institute. The amount paid depends on age, the amount paid into the annuity, and (if it’s a fixed annuity) an interest rate set by the company. David F. Babbel, professor emeritus of insurance at the University of Pennsylvania’s Wharton School, says lifetime income annuities should play a substantial role — 40 to 80 percent of retirement assets — in the retirement arrangements of most people.

4. Inflation-adjusted annuity. This feature is added to lifetime income annuities to protect purchasing power, regardless of whether inflation or deflation occurs, Babbel says, adding that only a handful of insurers offer this feature. He also suggests seeking an annuity with a preset annual rate of increase, such as 1 to 6 percent per year. As an alternative to the inflation-adjusted annuity, he suggests having a fixed immediate annuity with a deferred, flexible premium annuity as a supplement. The flexible premium annuity can be activated as needed, “and if inflation really takes off, you can use the flexible premium feature to increase the size of your annuity,” he says.

A final word of wisdom: Be careful whom you do business with. “An insurance company can go out of business,” points out Warschauer. “There is no guarantee that if a company goes out of business, they won’t take the variable annuity or fixed annuity holders with them.”

That’s why it’s worth taking the time to do some research into the soundness of the company issuing the annuity. Check financial ratings provided by A.M. Best, Moody’s and Standard & Poor’s, among others.

If you’re worried about financial stability, Warschauer points out that ordinarily annuity issuers purchase each other’s customers when a company goes under. “They will buy that package of annuities and take them over. But there have been cases where the annuities have simply failed.”

Conclusion: Annuities can be a rescue vehicle for many retirees — just proceed with caution.