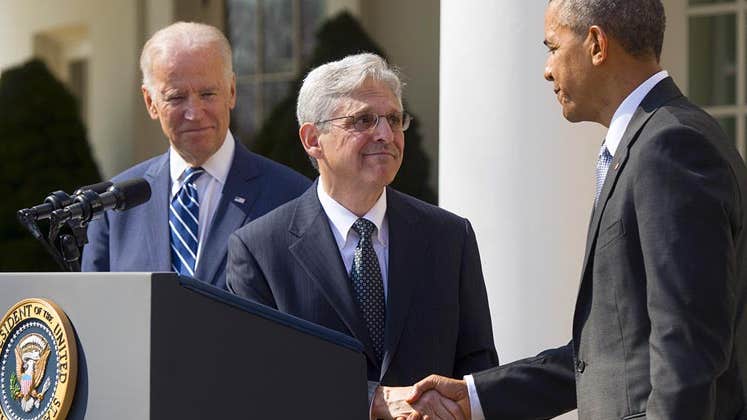 But that doesn’t make it easier to read how Judge Merrick Garland, chief justice of the U.S. Court of Appeals for the District of Columbia, would rule on issues that could impact your finances.

Depends on your perspective

“I suppose that that is a 2-edged sword in that if you are in an administration that is committed to regulation in the name of helping consumers, then deference to the agency might be a good thing,” says Stephen Wermiel, a constitutional law professor at American University in Washington, D.C. “If you’re in an agency that is not as excited about helping consumers or an administration that doesn’t have that commitment, and he’s deferring to the agency, you might not like the outcomes that much.”

I’ve selected a nominee who … brings to his work a spirit of decency, modesty, integrity, evenhandedness and excellence.”
— President Barack Obama

Seen as a moderate

Garland, 63, has served on the D.C. circuit since 1997 and rose to chief judge 3 years ago. Most cases that reach Garland’s courtroom revolve around regulatory issues.

The judge is seen largely as a moderate, and has won both praise and criticism in the past from both sides of the aisle. He has taken a traditionally narrow view of the role of the court system, Wermiel says.

Obama, in announcing the nomination Wednesday morning, said, “I’ve selected a nominee who is widely recognized not only as one of America’s sharpest legal minds, but someone who brings to his work a spirit of decency, modesty, integrity, evenhandedness and excellence.”

So, what does Garland’s legal resume tell us about how he might rule on some of today’s big consumer issues, like your right to sue or how much you pay to borrow money? Here’s a sample:

“If you actually believe that to be on the Supreme Court you ought to be a smart, intelligent, experienced, hardworking, ethical person, it’s hard to imagine a more qualified individual in the country,” Wermiel says.

What a Republican blockade means

Republican lawmakers have repeatedly said they will block any nominee Obama brings forward during his last year in office. Senate Majority Leader Mitch McConnell, R-Ky., restated that view Wednesday during a floor speech: “The American people may well elect a president who decides to nominate Judge Garland for Senate consideration. The next president may also nominate somebody very different. Either way, our view is this: Give the people a voice in filling this vacancy.”

Consumer groups, meanwhile, have called on the Senate to hold hearings on the president’s nominee.

“From our perspective, we feel that President Obama is in a good or excellent position to choose the next Supreme Court nominee,” says Linda Sherry, director of national priorities at watchdog group Consumer Action.

Still, the GOP blockade has set the stage for an ugly election year battle — and it leaves several key consumer issues before an evenly divided court.

Indeed, following Scalia’s death last month, the current 8-member Supreme Court is made up of 4 generally liberal justices and 4 generally conservative justices. There are a number of consumer finance cases on the high court’s docket that could be affected by a 4-4 split, meaning the high court would have no say.

That means in the case of a tie vote, the lower court decision would stand on issues ranging from peer-to-peer lending to whether or not you can claim damages, even if you aren’t injured.