The history of the iPhone in pictures 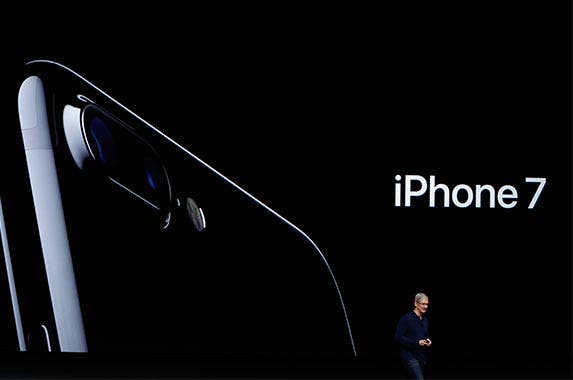 The history of the iPhone

The iPhone has come a long way since Apple, with Steve Jobs at the helm, launched the device in June 2007.

While the 1st generation featured a 3.5-inch display, consumers now can purchase the smartphone that revolutionized the industry with a display as large as 5.5 inches.

Today, it’s expected that Apple, under CEO Tim Cook, will debut the next in the product line – the iPhone 7 and 7 Plus. Apple may be getting rid of the headphone jack. But the new iPhone could include an improved camera, higher storage capacities and a faster processor.

The big announcement is scheduled for 1 p.m. EST at the Bill Graham Civic Auditorium in San Francisco.

Apple is expected to keep prices in check, which means iPhone adopters will continue to get more for their money over time.

Check out how the iPhone has transformed since its inception, and see what could be coming. 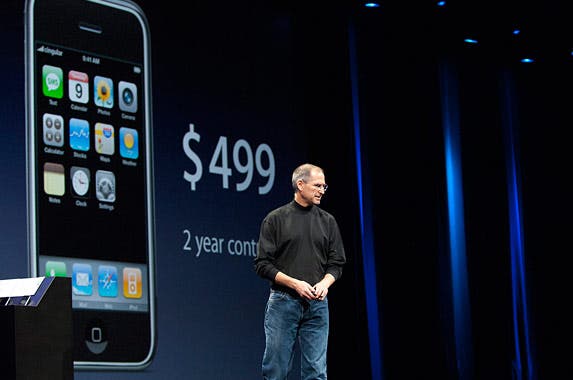 Price: $499 for the 4GB model ($579 in today’s dollars, according to the inflation calculator from the Bureau of Labor Statistics)

Specs: The iPhone breaks out as a revolutionary mobile device. It’s a smartphone and iPod with touch controls, email, web browsing and maps. It features visual voicemail, a 2-megapixel camera and photo management. 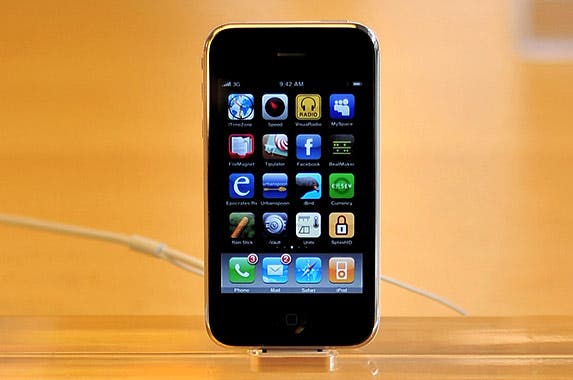 Specs: Apple improves on the 1st generation iPhone with more storage, 3G networking, built-in GPS and new software. It also starts offering the device with a 2-year contract, making it a cheaper upfront investment for consumers. In addition, the App Store launches, opening up new frontiers on how people use their phones. 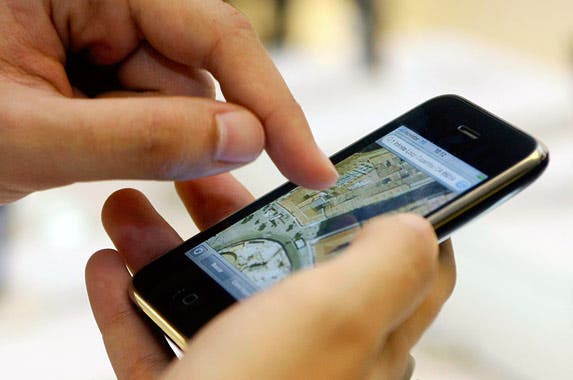 Specs: Up to twice as fast as the 3G, the 3GS is launched with performance improvements, including a longer battery life, a 3-megapixel autofocus camera, easy video recording features and hands-free voice control. Apple, for the 1st time, also introduces a model with 32GB of storage. 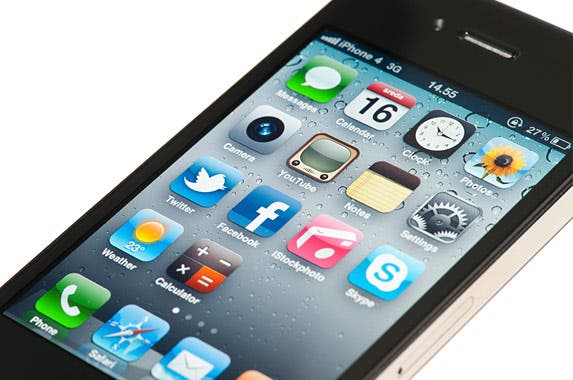 Specs: The iPhone 4 sees the introduction of FaceTime, the Retina display and a 5-megapixel camera with LED flash and HD video recording. It also gets a new processor. The 8GB model is discontinued. 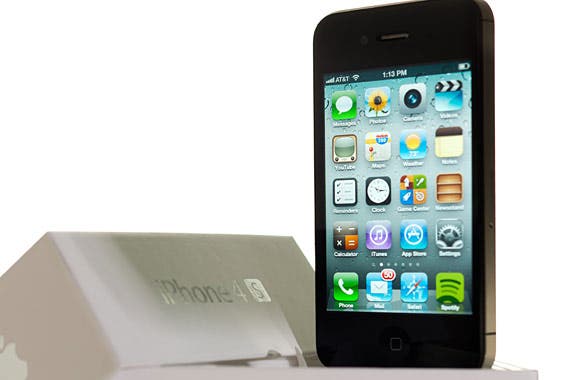 Specs: The intelligent assistant Siri debuts on the iPhone 4S. Other upgrades include a new dual-core A5 chip for faster performance and improved graphics. It also gets a new camera and 1080p HD resolution video recording. A new 64GB model debuts. 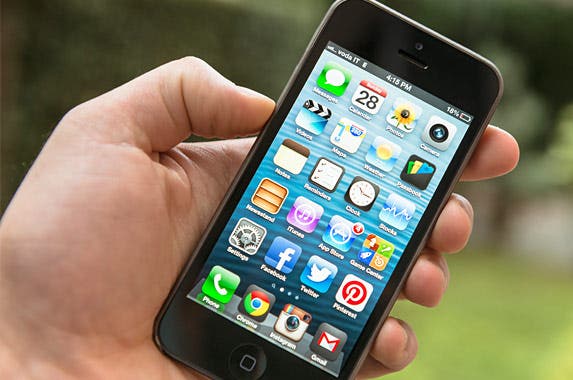 Specs: The iPhone 5 sees a complete redesign. It’s thinner, lighter and offers a larger, 4-inch display. This generation gets an A6 chip, making the phone faster with longer battery life. Apple also includes its new maps feature with turn-by-turn navigation in addition to Facebook integration, passbook and updated features to Siri. 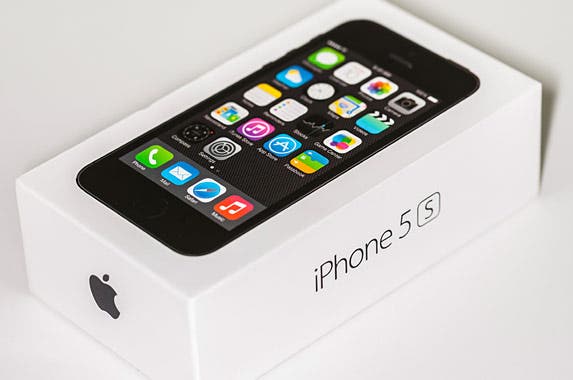 Specs: With the all-new A7 chip, the iPhone 5S becomes the fastest iPhone on the block. This generation features an 8-megapixel camera and Touch ID, a way to unlock the phone via fingerprint. Different color choices are included with this version — gold, silver or space gray. 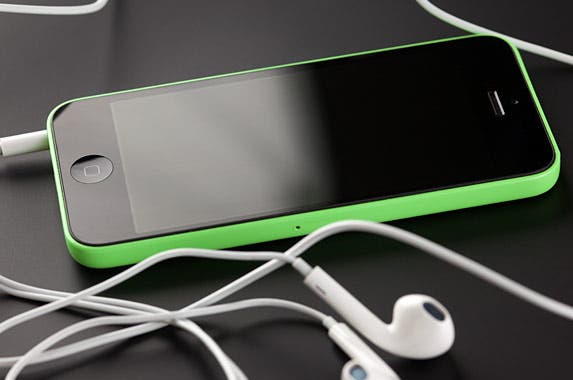 Specs: Apple introduced the 5C as a budget version of the iPhone 5, with an A6 chip, an 8-megapixel camera and a 4-inch display. Consumers have a variety of color choices with this version — blue, green, pink, yellow and white.

Specs: Apple completely redesigned the iPhone 6 and increased the size to a 4.7-inch HD display. It includes an A8 chip for faster performance and longer battery life. The phone also continuously measures motion data, even when the device is asleep. It’s available in gold, silver or space gray. 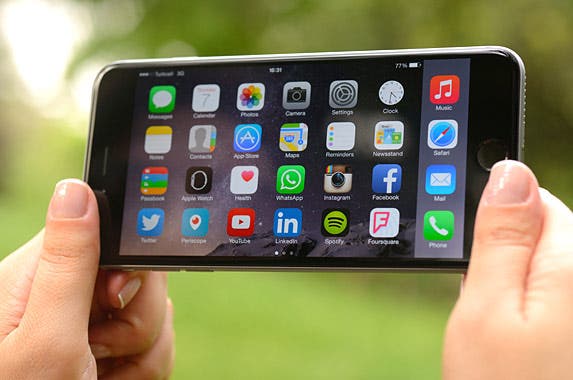 Specs: With a 5.5-inch display, the iPhone 6 Plus is introduced with the iPhone 6 and is dubbed as somewhat of a “phablet.” In addition to all of the features of the iPhone 6, the Plus also boasts optical image stabilization. 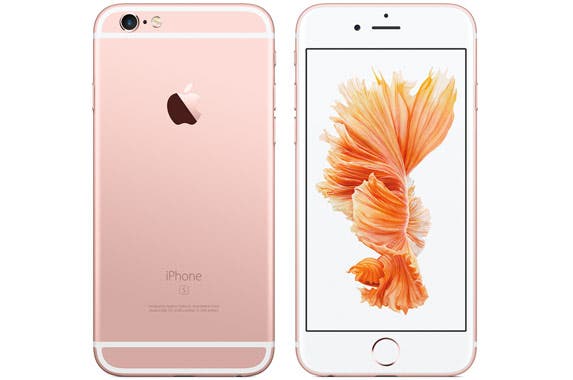 Specs: In addition to a new rose gold color choice, the iPhone 6S debuts with the all-new A9 chip, making it 70% faster than the previous generation processor. Graphic performance is 90% faster. It also gets a brand-new M9 motion processor, a 12-megapixel camera and 3D Touch, which senses force to offer new ways to interact with the phone. Size remains unchanged. 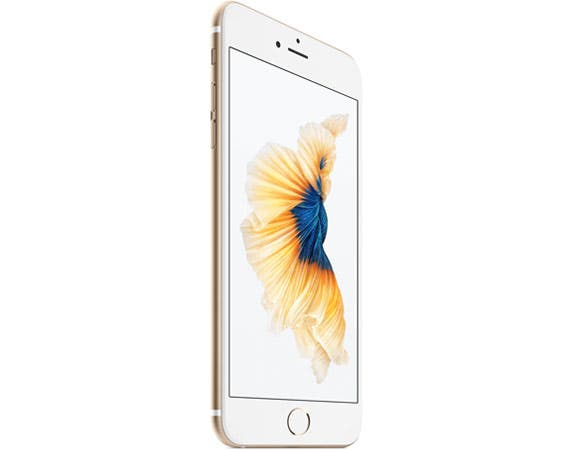 Specs: The iPhone 6S Plus has all the new innards of the 6S and the added feature of optical image stabilization — just like on the iPhone 6 Plus. Both phones also get a new Live Photos feature and improved high-definition video. Also, the “Hey, Siri,” feature begins working without the need to plug in the iPhone. 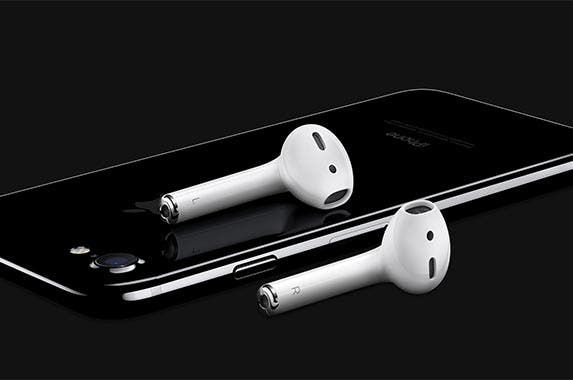 Tentative specs: Like previous generations, the iPhone 7 is expected to come in a 4.7-inch model, according to CNET. Notably, Apple reportedly is getting rid of the headphone jack and adding a pressure-sensitive home button. Storage capacities will likely be higher and the processor is slated to get an update. 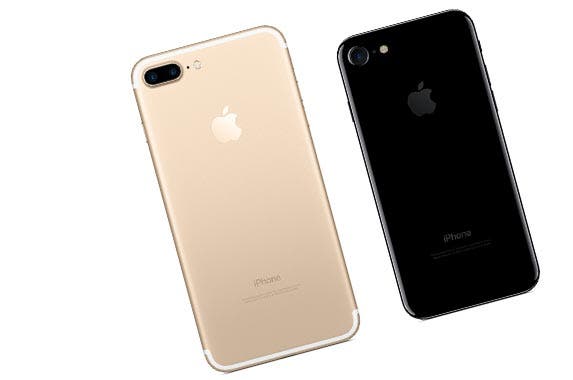 Tentative specs: Along with all of the features of the iPhone 7, the iPhone 7 Plus reportedly will come in a larger 5.5-inch model, like the previous generation. It’s also expected to come with a dual-camera system, exclusive to the Plus.