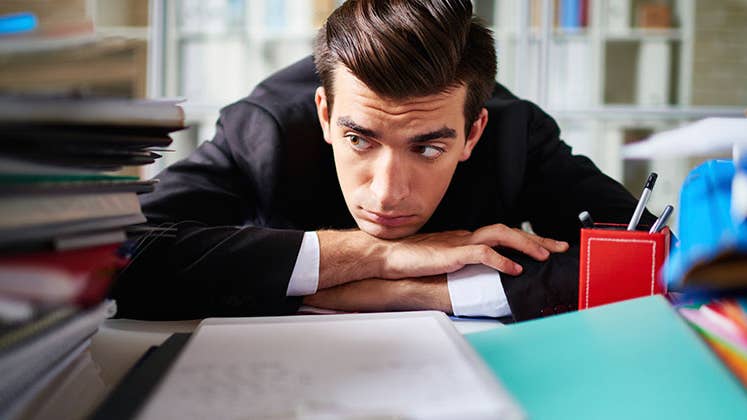 It appears employers are not in a charitable mood, as just 1 in 4 American workers expects to receive a pay raise, a year-end bonus or both this holiday season, according to the latest Bankrate Money Pulse survey.

Among those workers anticipating a pay bump or a bonus, just 17% plan to spend that money on Christmas gifts. Instead, an overwhelming 76% say they will put their raise, bonus or both toward shoring up their finances by:

While the economy is growing — with unemployment now at a 7-year low — economists suggest workers will believe it only when they see it in their paychecks.

“The relatively low percentage of workers with a pay raise or holiday bonus reflects the still-impaired job market where there are not sustainable pay raises yet,” says economics professor Jonathan Silberman of Oakland University in Rochester, Michigan. “The reason they don’t plan to spend it is because they view it as one-time, temporary. If they felt it was more permanent, I think they would be more likely to spend more of it.”

“The headline unemployment rate is a notably rosier indicator than lots of other measures of labor market slack, including the really slow pace of wage growth the last 5 to 6 years,” he says. “I still see a labor force that seems really cowed, that seems to think the economy is really fragile and is not at all confident that they would be able to find something like an equivalent job if they lost the one they have now.”

Bivens says the “quit rate,” which measures the number of workers who leave their jobs voluntarily, hasn’t yet responded as expected to the statistical drop in unemployment.

“Usually, when the unemployment rate gets quite low, you see a big uptick in the quit rate; workers are usually pretty confident they can leave the job they have and find an equivalent or better job. That’s one sign of a really tight labor market where workers have some bargaining power to where they’re actually willing to quit,” he says. “But the quit rate is still out of sync with the unemployment rate. We still have some pretty spooked workers out there about the state of the economy.”

What workers most want

Little wonder that 4 in 10 workers chose a pay raise over better health insurance (18%) or an improved work-life balance (16%) as the single job-related change they most want in 2016. In fact, fully half of middle-income workers earning between $30,000 and $49,999 ranked higher pay as their No. 1 wish.

“That doesn’t surprise me,” says Michael Ettlinger, the founding director of the Carsey School of Public Policy at the University of New Hampshire at Durham. “The advantage of a pay raise over the other options is that you can, to some extent, buy your way out of the other things. It’s just the most concrete option.”

Nor was Ettlinger shocked that the desire for improved health insurance ranked No. 2.

“I think what it reflects is, for decades there has been a huge variation in the quality of health coverage you get through your employer,” he says.

Nearly one-third of workers aren’t insured through their employer and many others are underinsured, Ettlinger says. “While 18% is not a very high number given how many employer-provided health policies aren’t very good, those are the people who have lousy health insurance through their job. For those people, it’s a very big deal.”

What regional differences may mean

Ettlinger noted regional differences in the survey responses, especially where savings and health insurance are involved.

“Fifty-two percent in the Northeast and 47% in the West say they would increase savings (if they received a pay bump), but it’s in the 20s in the Midwest (28%) and South (20%). In general, it seems like people in the Northeast are feeling more financially secure and less desperate,” he says.

If there’s a bright light in this otherwise non-festive assessment of the mood of working Americans, Ettlinger says it may be in the paltry 10% who dream of a new job in the new year.

“In some ways, it’s an encouraging sign that 90% of workers aren’t miserable where they are,” he says. “That just 10% are deeply dissatisfied with where they are isn’t a particularly high number. That’s a sign of a stronger labor market.”

Methodology: Bankrate’s Money Pulse survey was conducted Dec. 3-6 by Princeton Survey Research Associates International with a nationally representative sample of 1,000 adults living in the continental U.S. Telephone interviews were conducted in English and Spanish by landline (500) and cellphone (500, including 299 without a landline phone).

Statistical results are weighted to correct known demographic discrepancies. The margin of sampling error is plus or minus 3.7 percentage points for the complete set of data.