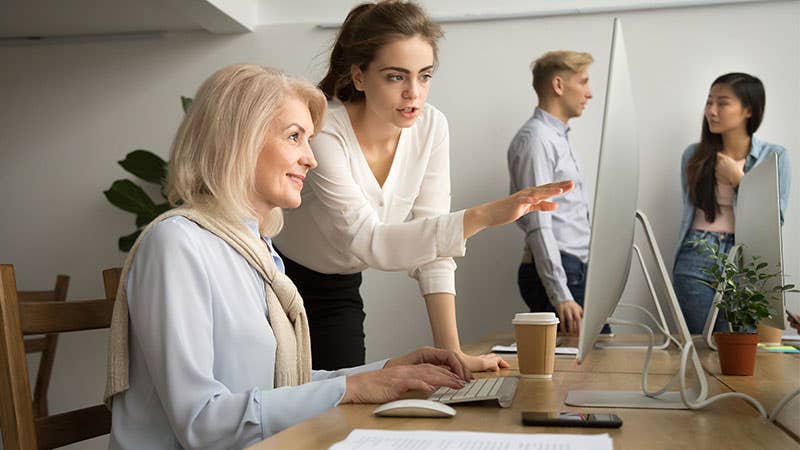 Is it time to make a midlife career change?

You can’t take the hours. Your work no longer feels meaningful. Or you got shoved out in a recent downsizing.

Whatever your motivations for making a midlife career change, you’re in good company.

Nearly 60 percent of American workers say they would choose a different career if given the chance to begin anew, according to a 2012 survey from Yahoo Finance and Parade Magazine.

But starting from scratch in your late 30s, 40s or 50s is a far more risky proposition than for those who are fresh out of the frat house.

“I’m almost glad I didn’t know how hard it would be on me and my family, or I might have talked myself out of it,” says Ron Trenouth, a former actor who was working at a New York architecture firm when he decided to go back to school part time for his Master of Business Administration degree at age 42.

Before you give up your current career, you’ll need to assess the advantages and disadvantages and test-drive your budget to determine whether your savings are sufficient to support your lifestyle during the transition, says Cathy Goodwin, a Philadelphia-based career coach and founder of MidlifeCareerStrategy.com.

First, though, take emotions off the table.

If you are going through a divorce or have recently been passed over for a promotion, now is not the time to make a change, Goodwin says, noting mental focus is imperative.

While still collecting a steady paycheck, she says, complete any certifications or coursework you’ll need to reposition yourself in the job market, as Trenouth did, thus minimizing an employment gap.

Take advantage, too, of leadership opportunities and training classes available within your company that may help bolster your resume for future employers.

“It’s irresponsible to just quit your job,” Goodwin says. “You want to leave on your own terms.

“If you just got let go,” she adds, “find some other way to pay the mortgage first, and then pursue a career change.”

It’s also important to perform a skills assessment (dozens can be found online for free) to help identify career options based on your areas of interest.

“Is the job aligned with your interests, not necessarily the skills you have, but the ones you’d like to use?” asks Lynn Berger, a New York City-based career coach. “You want your work to be in line with your values, personality and temperament.”

Robert Hellmann, of Hellmann Career Consulting in New York, says any occupation you’re considering should bring you closer to your long-term goals.

“Prioritize the things that you can’t compromise on,” he says, such as making a certain amount of money per year or being your own boss.

Next, conduct market research to determine whether the jobs you’re considering are in a growth field and what the day-to-day responsibilities include. Many jobs (such as forensic investigator or owning a bakery) appear glamorous on TV, but the reality is often more mundane.

Think, too, about any transferable skills you have that may provide an easy transition into a related, but different, field — thus mitigating the impact of having to start from the bottom. That may include computer skills, project-management success, strong negotiating skills or a detail-oriented personality.

“When it’s a related line of work, you can make the transition faster,” Hellmann says.

Get out there and network

You should also spend time networking with those who work in your desired field, Berger says.

That might include leveraging social media, but you should also use tried-and-true traditional face-to-face methods. Read trade journals, attend professional meetings, and volunteer at conferences and events that bring you closer to the people who hire.

For pros and cons, ask point-blank questions of those who do the job to which you aspire.

“Shadow people in the field so you get a chance to touch and feel it,” Berger says. “Are these the kind of people you want to be spending time with?”

And is this the type of work you want to spend time doing?

At the same time, you’ll need to crunch the numbers to determine whether the move you’re considering is financially feasible. Career changes cost money — often, a lot if it involves studying for a college degree.

“If you love what you do, you can conceivably climb mountains, but understand that money is practical,” says Berger, who points out that a midlife career change often involves a reduction in lifestyle.

Consider also the possible impact of reduced retirement contributions, as a future employer may not match contributions at the same rate.

If you’re starting your own business, such as a consulting firm or photography studio, the financial stakes are higher still. Estimate how long it will likely take to be profitable, using the most conservative industry data, and determine whether your savings can supplement your income until the paychecks start rolling in.

Expenses may include new equipment such as computers, business suits, office space and health insurance.

Berger suggests making a practice budget. Estimate your projected earnings and compare that to your monthly expenses.

The Bureau of Labor Statistics provides national wage and salary averages by occupation on its website, while sites such as Salary.com, PayScale.com and Monster.com enable searches by job description and ZIP code for more regional data.

Ask yourself why you are quitting

One final tip, Berger says: Before you bail on your current job, take a moment to explore your reasons for walking away.

Your lack of job satisfaction may be tied to a specific supervisor or office culture. Perhaps you’re not challenged enough, or you aren’t a personality fit for the job you were hired to do. Those issues could be resolved by transferring to another department within your company or changing employers in the same line of work, which would enable you to leverage the work experience you already have, Berger says.

“A key distinction is whether it’s the role or the environment,” she says. “Sometimes you might be able to stay in the same role; but change the environment, and it’s a completely different experience.”

The decision to change careers, especially later in life, should never be taken lightly.

For Trenouth, who landed an offer from a top marketing firm despite the tough job market, the four years it took to finish his MBA ultimately paid off.

“I’m of the mindset that education is never a waste, but you’re still spending a lot of money for a degree, and you hope you’re going to be able to find a job that uses those skills,” he says. “It was a gamble on my part.”