8 tips for joining the freelance workforce

Several years after the peak unemployment of the Great Recession, when 10% of the nation’s workforce was out of a job, the U.S. labor picture is improving. But the rebound isn’t just about a return of jobs in the traditional sense. Increasingly, work in America is a freelance affair.

“Freelancing is the new normal,” says Sara Horowitz, founder and executive director of Freelancers Union, a New York-based organization that provides resources and access to group insurance plans for freelancers.

According to a recent study commissioned by Freelancers Union and Elance-oDesk, one-third of the American workforce is freelance. Of the nation’s 53 million freelancers, the largest group, 21.1 million, work as independent contractors.

The smallest segment of freelancers — 5%, or about 2.8 million people — is small-business owners. Meanwhile, another 14.3 million (27%) are “moonlighters,” working on a freelance basis to supplement their income. And while it’s true that many freelancers work on a temporary basis, the data show that temp workers account for only about 10% of the overall workforce, according to the Bureau of Labor Statistics. 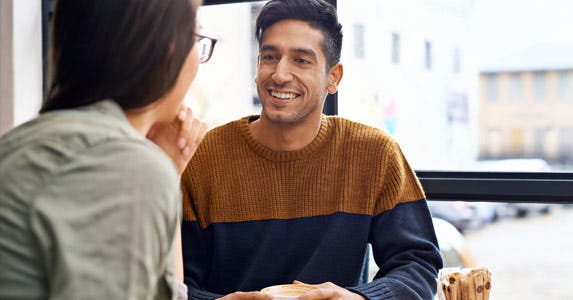 While networking is sound advice for all job seekers, it’s especially important for freelancers who never know where the next opportunity will come from, says Stefanie O’Connell, a New York-based freelance writer and founder of The Broke and Beautiful Life.

It’s a fine line, but it’s important to make sure that you’re sharing expertise in a positive, humble way.”
– Stefanie O’Connell, The Broke and Beautiful Life

“Never underestimate the power of any relationship, whether it’s friends and family or a distant social media connection,” O’Connell says.

Staying front and center in the minds of the people in your social network isn’t easy. The key is to focus on sharing your expertise, she says.

“You don’t want to brag, but you do want to share value,” O’Connell says. “It’s a fine line, but it’s important to make sure that you’re sharing expertise in a positive, humble way.”

When you get a chance at an assignment, it’s best to treat it like you would a job interview, says Robyn Davis, who runs When I Need Help, a consultancy in Columbia, South Carolina.

“Mentally prepare a few great examples that illustrate your past work or transferable skills so that you are ready to share only the most relevant stories with each new contact,” Davis says. 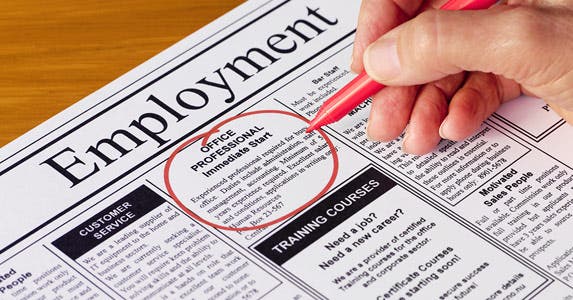 Job ads are still important, too

While networking is essential, the old-fashioned job ad can still be a great opportunity for freelancers. Susana Ash, a Philadelphia-area technical designer for the garment industry, has worked as a freelancer and found answering job ads to be an effective strategy for picking up assignments.

“I’d answer full-time job ads in the trade magazine that advertised for my (skill set),” she says. “My response would be, ‘I know that this is for a full-time position, but I’d be happy to help you in a freelance capacity until you do find the right person.’ I got many jobs that way.”

Sometimes, the freelance assignment might even lead to a full-time job offer, Ash says, although she didn’t want to be tied to one company. Still, some people freelance by necessity while they’re looking for a full-time job, so the strategy of applying to open job postings as a freelancer can be a good one, no matter what your ultimate goal is. 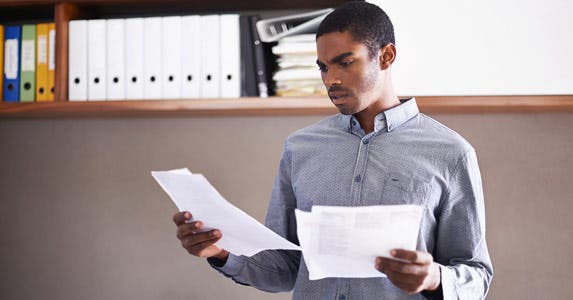 Depending on the industry, a freelancer may end up working under a written contract or under terms that aren’t nearly as formal. But no matter what form the working agreement takes, it’s important for freelancers to nail down 3 basic terms, says Termeh Mazhari, a freelance marketing and public relations consultant in New York City.

First, the agreement should cover the scope of the work to be performed. “A brief description of the project is usually fine,” Mazhari says.

Second, freelancers and those who hire them should agree to a timeline for completing the project. Ideally, that timeline will include a deadline, dates for delivering work in progress and some idea of what to do if those deadlines aren’t met.

“It should also include how you will be paid (e.g., check, wire transfer, PayPal), and it should say when you will be paid,” Mazhari says. “It’s also a good idea for the agreement to lay out the consequences for late payment or early termination of the contract.”

As a freelancer, you should know your credit score. It’s important for many types of loans. Get yours for free at myBankrate. 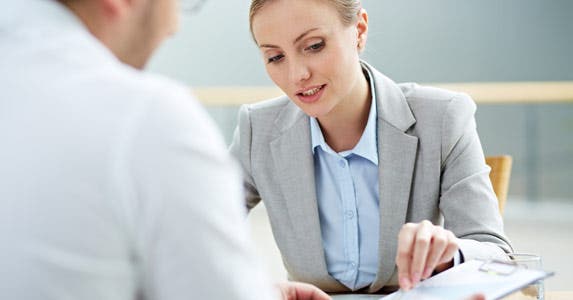 In some cases, freelancers may want to hire a lawyer, but that’s not always necessary, says Devon Smiley, a negotiation consultant in Montreal.

“It can be daunting to sign a contract filled with legal terminology that you may not understand, and you shouldn’t sign until you do,” Smiley says.

But that doesn’t mean a freelancer has to hire a lawyer. In many cases, getting legal help won’t be covered by a freelancer’s limited budget, Smiley says.

“Professional organizations in your field may have resources that will explain the key terms,” Smiley says. “It’s also a good idea to check with colleagues who can help you pinpoint which clauses will be most important, and what red flags you should watch for.” 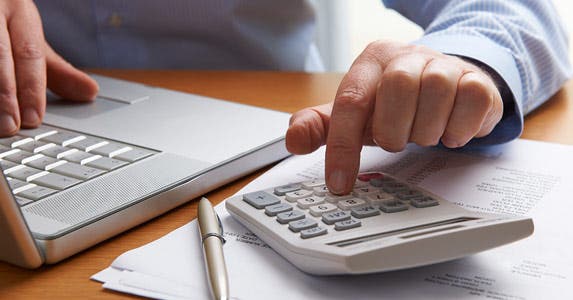 When it comes to setting their rate, many freelancers say there are no strict rules. If you work through online platforms that match freelancers with assignments, you may be working for less than minimum wage, says Steve McCardell, a freelance writer in Rochester, Michigan.

“You need to honestly assess what you need to earn in a month,” McCardell says.

Typically, freelancers make the mistake of thinking that they’ll work a 40-hour week. Often, freelancers spend time marketing their services and running their own operation. That time should factor into your overall rate because it’s part of your costs.

Of course, the marketplace also gets a vote. Many freelancers find that there’s a gap between what they need to make to survive and what clients are willing to pay.

“It may be that you won’t be able to get the rate you need in the current market,” McCardell says. “If that’s the case, you might want to moonlight to get experience, build a client base and push your rate up over time.” 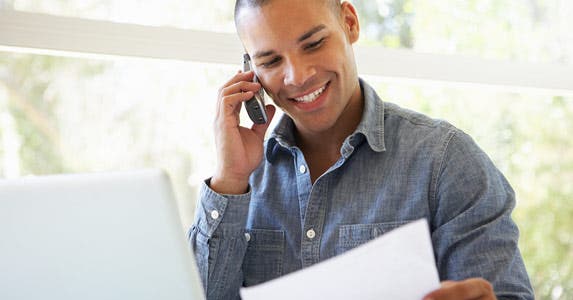 Look for a steady client or 2

Whether or not you see your freelance work as a business, many freelancers say it’s important to take a businesslike approach when assessing clients.

“The key to freelancing is to lock down an anchor client that will allow you to grow, because you know that every month you can count on a certain amount of revenue from that business,” says Chris Farkas, CEO of eAlchemy, a San Francisco technology consultancy.

To be sure, getting that anchor client isn’t easy. But Farkas says the best strategy is to focus on quality work over revenue, especially in the early going.

“Quality is where you’re going to get the most value in the long term,” Farkas says. “Bargain-seeking clients are notoriously bad clients because they have a low conversion rate as prospects, string out the sales process trying to obtain free services and are often slow to pay, if they do so at all.” 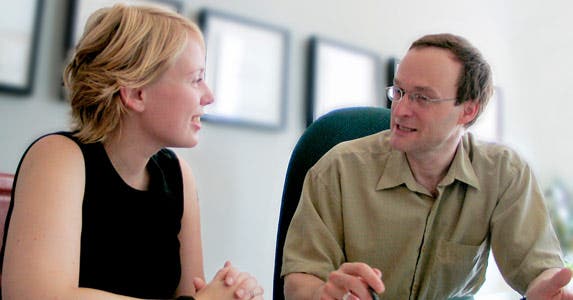 Many Americans get health insurance, disability coverage and even life insurance through their employers. So if you’re planning to freelance, insurance is something you’ll need, says Billy Van Jura, founder of Birchyard LLC, an insurance brokerage in Poughkeepsie, New York.

“Without the luxury of a spouse (who has) benefits, freelancers need to do some shopping,” Van Jura says. “For health, depending on your state, you probably have limited, predefined options under the Affordable Care Act. But you also may want to consider a local broker.”

For disability and life insurance, Van Jura advises freelancers to set a budget and determine the maximum amount of coverage they can afford. Freelancers can work with a broker to find a policy, but they should also look to their bank, credit card company, professional organizations and even the local chamber of commerce.

“The bottom line is you should get something,” Van Jura says. 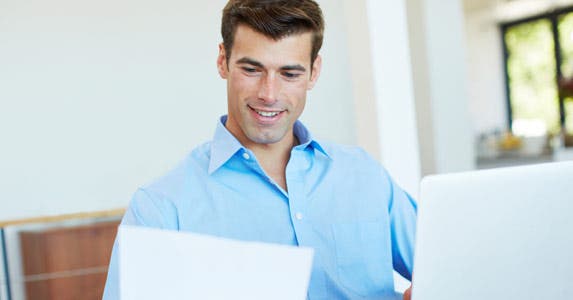 While freelancers are right to focus on the work they’re hired to do, they can’t afford to neglect the organizational needs of their freelance business, says Angie Nelson, owner of ASN Virtual Services, a Nebraska firm that connects virtual assistants with businesses.

“Don’t fall behind on your bookkeeping,” says Nelson. “While many of us don’t care for accounting, avoiding it until the last minute can become painful and expensive. Thankfully, there are many online accounting software options that were created with freelancers in mind, and most integrate with banks and online payment systems.”

Even so, you still have to make time to categorize income and expenses.

“I find that it’s better to dedicate an hour or two a week to tracking expenses while they’re fresh in your mind,” Nelson says. “If you wait until tax time, you’re probably going to encounter a mess that could take days or weeks to deal with.”