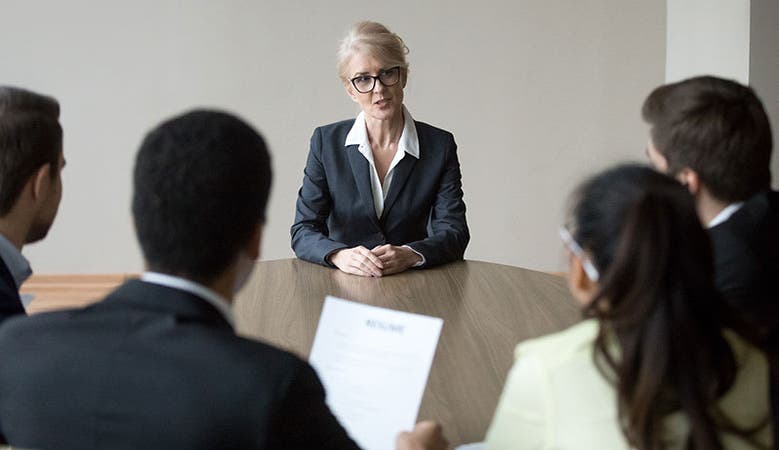 The job market is rough for everyone, but it can be especially brutal to find a job when you’re over 50. While the latest labor statistics show that workers ages 55 to 64 have lower unemployment rates than almost every other age demographic, those who are out of work have a tougher time returning to the job market. According to a report released in May by the Government Accountability Office, the median length of unemployment for workers older than 55 increased from 10 weeks in 2007 to 35 weeks in 2011. By comparison, younger workers topped out at 26 weeks of unemployment.

According to the experts, opportunities abound but older workers aren’t always up-to-date on how to find them. Here’s how you can find a job when you are over 50.

Hone in on the hunt

It’s easy to get lost in online job postings, but landing a position boils down to making the right personal contacts, says Renee Lee Rosenberg, a career coach and author of “Achieving the Good Life After 50: Tools and Resources for Making It Happen.”

“If you’re sending your resume in online to a job board to a listing that’s been posted, you’re competing against thousands of other people,” she says.

Instead of being just another resume in the pile, job hunters need to research professionals in their industry, gain a better understanding of what skills and experience companies in the field need and make personal contacts with industry decision-makers, says Rosenberg.

“(Applying online) is not how most people get jobs,” says Marci Alboher, vice president of Encore.org, a nonprofit think tank based in San Francisco that focuses on helping older workers transition into socially meaningful careers. “Most people find work … through their personal connections and through working their networks, and that’s true at any age.” Even when applying online, Alboher adds that it helps to have a personal connection put in a good word.

Use age as an advantage

Once you’ve discovered who’s hiring, the next step is to create a resume that showcases strengths you can bring to the company, says David Mezzapelle, founder of JobsOver50.com, a job-search site for older workers.

“The biggest costs for these employers, in most cases, are the training and retention of employees,” he says. “One of the most attractive things is the loyalty of the 50-plus sector. They tend to stay on jobs longer.”

In addition to highlighting company loyalty, Mezzapelle says older workers should also let future bosses know if they’re open to flexible scheduling or starting out in a part-time position before moving to full time.

Another major trump card older employees hold over younger ones is experience. To emphasize job-related accomplishments, Rosenberg suggests that older job seekers add a summary statement at the top of their resume that highlights skills, credentials and milestones that the job seeker can bring to the new position.

The resume should also incorporate the same keywords that were used in the job description to ensure that your application package makes it past human resource screening programs, she says.

Under federal law, it’s illegal to make hiring decisions based on age, but ageist stereotypes still exist. Debunking them early can boost your odds of landing a job.

“You can’t be someone who is inflexible and incapable of adaptation,” says Julie Gedro, an associate professor of business, management and economics at Empire State College in Saratoga Springs, N.Y. “That’s why older workers have a bad rap, because we’re seen as unwilling and uninterested in change. I’m here to say that that is just not true.”

One way to show your adaptability is to stay up-to-date in your field during periods of unemployment, says Mezzapelle. If the worker is searching for a job in their current industry, that means highlighting how he is current in that field. If entering a new industry, he should showcase his ability and willingness to learn.

“Some HR managers have preconceived notions that 50-plus candidates are lacking modern education,” Mezzapelle says. “It is a terrible, inaccurate assumption.”

The worst stereotyping older workers encounter is oftentimes the damage they do to themselves. All of the experts interviewed for this article stated that older workers frequently feel discouraged and believe that mature employees can’t find a job because there are none available for them.

“(Age) can be a disadvantage and it can be an advantage. A lot of it has to do with your mindset,” says Encore.org’s Alboher. “If you’re worried that your age will be held against you, the best way to prevent that from happening is to show that you’re plugged in in the field that you want to work in and that you know how things are done today.”